Why It's Important for India to Trade With Latin America

Many believe that trading with Latin America is expensive and therefore should not be a priority. But statistics tell a different story. 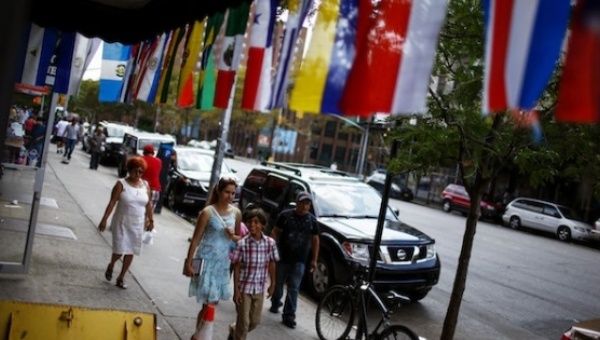 For those who think that Latin America is too far and the cost of freight too high, and therefore that the region should be less important for India’s trade, here is an eye opener from the 2016-17 (April-March) statistics of the commerce ministry of India.

For those who think that it is very difficult for India to compete with Chinese exports, here is another piece of information:

India beat China in export of pharmaceuticals to Latin America. India’s exports were $651 million in comparison to China’s $404 million in 2016. In fact, in the last five years, India has been exporting more pharma to Latin America than China. What is even more interesting is the fact that India imports a bulk of its raw materials from China, converts them into finished formulations and exports them.

(All figures in the table are in million $)

Mexico was the largest destination of India’s export, valued at $3.5 billion, followed by Brazil ($2.4 billion), Colombia ($787 million), Peru ($699 million), Chile ($676 million) and Argentina ($512 million). Export to Mexico has increased by 21% from last year, while it declined in the case of the other large markets such as Brazil, Argentina, Colombia, Peru and Chile.

Value of major exports of India, in million $:

Latin America was the leading destination of India’s vehicle exports with a share of 23% of India’s global exports. Mexico continued to be the main buyer of Indian cars with $1.6 billion accounting for 25% of India’s global exports. Vehicle exports to Mexico have been steadily increasing in the last three years and the increase from last year was an impressive 39%. Colombia, which was the number one buyer of Indian motorcycles came down to the third rank in 2016-17 with imports of $185 million, after Bangladesh and Sri Lanka. In 2016-17 Latin America imported motorcycles worth $354 million from India in 2016-17, which was 25% of India’s exports to the world.

The main imports were crude oil ($9.5 billion), vegetable oil ($2.9 billion), gold and precious stones ($1.7 billion), copper ($1.7 billion), raw sugar ($1 billion) and wood ($309 million). The revenue through sugar imports is generated by mainly by refining and re-exporting to other countries.

The imports are set to increase given the growing demand for these items in India, driven by the increasing population and consumption as well as the high economic growth rate.

This trade should go up next year, with the recovery of the economies of the region in 2017. The GDP of Latin America had shrunk by 1.1% in 2015 and 0.5% in 2016. The GDP is expected to grow by 1.1% in 2017, helped by the recovery of global commodity prices. Except Venezuela, all the countries of the region have shown positive GDP growth. Even Brazil, which continues to suffer from political crisis, has turned around with positive growth this year.

Latin America will continue to contribute to India’s energy security with the supply of crude oil. The region has large reserves and the capacity to increase production and exports to meet the increasing crude imports from India. South America has started supplying pulses, which India has been importing more and more with the growing gap between consumption and domestic production.

The collapse of the Trans Pacific Partnership following the withdrawal of the US is good for India. The TPP had extra clauses for patent protection, going beyond the WTO standards, and this would have affected India’s generic medicine exports to Latin America.

The expanded Preferential Trade Agreement signed by Chile and India in 2016 has come into force from May 2017. Peru and India have agreed to start negotiations for a free/preferential trade agreement and this should also help in boosting the trade with the region.

Indian exporters should focus on the markets in the Pacific Alliance (Mexico, Colombia, Peru and Chile) whose economies are growing more and whose trade policies are more stable, transparent and predictable, with the least protectionism.

Latin Americans have started paying more attention to India, especially after arrogant and insulting remarks from Donald Trump against Mexicans and his protectionist trade policies. They also want to reduce the over-dependence on China, which has used its dominance to hurt the region’s industries and given rise to other risks. They attach importance to India, which has overtaken China in terms of GDP growth rate, and see India as a non-threatening trade partner in the long term.

India’s exports could be doubled to $20 billion in the next five years if exporters target Latin America more seriously and systematically.