Why Things Will Likely Be All Quiet on the Western Front

Given the conventional parity which exists between India and Pakistan, the outcome of war operations in the western theatre in 1965 and 1971 paints a picture that is still relevant today. 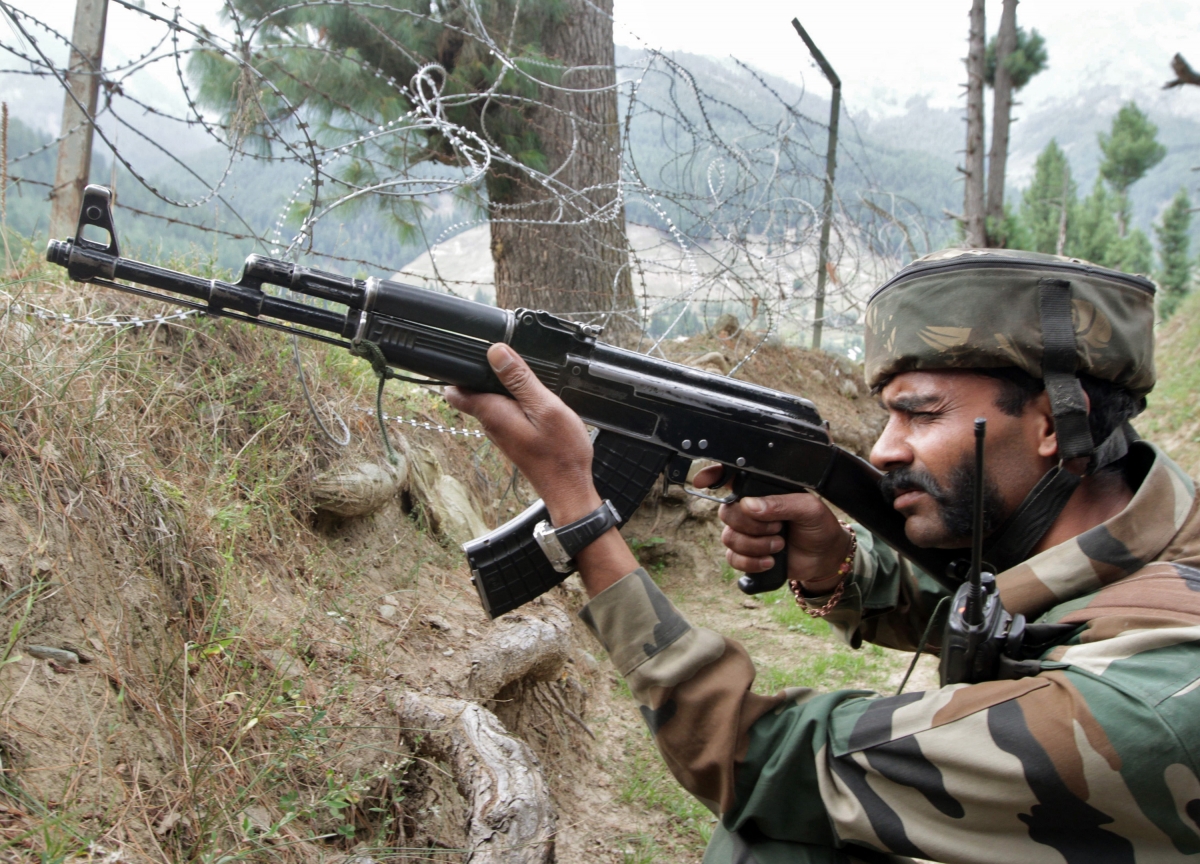 When speaking of the fallout of the Uri attack, many analysts tend to say the military option should be avoided because it may spiral into a nuclear war. But what would have happened if there were no nuclear weapons?

A military confrontation would have been much more likely, but, to go by the experiences of  1965 and 1971, the last set of wars before the arrival of the nuclear era, not much would have been achieved.

People often judge the 1971 war by the outcome of the Bangladesh campaign. Sure, this was a great victory, but let us be clear, it was a battle that you could not have lost considering that the Pakistani army in East Pakistan was surrounded by Indian forces, cut off from its western half, blockaded by the sea and air and, most importantly, operating amidst a hostile population.

In the west, however, the story was different and the outcome of operations there give us a picture which has some relevance today.

Strategically, Indian forces in the west were told to maintain an “offensive-defensive” posture which meant that while they were essentially in a defensive mode, they were free to launch offensives to prevent Pakistani ingresses into Indian territory. So, some offensives were, indeed,  undertaken.

Just how tough cross-LoC operations can be is evident from how the 19 Infantry Division fared in the Tangdhar and Uri sectors, the major sources of infiltration today. Of the three operations launched, only one succeeded – which was the capture of Ghasala top and Ring Contour, adjacent to the LoC, largely due to the element of surprise, since the operation was launched on the night the war began on December 3. Two other operations in the Uri sector Op Hasti and Shikar failed.

How difficult the operations were is evident from Pakistan’s daring effort  to capture Poonch in the same war. Despite a well formulated and supported plan, Pakistani forces were able to make only limited headway into Indian territory and were eventually thrown out. And in turn, a strong Indian effort to capture Daruchhian, across the Poonch river, also failed.

It is significant to note that in all these operations, the action was just about kilometres – anywhere between 0 and 5 – beyond the ceasefire line. Deeper thrusts would have involved even more time and casualties. In the effort to capture Daruchhian, for example, India lost five officers, two JCOs and 18 jawans, with another two officers, two JCOs and 71 ORs missing, with many being presumed dead in just two days of fighting.

Professional competence naturally plays its own role in war. Sadly, it was not very evident in the western sector. We lost Chamb because of the commander’s obsession with launching an offensive which came undone.

India’s grand offensive in Shakargarh faltered because of an indifferent leadership’s “overcautious approach”; it was not the best place to launch an operation because it was strongly defended and the Indians knew it. Needless say, the attacks themselves were carried out with enormous grit and bravery and the performance of some individual battalions was outstanding.

In the Punjab sector both sides made minor gains, mainly in enclaves that jutted into the other’s borders. In Rajasthan, a disaster was averted when the Pakistani armoured force blundered into Longewala and was destroyed by the Indian Air Force.  Had this not happened, a Pakistan force would have caught a planned Indian offensive to Rahim Yar Khan napping.  Thereafter, despite prodding, the divisional commander could not take advantage of the Pakistani disaster in Longewala and destroy his forces.

In 1965, the then western army commander had termed the Indian performance as  “a sickening repetition of command failures leading the sacrifice of a series of cheap victories.” The performance in 1971, in the west, was perhaps no different. It was, however, made up by the spectacular victory in the east in a battle which, given the advantages India had, it could not possibly have lost.

The point is not to retail military history, but to ask whether the situation is any different today. Yes, of course it is: India and Pakistan have larger armies and India has a greater edge in airpower and the navy. But barring the existence of nuclear weapons, nothing much has changed.

The India-Pakistan border is, perhaps, the most heavily defended one in the world. Anticipating attacks, Pakistan has created a vast network of bunkers along the LoC and ditches, canals and earthworks in the Punjab border. The Rajasthan border may offer some area of ingress, but till you reach the Indus, there is little or nothing of value.

India and Pakistan have what can be termed as “effective parity” in what is our western front, if you take into account the fact that Pakistani forces would be on the defence and operate on interior lines.

India simply lacks the numbers and equipment to breach Pakistani defences in short order. Over time, it could be done, but that is what is not available in the subcontinental dynamics. Now that we are nuclear, you can be sure that the world community, i.e. the P-5 of the UN, will jump in even faster to insist on a ceasefire.

No change in military balance

As  Pervez Musharraf put it with a touch of bluster to the Christian Science Monitor in September 2002 after the threat of war had passed “… my military judgment was that they [Indians] would not attack us… It was based on the deterrence of our conventional forces. The force levels that we maintain, in the army, navy, air force is of a level which deters aggression. Militarily… there is a certain ratio required for an offensive force to succeed. The ratios that we maintain are far above that — far above what a defensive force requires to defend itself….”

There is no reason to believe that position has changed. Indeed, to go by reports of ammunition shortage, lack of artillery modernisation, or adequacy of air defence systems, things may have got worse since the time of Operation Parakram. New Delhi cannot blame anyone else but itself for its predicament. Despite advice to the contrary from blue ribbon panels and even the parliamentary standing committee on defence, India’s military management has been poor. Far from modernising rapidly, adding capacities like air assault divisions or marines which can alter the conventional military balance in its favour, it dithers and simply adds numbers to its already bloated army.

As to professional competence, it is difficult to measure in situations short of war. But if the past is a guide you can be sure that while the performance of battalions will be superb and you will have great feats of bravery, generalship will be indifferent. As patriots, we can say that Indian generals will be  more competent than Pakistani ones but that may not be saying much. Good generalship rests on quality military education,  good staff work, well war-gamed plans, a regular cycle of exercises and  drilled forces, contemporary equipment and of course, to go by Napoleon, a dash of luck. The system of promotion by seniority and the rapidity with which officers move from the rank of brigadier/ major general to divisional commander, corps commander and army commander ensures that they do not stick around long enough in a job to hone their skills.

Beyond generalship today, you would need the ability to integrate your air, land and sea operations, as well as fuse the intelligence, surveillance and reconnaissance data with precision long-range weaponry. Both India and Pakistan are roughly equal here. They have unintegrated forces, but since the chief of the Pakistan army is also the boss of Pakistan, the army has no problem in enforcing its pre-eminence in their system.

So we are in the uncomfortable position of facing effective conventional parity with Pakistan. This imposed its own logic in the case of the US and the erstwhile Soviet Union, encouraging them towards détente. Unfortunately for us, our predicament is more complicated because we face what it called a revisionist power, which dangerously uses  its nuclear capability as a shield behind which to fight what it calls a “sub-conventional” war against India based on the fallacious belief that it was perfidiously denied Jammu & Kashmir during the partition.