Muslims Don't Have to Be Perpetually Apologetic: Turkish Presidential Advisor

Ibrahim Kalin said Muslims should not have to apologise for the acts of a few, just like Christians and Hindus aren't collectively held responsible for extremist actions. 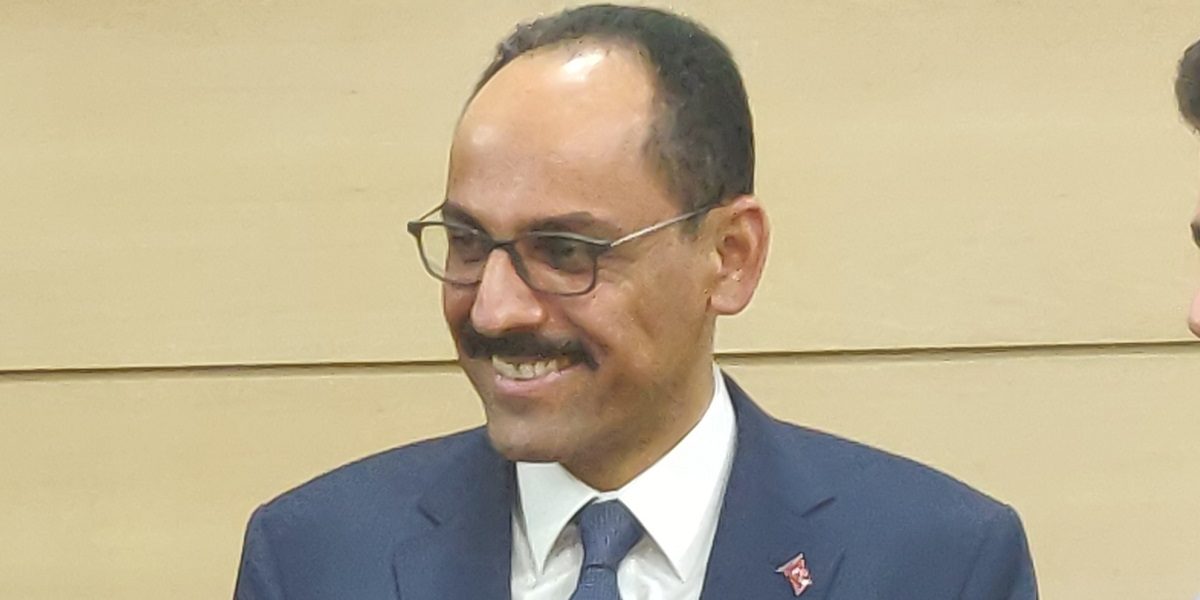 New Delhi: Visiting senior Turkish senior presidential advisor Ibrahim Kalin said on Friday that there was no difference in mindset between the Christchurch shootings and the Sri Lankan terror attack. He asserted that Muslims as a community should not have to apologise for the acts of a few, just like Christians and Hindus weren’t collectively held responsible for actions of extremists.

Kalin, is President Tayyip Erdogan’s senior advisor and spokesperson. He was in Delhi on the invitation of Indian national security advisor Ajit Doval.

According to a MEA press release, they agreed during their talks on Thursday (April 25) to cooperate in challenging threats especially “from international and cross-border terrorism”.

“In the light of the recent terrorist incidents in the region, they reiterated the importance for all States to cooperate with each other to eliminate terrorism in all its forms and manifestations and to bring the perpetrators and sponsors of terrorist attacks to justice,” said the communique.

Both India and Turkey lost citizens at the recent bombings in Sri Lanka on Easter Sunday, which left over 300 dead. While ISIS claimed responsibility for inspiring the attack, a previously obscure local group, National Tawheed Jamath was blamed for carrying out the terror operation.

“There is no difference in attack of New Zealand and that in Sri Lanka in terms of mindset. One was to done on pretext to save western civilisation, just as ISIS ideology has nothing to do with Islam and has been rejected by Muslim scholars,” said Kalin at an interaction organised at the Delhi-based think tank Observer Research Foundation on Friday.

After the killing of 50 people at mosques in Christchurch in March, President Erdogan commented that Turkey would make the suspected shooter pay, if New Zealand didn’t. This had led to New Zealand to register protest and rush its foreign minister to ‘confront’ President Erdogan’s comments made at an re-election campaign rally.

Erdogan also got into a diplomatic row with Australia over the former drawing a link between the Australian gunman and the battle of Gallipoli in which thousands of ANZAC soldiers died.

Kalin, who is also deputy chairman of Turkey’s Foreign and Security Council, said that the “monstrous ideology” of ISIS was rejected in toto, “but we have to do it consistently all the time”.

He added that as a Muslim, he did not feel the need to have to apologise for the crimes of ISIS, just as Christians and Hindus cannot be tainted by the terror activities of a few among them, in their name. Muslims, he noted, should not be living under the fear of the pressure of having to be perpetually apologetic.

“…just like not all Christians are required to apologise for the crimes of that guy who carried out the attack in New Zealand. I raise this issue as terrorism is terrorism, without religion, without culture, without ethnicity. Someone with a Hindu name carries out a terrorist attack, claims that he is doing it in the name of Hindu nation, idea, history, doesn’t mean that the person represents Hinduism or India. And not all Indians have to apologise for it.”

Turkey and Pakistan have been close partners over the years, having been on the same side during the cold war.

Kalin stated that Turkey had immediately condemned the suicide bomb attack in Pulwama, Kashmir that killed over 40 security personnel dead.

US sanctions on Iran oil imports

Since both Turkey and India were in the same boat, the impact of the end of US waivers for import of Iranian oil was part of discussions of the senior Turkish government official with his Indian interlocutors.

“The Europeans have set up a mechanism for transaction and payment (to bypass US sanctions on Iran). We are looking at it now. We will see either if we can join or come up with a similar mechanism,” he told The Wire.

When asked whether India had expressed inclination to join such a mechanism during his talks, “No, I haven’t heard that.” He added, “but obviously they (Indians) are not happy with the sanctions”.

Turkey and India have reacted differently to the announcement that Washington will not renew the waivers after May 2.

Also Read: Iran Oil Imports: With US Ending All Waivers, India Will Have to Brace for Headwinds

Indian officials indicated that oil imports from Iran will be shut off after the end of the deadline. Turkey, along with China, however, remained defiant.

“We are looking at different options, but we will continue to have trade with Iran,” said Kalin.

He asserted that sanctions on Iran will “backfire”. “Iranians are remarkably resilient and have learnt how to live under adverse conditions since 1979”.

Another area of common interests between India and Turkey was the purchase of S-400 air defence system from Russia. Both countries are under threat of secondary sanctions triggered by the Countering America’s Adversaries Through Sanctions Act (CAATSA) that aims to deter countries from having substantial deals with Russian defence and security sectors.

Kalin stated that the “Russia phobia” in US an West was still going strong. “They perceive anybody having good relations with Russia as betraying them”.

He also pointed out that Turkey had been trying to buy patriot missiles from US for a decade, but to no avail.

“Regarding the threat from CATSAA, there is a term for this kind of behaviour in international relations… US expects us to cancel the S-400 order and then buy Patriot missiles from them on their own terms,” said Kalin.

He admitted that other NATO countries did not “understand” Turkey’s security concerns over the role of Kurds in fighting against ISIS and Fataullah Gulen, accused of trying to kill Erdogan.

“But, we do not question the NATO alliance and our position on it. We will not allow other countries to question our position in it, just because of our relations with Russia or buying S-400 alliance”.

Russian President Vladimir Putin had wanted a “grand bargain” with the West that, Kalin remarked, Trump also strove for in the first few months of his presidency.

The current strategy of sanctions was not the way to engage Russia, asserted the Turkish President’s spokesperson. “We (Turkey) have issues of disagreement of Russia over Crimea, over Ukraine, over the future of Assad regime, but we still believe that we can conduct business with them”.

Similarly, he asserted that the rise of China as an economic and political player has to be dealt with further engagement and not sanctions.

“We have good relations with China. Sometimes we have issues over treatment of Uighurs, but we fully support one China and reject any secessionist activities. We have also taken action against some groups advocating that,” said Kalin