Sweden Joins EU, US in Calling for Removal of Restrictions in Kashmir

Foreign minister Ann Linde said, “The situation in Kashmir is worrying and the government is closely following developments.” 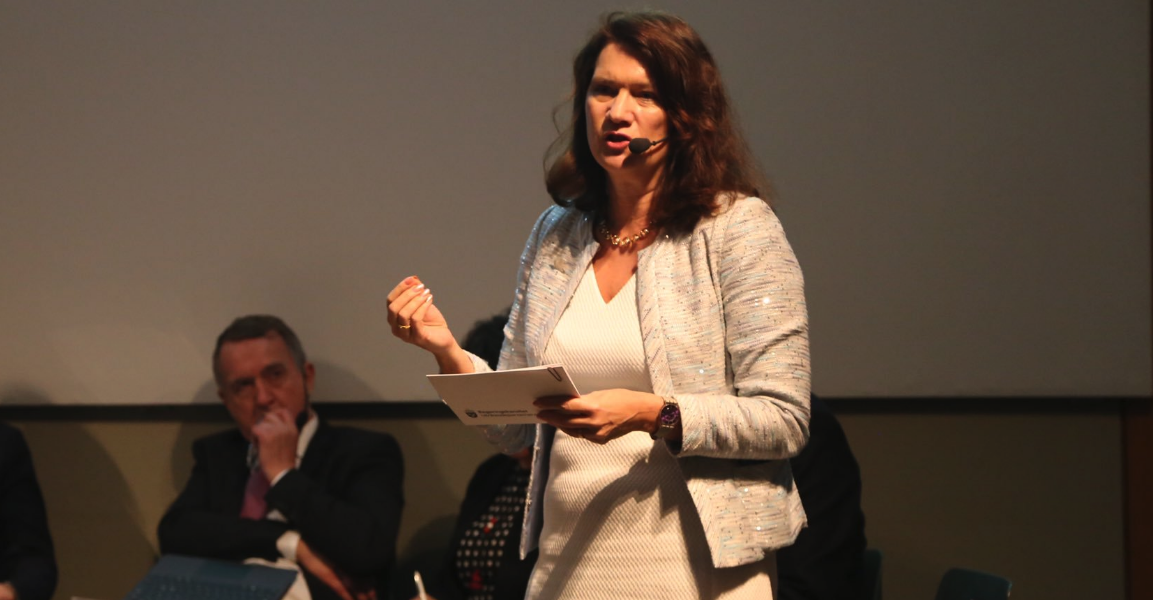 New Delhi: Sweden has now joined several other European countries and US lawmakers in urging India to restore free movement and communication in Jammu and Kashmir.

Swedish foreign minister Ann Linde’s statement comes just a couple of days before the Swedish king and queen are scheduled to arrive for a six-day state visit to India.

Linde’s remarks on Kashmir were made in a written answer to a question submitted by a member of the Left party in the Swedish parliament, Riksdag, on Thursday.

The foreign policy spokesperson of the Left Party, Håkan Svenneling, had asked whether Sweden would lead any initiatives on Kashmir, due to the “escalating situation”.

In reply, Linde wrote, “The situation in Kashmir is worrying and the government is closely following developments.”

She said that both Sweden and the European Union have had direct contact with both India and Pakistan on this issue.

“Together with the EU, Sweden is closely following the changes that have taken place in Jammu and Kashmir’s constitutional status and notes information that has emerged about how the development affects the situation for human rights,” she added.

On August 5, the Indian government moved the piece of legislation what would take away Jammu and Kashmir’s autonomy and special status, and bifurcate the state into two Union Territories.

The Centre had also imposed a number of stringent restrictions – included cutting off all internet and mobile services. There had also been an informal curfew in many parts of the state. Many of these restrictions have been removed, but there are still no internet services in the entire union territory. Political leaders, including three former elected chief ministers of Jammu and Kashmir, continue to be in custody.

“Sweden and the EU urge the Indian government to lift the remaining restrictions imposed on Jammu and Kashmir. It is crucial that free movement and communication opportunities are restored,” the Swedish foreign minister.

She also stated that Sweden had emphasised the “importance of respect for human rights, that an escalation of the situation in Kashmir is avoided and that a long-term political solution to the situation must involve Kashmir’s inhabitants”.

Sweden also described dialogue between India and Pakistan as “crucial”.

She also mentioned that Sweden contributes five of around 40 military observers to the UN force monitoring the ceasefire on the India-Pakistan border since 1949, UNMOGIP.

India does not recognise the role of the UN monitoring force, as it considers that the Simla agreement turned Kashmir into a completely bilateral dispute.

Sweden’s statement also came after the Indian government had laid down the red carpet for a visit of 27 Members of European parliament from October 28 to November 1. The Indian government claims that it was a “private visit” as they were in the country on the invitation of a Delhi-based think tank, but the MEPs met with Prime Minister Narendra Modi, had lunch with National Security Advisor Ajit Doval and dinner with external affairs minister S. Jaishankar.

The Indian government also facilitated their visit to Kashmir, which was the first sojourn by any foreign national or official to the state since August 5. India has not permitted any foreign journalist or official to visit Kashmir, claiming that it could attract protests.

Indian opposition parties had pointed out that most of the MEPs were from right wing parties. Further, they had also protested against the fact that foreign MEPs were allowed to visit Kashmir, while Indian elected representatives had not even been permitted to venture ahead from the Srinagar airport.

In a written answer on November 28, minister of state for external affairs, V. Muraleedharan claimed that the “MEPs got a sense of how terrorism poses a threat to India especially in the Union territory of Jammu and Kashmir”.

Also read: MHA Says MEPs Who Visited J&K ‘Got a Sense of Threat of Terrorism’

“Such exchanges are consistent with India’s Foreign Policy objectives in promoting deeper people to people contact and ultimately help promote the larger relationship that India pursues with other countries,” he defended.

A day earlier (November 27), a BJP MP, G.C. Shetty had asked “whether getting extensive international support on this issue and Pakistan has become isolated from the international community”.

Jaishankar had responded that “as a result of the government’s efforts, Pakistan’s attempts to interfere in the internal affairs of India; to present an alarmist situation of the region; and its abuse of international fora including United Nations have been successfully and effectively thwarted”.

Jaishankar also stated that “countries have shown understanding that matters related to Jammu and Kashmir, which is an integral part of India, are internal to India”.

“Countries have also called on Pakistan to not allow its territory to be used for terrorism in any manner. They have also acknowledged that issues, if any, between India and Pakistan should be addressed bilaterally and peacefully,” he added.

The Indian minister is accurate in stating that no country – besides, Pakistan, China, Malaysia and Turkey – have questioned the reading down of Article 370. However, there has been a rising chorus in the west about the human rights situation, due to the continuing detention of political leaders and the security restrictions, This was not referred to in the written reply to parliament.

During her three day visit to India, German chancellor Angela Merkel had publicly stated that “current situation for people there is not sustainable and not good”. It was the first time that a visiting leader had criticised India’s position during an official visit. Her remarks also came a few days after the MEPs had been permitted to travel to Kashmir.

Merkel’s words were also echoed by Finnish foreign minister Pekka Havisto, who told Times of India that the “situation is not sustainable now and I can see the concerns have been raised by many other international players as well”.

“We are concerned about news that some of the politicians are still in detention or under house arrest. The basic freedoms and freedom of expression of opinion is limited,” he said. Havisto also urged India to allow Delhi-based diplomats or international observers to visit Kashmir. Finland holds the EU presidency till mid-2020.

While the US administration has been slowly escalating its concerns about the human rights situation in Kashmir, US lawmakers have been more forthright in directly criticising India. New Delhi’s actions after August 5 in Kashmir was the focus of two hearings in the US Congress, so far.