There had been concern about a Chinese proposal during the negotiations for the South China Sea code of conduct to limit involvement of third parties in the region, especially for military exercises. 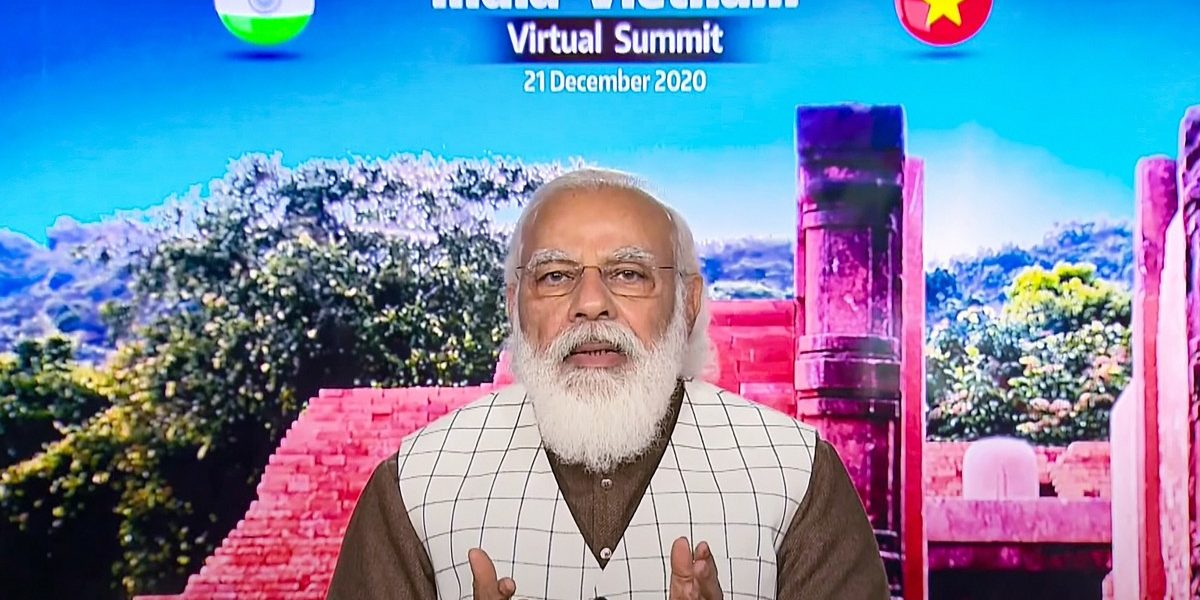 New Delhi: Indian Prime Minister Narendra Modi raised the issue of the ongoing negotiations for the code of conduct on the South China Sea with Vietnam, asserting that interests of other countries in the region should not be discriminated against.

This was stated by Modi during his virtual summit with Vietnamese Prime Minister Nguyen Xuan Phuc on Monday.

According to Ministry of External Affairs secretary (East) Riva Ganguly Das, both leaders spoke of the importance of a “rules-based order in the region including by upholding international law, especially the UNCLOS [the United Nations Convention for the Law of the Sea]”. The leaders also stated that a “peaceful, stable, secure, free, open, inclusive and rules-based region is in the common interest of all countries”.

“Prime Minister stressed that the Code of Conduct negotiations on the South China Sea should not prejudice the interest of other countries in the region,” stated Das.

There had been concern about a Chinese proposal during the negotiations for the South China Sea code of conduct to limit involvement of third parties in the region, especially for military exercises.

The Indian position was also underlined in the bilateral document – “India – Vietnam Joint Vision for Peace, Prosperity and People” – released after the summit.

“Both leaders further called for the full and effective implementation of the Declaration on the Conduct of Parties in the South China Sea (DOC) in its entirety and the substantive negotiations towards the early conclusion of a substantive and effective Code of Conduct in the South China Sea (COC) in accordance with international law, especially UNCLOS, that does not prejudice the legitimate rights and interests of all nations including those not party to these negotiations,” it stated.

The joint statement also “underscored the importance of non-militarisation and self-restraint in the conduct of all activities by claimants and all other states, and avoidance of actions that could further complicate the situation or escalate disputes affecting peace and stability”.

China claims sovereignty over all of the South China Sea, a huge source of hydrocarbons. However, several ASEAN member countries, including Vietnam, Philippines and Brunei, have counter claims.

The seven agreements inked include one on implementing arrangements on defence industry cooperation and another on nuclear cooperation between India’s Atomic Energy Regulatory Board and Vietnam Agency for Radiation and Nuclear Safety.

Another pact provides for $5 million Indian grant assistance for an army software park at Vietnam’s National Telecommunications University, Nha Trang. Other agreements will facilitate cooperation in areas of solar energy, healthcare and in UN peacekeeping missions.

Ganguly Das said the summit provided an opportunity to hand over one high speed guard boat to Vietnam, launch of two other vessels manufactured in India, and keel-laying of seven vessels being manufactured in Vietnam under the $100 million defence Line of Credit extended by India to that country.

She said to implement the India-Vietnam joint vision document, a plan of action for the period 2021-2023 was also signed between the two foreign ministers, which identify concrete follow up actions.

The two sides also agreed to explore new and practical collaborations to build capacities in blue economy, maritime security and safety, marine environment and sustainable use of maritime resources, and maritime connectivity.

Acknowledging the new challenges as well as opportunities brought upon by the COVID-19 pandemic, the two sides vowed to work towards reliable, efficient and resilient supply chains. “They will strive to achieve the target of $15 billion of trade turnover at the earliest and will set higher levels of ambition for bilateral trade based on a concrete plan of action and new supply chains located in each other’s country,” the vision document said.