It was the first time that Modi and Xi came face-to-face – although through video screens – since India and China's standoff at Ladakh. 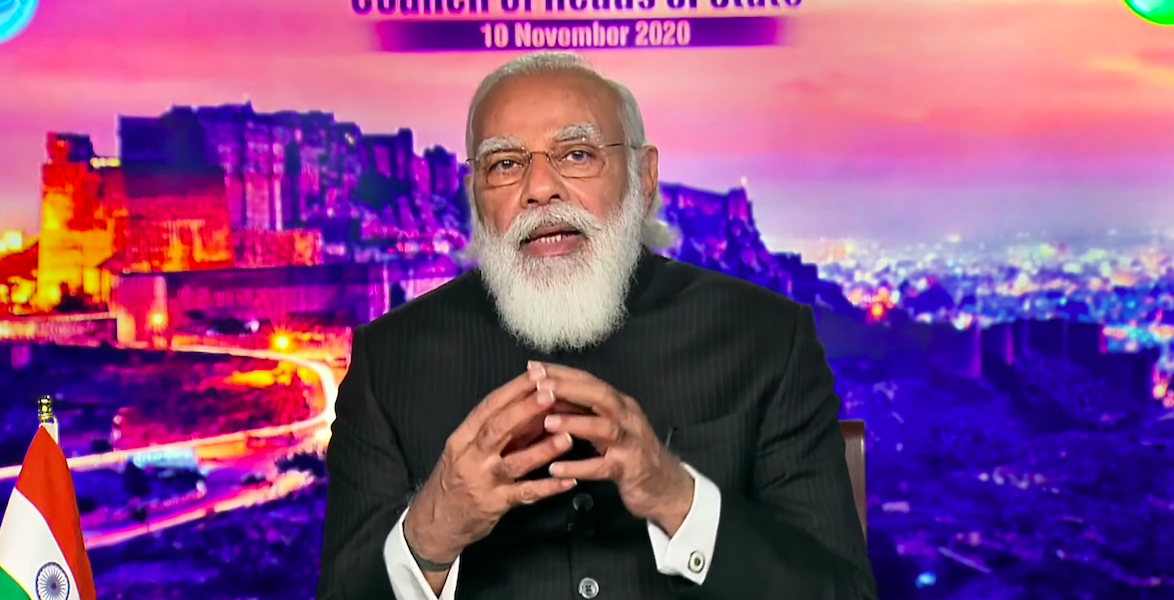 New Delhi: Expressing regret that bilateral issues were being raised at the meet of the Shanghai Cooperation Organisation, Prime minister Narendra Modi reiterated that connectivity can only be strengthened among member states if there was respect for sovereignty.

It was the first time that Modi and Xi came face-to-face – although through video screens – since the armies of the countries they lead began a stand-off in eastern Ladakh in early May. The last time that the Indian and Chinese leaders took part together in a diplomatic event was at the virtual G-20 Summit on the pandemic, in March.

Emphasising on New Delhi’s affinity to the Eurasian region, Modi noted that India had close cultural and historical relations with the member states of the SCO, which it wants to translate into modern connectivity projects.

Echoing his own remarks at the 2019 SCO summit, he made a veiled critical reference to the China-Pakistan Economic Corridor and China’s belt and road initiative by calling on the need to respect sovereignty.

Other leaders are visible in the screenshot with PM Modi at the virtual SCO Summit on November 10. Photo: PTI

“India believes that to further deepen connectivity, it is necessary to move forward with the basic principles of respecting each other’s sovereignty, and territorial integrity,” said Modi.

India’s objection to CPEC has been on grounds that the corridor passes through Gilgit-Baltistan which is disputed territory. CPEC is projected as a flagship project of China’s Belt and Road initiative, which India has refused to join.

When India boycotted the first BRI summit in 2017, it had argued that connectivity projects “must be pursued in a manner that respects sovereignty and territorial integrity”. Since then, Modi has stated at both the 2018 and 2019 SCO summits that connectivity initiatives should be inclusive, sustainable, transparent and respect sovereignty.

In his speech, Chinese President Xi Jinping called for forging “greater synergy of the Belt and Road Initiative with national development strategies as well as region-wide cooperation initiatives such as the Eurasian Economic Union”.

The Indian prime minister’s second rebuke – which was also veiled – was more Pakistan-specific. “India has been firm in its commitment to work under the SCO in accordance with the principles laid down in the SCO Charter. But, it is unfortunate that the SCO agenda is repeatedly making efforts to bring about unnecessarily bilateral issues that violate the Charter SCO and the Shanghai Spirit. Such efforts are contrary to the spirit of consensus and cooperation defining the SCO”.

Pakistan Prime Minister Imran Khan made no direct reference to India, but he was clearly referring to Kashmir when it came to UNSC resolutions and disputed territories.

“We stress the importance of faithfully implementing UN Security Council Resolutions for peaceful resolution of outstanding disputes to create an environment of stability and cooperation. Unilateral and illegal measures to change the status of disputed territories in violation of UN Security Council Resolutions run counter to this objective and adversely affect the regional environment,” said Khan.