Not a Reference to Specific UNSC Resolutions: Russia Clarifies Stand on Kashmir 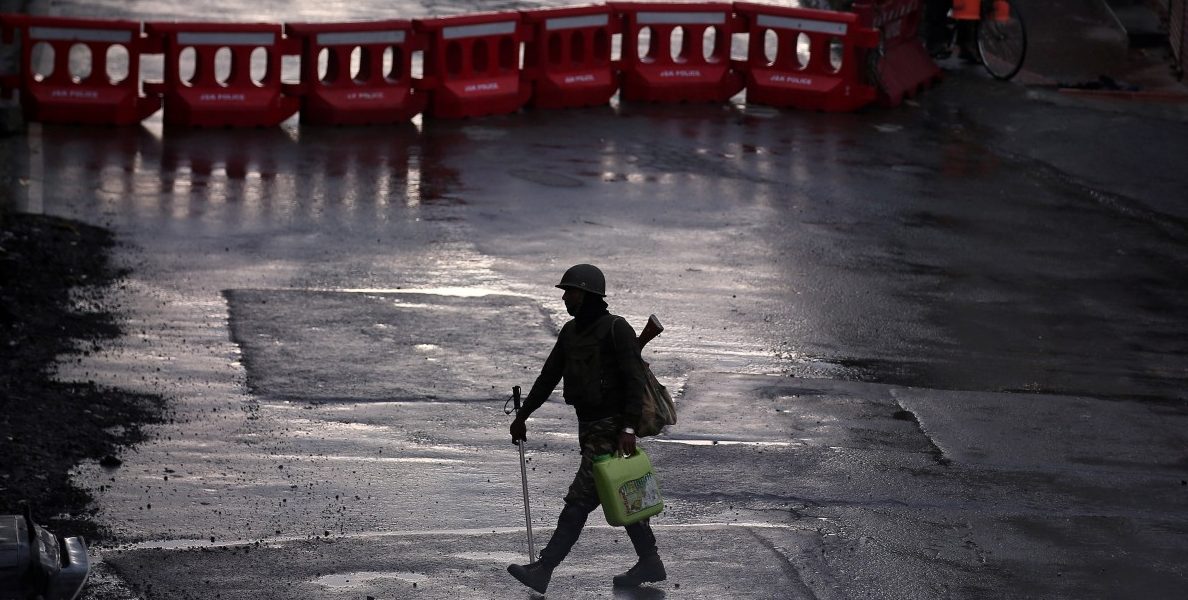 Representative image of a member of the security forces. Photo: Reuters/Danish Ismail

New Delhi: For the first since the UNSC informal consultations on the brewing India-Pakistan dispute, a senior Russian embassy official clarified on Wednesday that Russia had not made a reference to specific Kashmir UN resolutions, but was only mentioning the principle of non-interference in domestic affairs as stipulated the UN charter.

The United Nations Security Council held closed-door discussions on August 16 on India-Pakistan issue based on a request from China. There was no record of the meeting or any press statement from the UNSC president.

Speaking to the media in New Delhi, Russia’s deputy chief of mission Roman Babushkin addressed concerns about Russia’s position during the informal consultations – and specifically in reference to UNSC resolutions.

“Let us make it very clear that there was no specific resolutions mentioned,” he said.

Babushkin clarified that Russia was mentioning the UN charter. “Both our countries, Russia and India, are founder members of United Nations, should respect the United Nations charter. We should respect its principle of non-interference in domestic affairs…This was (what was) meant by that. We meant dialogue…according to principles and rules established by UN”.

He was speaking at a press interaction organised by the embassy ahead of Indian Prime Minister Narendra Modi’s visit to Russia to attend the Eastern Economic Forum in Vladivostok and hold an annual summit with Russian president Vladimir Putin.

Russian ambassador Nikolay Kudashev also asserted that India’s decision to modify Article 370 of the constitution is an “internal matter”.

“The decision is a sovereign decision of the Indian government… we would prefer all the issues between India and Pakistan to be resolved through dialogue on the basis of Shimla agreement and Lahore declaration. If you compare with the Indian position, my feeling is that you would come to the conclusion that our positions are almost 100 percent identical,” he said.

His deputy also added that the latest India-Pakistan crisis had worried capitals around the world.

“Let me say that it is not just a Russian concern. It is the concern of the whole international community… with growing importance of nuclear disarmament and non-proliferation,” said Babushkin.

He noted that since both India and Pakistan had non-official nuclear power status, any escalation of tension becomes worrying. “I would like to reiterate the words of ambassador that we would prefer more dialogue between the two nations,” he said.

The Russian diplomat also pointed out that India, a “responsible nuclear power”, had a no-first use policy. “As far as I know, according to Indian military strategy, there is no first use doctrine in India”.

To a query about whether defence minister Rajnath Singh’s statement on no first use policy raised further concerns in current regional context, Babushkin noted, “This statement, if I am not wrong, followed after the events which were linked with the change of status of Indian administrated Jammu and Kashmir and thereafter, rhetoric has gone up further from both sides. Hopefully, this rhetoric will not lead to real escalation”.

He also reiterated that Russia had “no role to play in India-Pakistan dispute” as it was a bilateral issue. “We do respect that”.

On the security and communication clampdown in Jammu and Kashmir, Babushkin refused to comment. “We have nothing but to reiterate, we perceive the situation as domestic situation. it is up to Indian government to decide how to make the situation calm, peaceful, developing for the sake of the people,” he said.

According to the Russian foreign ministry, there was no allusion to Kashmir in his opening remarks. However, Lavrov sad that both India and Russia agreed that “interstate dialogue must be based on the principles of the UN Charter and respect of the nations’ right to choose their development model”.