India’s attempts to reach out to Oli have been a serious exercise towards course correction in its neighbourhood approach, but is that enough? 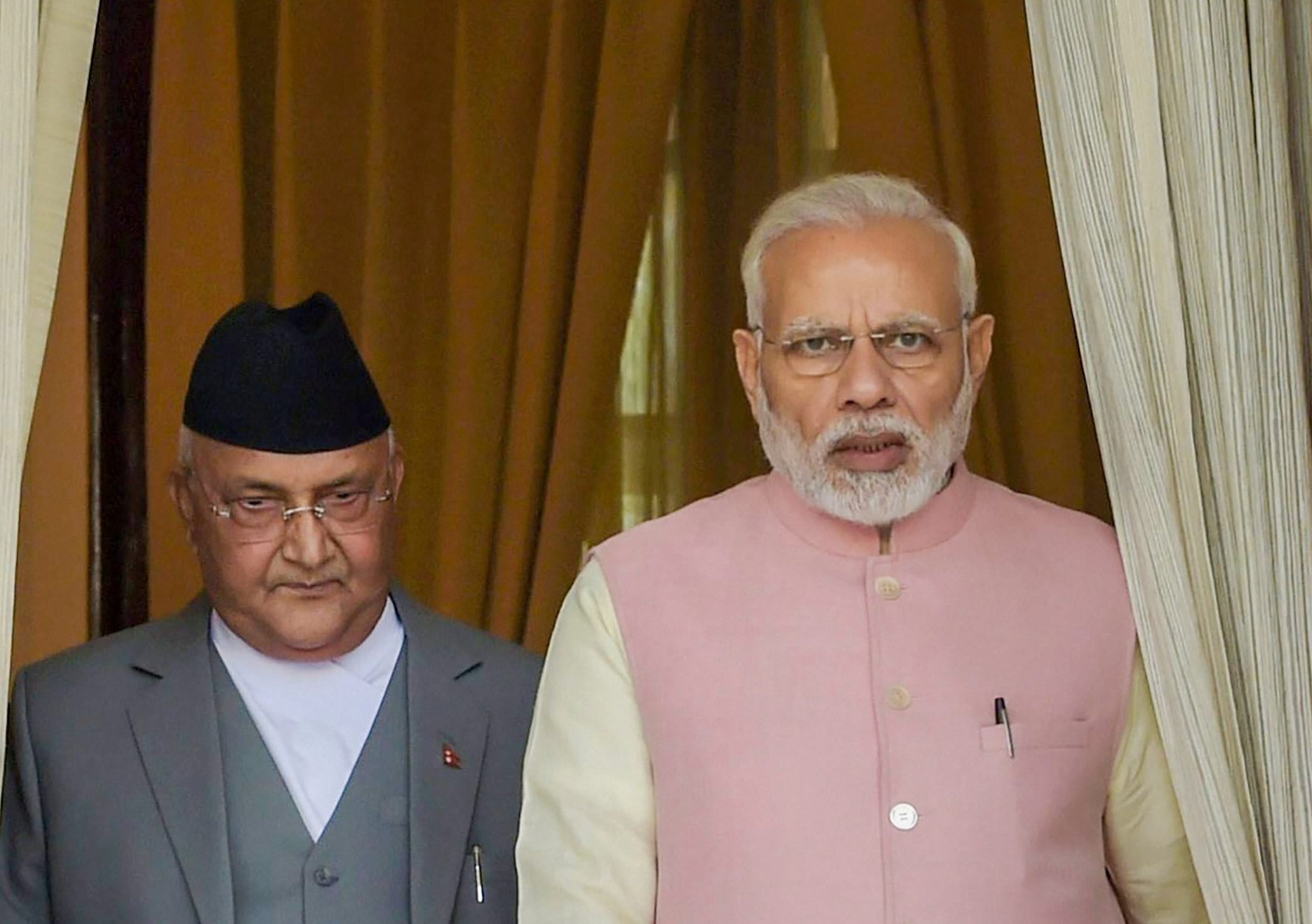 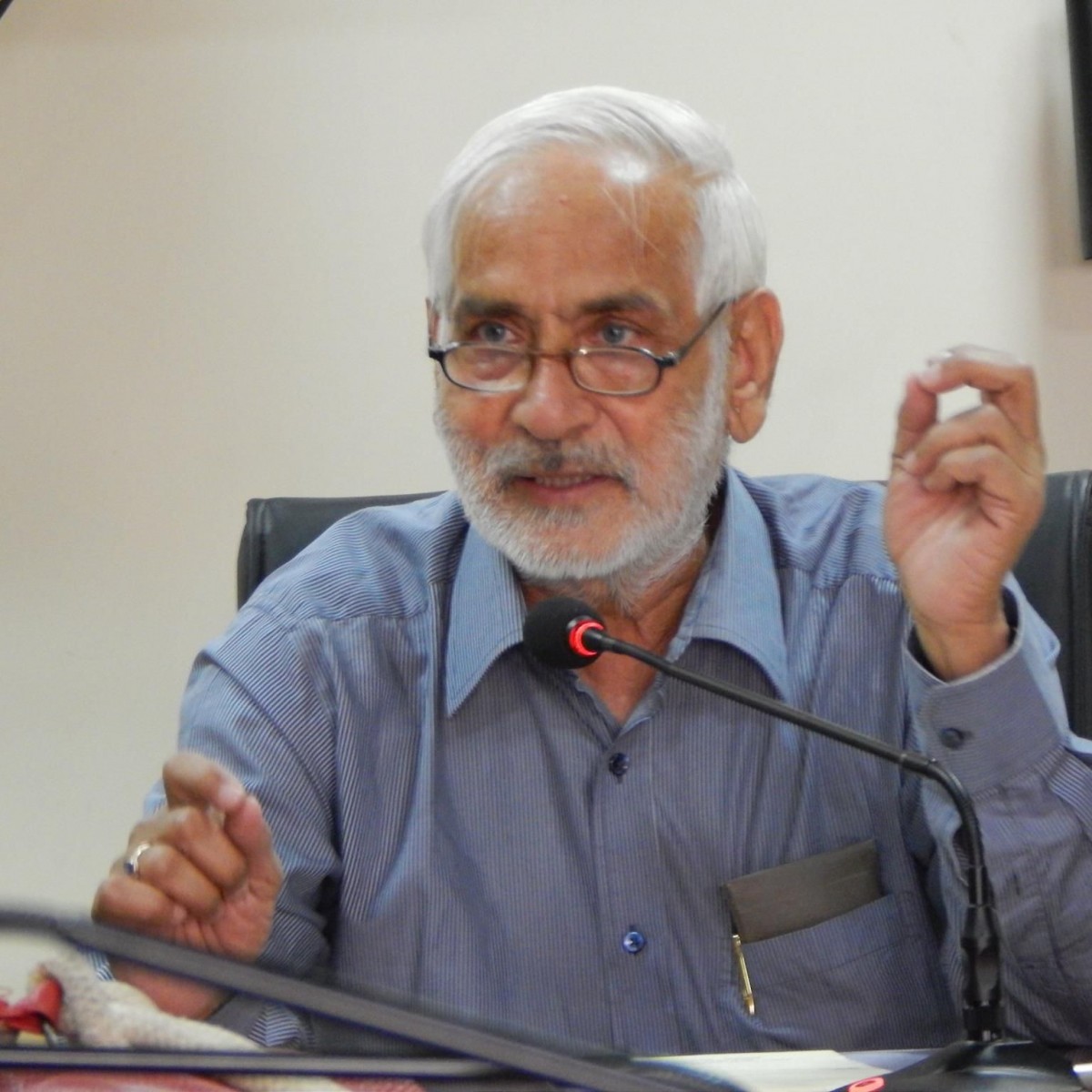 Upon his return from India, Nepal’s Prime Minister K.P. Sharma Oli said in Kathmandu that his visit was “significant and fruitful”. The visit was indeed significant as it sought to repair the serious rupture in the relations between the two neighbours since 2015.

It was also fruitful on all visible counts. India relaxed all protocols to send home minister Rajnath Singh to receive Oli at the airport. This was just short of Prime Minister Narendra Modi himself going there, as Manmohan Singh did in June 2006 when he welcomed then Nepali Prime Minister Girija Prasad Koirala.

Koirala had been put up in a hotel; Oli, on the other hand, was accommodated in the Rashtrapati Bhavan and offered a ceremonial guard of honour. He was also awarded an honorary doctorate degree by the Pantnagar Agricultural University. A long-pending proposal on linking Kathmandu with Raxaul through an electric rail track was inked and a new link, what Modi referred to as “Sagarmatha (Mount Everest) with the sagar (Indian Ocean)” through waterways was also promised this time around.

Oli also had a somewhat unscheduled, hour-long one-on-one discussions with Modi prior to official delegation-level talks. While the content of the meeting remains unknown, the Nepali side officially accepted that the discussion were serious and “any misunderstandings have already been eliminated”.

The explicit intent of Oli’s visit has been to redefine his country’s engagement with India. He said, “Nepal wants to develop a relationship with India and our neighbours (read China and Nepal) in line with the changing times in this 21st century”. The basis of this relationship, as Oli succeeded in spelling out in the joint statement issued on April 7, should be based on “equality, mutual trust, respect and benefit”. In his view, such a relationship could only develop through “friendship and trust” and not through treaties or/and agreements.

Throughout the discussions between Indian and Nepali interlocutors, the much-flaunted phrase of  ‘special relations between the two countries’ was not even uttered. Nor did the Nepali side come up with reassuring words when Modi said, “India and Nepal have close and deep connection on the matters of defence and security. We both agree to prevent the abuse of our open border, and to pursue our shared security interests.”

Oli discarded the widespread notion of Nepal’s dependence on India. He repeatedly underlined the importance of sovereignty, equality, non-interference and interdependence in Nepal’s dealings with India. Replying to Modi at the joint press conference after delegation level talks, Oli said: “Our countries…have many things to offer to each other. Interdependence takes many forms between our countries”. His foreign minister, on the eve of his visit to Delhi, had even calculated the amount of remittances that the Indian workers in Nepal send back home, without even referring to the reciprocal advantage accruing to Nepal from many more millions of the Nepalese residing and employed in India.

Oli left no one in India in any doubt that he had come to talk tough. He told Modi at the joint press conference, “I remember sharing this podium with Modiji two years ago. Since then, Nepal has experienced great transformation.”

The transformation he was referring to was the adoption of a new constitution, the defiance of India’s advise of accommodating the Madhes aspirations, the massive electoral victory for the Left Alliance forged under his leadership and the rise of China in Asia. His strongest political constituency is the rise of new Nepali nationalism under his leadership that seeks identity and comfort in asserting itself against India.

He is also backed by China’s generous economic support for infrastructure development in Nepal under the Belt and Road Initiative (BRI), which India can never match in quantum and speed, as well as strong political support for the newly-forged Communist alliance. China’s support to Nepal, besides being an expression of the so-called neighbourly love, is an integral part of its strategic expansion in South Asia and the Indian Ocean. 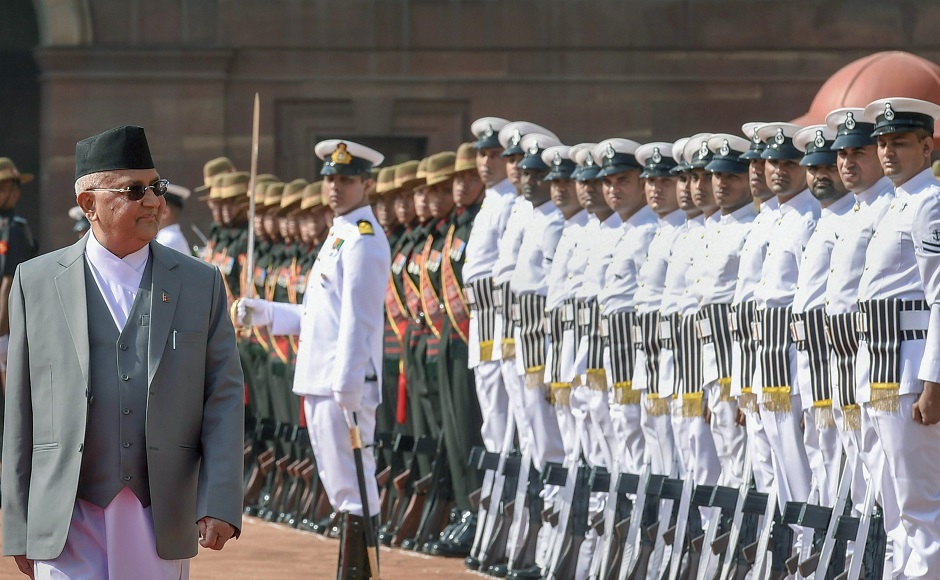 Nepalese Prime Minister Khadga Prasad Oli inspects the guard of honour during his ceremonial reception at the forecourt of Rashtrapati Bhavan in New Delhi. Credit: PTI

Oli’s assertion vis-à-vis India is to a great extent his emotional outburst in relation to his felt sense of hurt and humiliation by India. This was clearly evident in Oli’s address at the civic reception organised by the India Foundation where he recounted nearlt all of his complaints against India. While intervening in Nepal’s constitutional process and deploying economic coercion, India had also been seen as obstructing Oli’s personal access to power.

After the adoption of Nepali constitution, India prompted and supported the then prime minister and Nepali Congress leader Sushil Koirala to contest in October 2015 against Oli to deny him a pre-agreed prime ministership. Then, in July 2016, India welcomed the defection of the Maoist leader Pushpa Kamal Dahal ‘Prachanda’ to become prime minister with the Nepali Congress support by toppling Oli’s government. In the December 2017 elections, India’s sympathies and support clearly lay with the forces pitted against the Oli-led Left coalition. It may not be too far off the point that Oli is asking for India’s trust and confidence not only for Nepal but in himself and his leadership. He is warning India against interference not only in Nepali affairs but also against him and his politics. 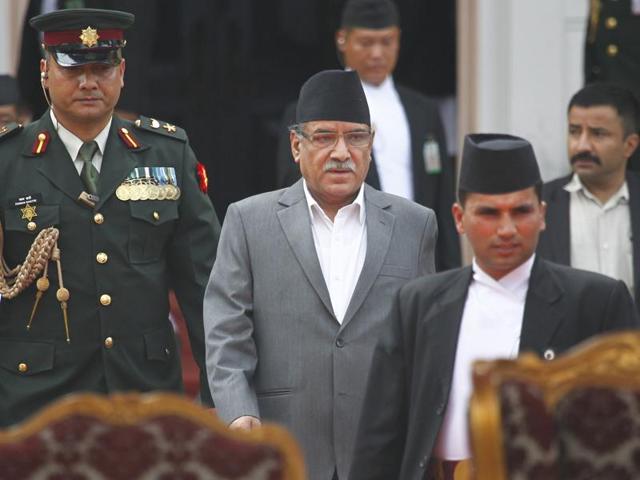 India realises that its moves against Oli-led Nepal have been excessive, unwarranted and counterproductive. It is also realising that there is a limit to its muscular and aggressive diplomacy, which has alienated one after another neighbour and been exploited by China to its advantage in South Asia. India’s attempts to reach out to Oli have, therefore, been a serious exercise towards course correction in its neighbourhood approach.

India is also willing to improve its project performance and enhance its economic support to Nepal in this exercise. Modi said publicly that “Both of us have agreed to speed up all possible connectivity projects, be it an oil pipeline, or integrated check posts, or the Terai roads”. However, it remains to be seen as to what extent India will succeed in delivering these projects expeditiously.

Modi’s promise of 2014 on connectivity hardly moved on the ground over the past four years, despite assurances of efficiency. Oli underlined this gap in his civic address. On the Kathmandu rail link project, first document has been signed only now, though the project proposal has been under discussion for over a decade. India will take a year to survey the project, then only will the two sides sit down to firm up the Indian commitment in terms of financial allocations and the timeline. Nepal wants this project to be completed in five years, but India is not ready to commit.

It may not come as a surprise to the Nepalese if China lays down the Kathmandu-Tibet rail link as promised by 2022, much before India makes a visible progress on the ground in its competing rail project. If India can establish smaller rail and road links and complete the petroleum pipeline project efficiently, much against its past record of delivery, its political standing in Nepal may surely improve. The project delays are not always and entirely politically driven. Real hurdles also come from lack of financial commitments, proper coordination amongst various Indian departments and agencies involved, and India’s diplomatic style. One wonders if there will be appropriate and early efforts to remove them.

But these changes may in no way suggest that India is prepared and willing to radically redefine its approach towards Nepal. India’s political security concerns were politely, gently, but firmly conveyed to Oli. Recall Modi’s references to security interests, abuse of open borders and “inclusive” democratic and federal order (reflective of Madhes concerns). A great deal of India’s response to Nepal in the coming months would depend upon the extent to which Oli will be able to moderate his dependence on the two most powerful sources of his political support, namely the India-assertive nationalist constituency and China.

In Delhi, Oli gave no indication of softening on these two counts. When asked about India’s apprehension on Chinese BRI, Oli said: “I think we are neutral. We are in centre between the two countries.” No one in Delhi’s strategic establishment wants to see Nepal at an equidistance between India and China. Even before coming to India, Oli had asked for equidistance between India and China and went to the extent to say that he would leverage his China policy to extract a better deal from India. China’s growing financial and political investments in Nepal behind Oli’s leadership may not even let Oli revisit his present foreign policy profile and priorities.

If Oli’s power permutations do not change in response to India’s sensitivities, there is no reason to assume that India will let its engagement with Nepal be redefined to its dislike and disadvantage. While Nepali leadership is charged with rising aspirations and confidence, so is its Indian counterpart, ambitious of playing a larger and assertive role in regional and world affairs. Keeping neighbours in its fold is a necessary precondition for the Indian policymakers with regard to their emerging role perception.