The Quad Is Poised to Become Openly Anti-China Soon

Just one defection to a softer line on China could easily spell doom for the Quad all over again. 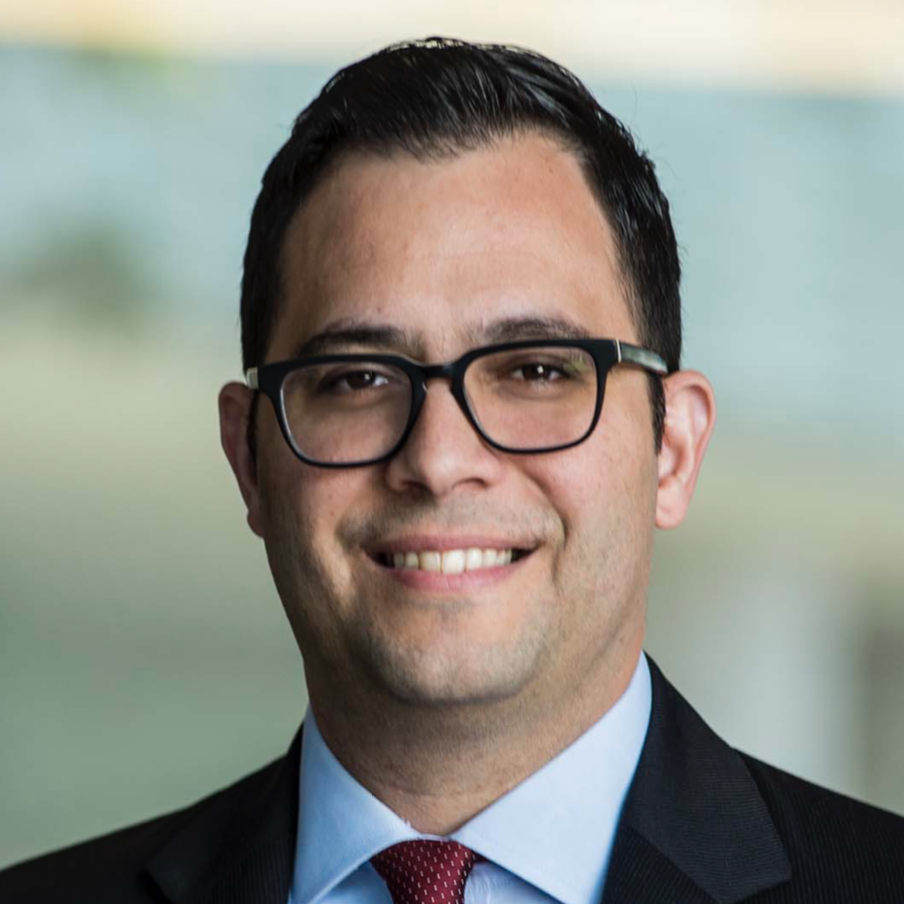 One of the most heavily scrutinised aspects of the Donald Trump administration’s Indo-Pacific Strategy is the role played by the Quadrilateral Security Dialogue, or “Quad,” comprised of Australia, India, Japan, and the United States. Since the Quad’s resurrection from a decade-long hiatus in November 2017, the group has met five times and has emphasised maintaining the liberal rules-based international order, which China seeks to undermine or overturn. As I have previously argued, the Quad signals unified resolve among these four nations to counter China’s growing assertiveness in the Indo-Pacific.

What has been striking about the Quad thus far, however, is that it has resisted openly identifying China as the primary target it seeks to rein in. Indeed, Quad press releases from the respective foreign affairs establishments of each country have never once raised the word “China,” nor did the US Indo-Pacific Strategy, in mentioning the Quad, directly link Quad consultations to addressing China.

This is not a trivial issue as the first iteration of the Quad, in 2007, fell apart largely because Australia and to some extent India got cold feet over how much to push China without impacting other dimensions of their bilateral relationships with Beijing (Japanese and Australian electoral politics and America’s reorientation toward trilateral engagement with Japan and Australia contributed as well). Thus, if the Quad is to be sustained this time around, it will likely have to come to grips with a forward-leaning approach to opposing Chinese activities throughout the region. Just one defection to a softer line on China could easily spell doom for the Quad all over again.

At least for now, this go around appears to be different. For the first time in the Quad’s history, the stars are aligning for a harder line on China, and the implications going forward could be significant.

Beginning with Australia, perceptions of China have progressively dimmed in recent years. A variety of tensions arising from Beijing’s South China Sea and Taiwan policies, promotion of Huawei in Australia, growing influence in Australian politics and academia, harsh treatment of Hong Kong protests, and threats of economic retaliation amid Australian calls to hold China accountable for coronavirus have all soured the mood among leaders in Canberra. So much so that Australia on July 1 released a defence strategic update and force structure plan that, while reiterating from the 2016 paper the paramount impact of US-China great power competition on Australian national security, further assessed that “since 2016, major powers have become more assertive in advancing their strategic preferences and seeking to exert influence, including China’s active pursuit of greater influence in the Indo-Pacific.”

According to one Australian commentary, Canberra’s decision to publish such a pointed defence update represented “a pivotal moment in modern Australian military history” as it was a stark departure from “the evasions, platitudes, and niceties of normal diplomatic discourse.” Whether this is hyperbole or not, it is certainly notable that Australia appears more prepared than ever to rock the boat with China in spite of the economic retaliation that is sure to follow – traditionally of deep concern to Canberra.

Since arguing in July 2018 that India was the “weakest link in the Quad,” I and other observers have seen an incremental reversal in New Delhi’s approach to the group. Starting in May 2019, India appointed former foreign secretary, Subrahmanyam Jaishankar, to the position of minister of external affairs. Jaishankar is a supporter of the Quad, and he was able to persuade Indian Prime Minister Narendra Modi in June 2019 to accede to Japanese Prime Minister Shinzo Abe’s request that all four Quad country leaders sit together across from Chinese President Xi Jinping at the G20 – a symbolic, albeit implicit, show of Indian support for the Quad that previously would have been unthinkable.

In recent months, India’s relationship with China has also deteriorated markedly, particularly along their disputed land border, known as the Line of Actual Control (LAC), in the Himalayas. Although the two sides on July 5 agreed to end their military standoff, the damage appears to have already been done. Even the most ardent supporters of maintaining balanced China ties are hardening their positions, which makes it increasingly likely New Delhi will turn to the Quad to counter China. Indeed, the months-long military standoff in 2017 between India and China at Doklam, a tri-border junction including Bhutan, may have been the tipping point for New Delhi to return to the Quad later that year.

Japanese support of the Quad has never been in doubt, namely because it was Abe’s idea in 2006 to convene like-minded democratic partners in a quadrilateral format to counter China. Nevertheless, while Australia and India become more comfortable in the arrangement, Tokyo is wasting no time to improve its ability to be a better partner within the Quad framework. For example, late last month, Japan revised its intelligence sharing legislation to allow for sharing with Australia and India (and the UK as well). Japan already regularly shares intelligence with its US ally. In addition, and also last month, Tokyo officially established a new division within its Ministry of Defence to enhance coordination with New Delhi and Canberra on ASEAN and Pacific Island issues. And on July 14, Tokyo released its annual defence white paper in which it stated that “China has relentlessly continued unilateral attempts to change the status quo by coercion in the sea area around the Senkaku Islands, leading to a grave matter of concern.”

Finally, the US under the Trump administration has embraced the Quad as a mechanism to maintain a “free and open” Indo-Pacific region in the face of rising Chinese assertiveness. Of the four countries, the US may be the most anti-Chinese as bilateral relations rapidly spiral over a range of challenges including coronavirus fallout, Taiwan, the South China Sea, trade, human rights in Xinjiang, Hong Kong, intellectual property theft, press freedoms, and others. Indeed, Washington is the only country to directly label China an “adversary” in its National Security Strategy, National Defense Strategy, and Indo-Pacific Strategy Report. However, to date, the US has resisted the urge to convert the Quad into an anti-China grouping, probably at the behest of other, more hesitant participants. This looks like it is set to change because the others want change.

Also read | Why India Should Be Wary of the Quad

There are also signs that the Quad may be on the verge of taking actions that would strengthen their position as a security group. For example, the US is contemplating a decision to invite the air forces of Australia, India and Japan to Andersen Air Force Base in Guam to conduct training and elevate interoperability between Quad air forces. India is also likely to extend an invitation to Australia to this year’s Malabar naval exercises, which also traditionally includes Japan and the United States. New Delhi’s strained bilateral ties with Canberra have prevented invitations in past years, but doing so in 2020 would send a strong message to Beijing that its recent behavior in the Himalayas is increasingly pushing India into the Quad’s embrace. Regardless of these outcomes, all four nations continue to deepen their bilateral defence and security partnerships with each other as they agree that a “free and open” Indo-Pacific is necessary to preserve in the face of rising Chinese assertiveness throughout the region.

A more openly anti-China Quad is likely to both harm and help the group in the future. It could harm the Quad because it will fuel Beijing’s narrative that the Quad is a military alliance meant to “contain” and threaten China, and that this approach is destabilising to the region. An anti-China Quad might convince Russia to more closely align with China, or Beijing could reinvigorate competition in Southeast and South Asia as well as elsewhere to oppose Quad objectives.

Indeed, I have previously noted that Quad enlargement, especially including a Southeast Asian maritime counterclaimant in the South China Sea, such as Vietnam, would boost the Quad’s credibility. Vietnam, however, would almost certainly not join the Quad if it seemed like a military alliance against China. The Quad may also encounter resistance to continuing the so-called “Quad Plus,” including Vietnam, South Korea and New Zealand, that met over the last few months to discuss coronavirus responses. None of these additional countries are keen in singling out China in any way.

On the positive side, however, the Quad would finally have a concrete objective, to counter China, which has been severely lacking in the past. Critics have often argued that the Quad mission is disjointed due to differing interests among the participants. Fixing this problem alone should help these nations to better hone and coordinate their strategies to achieve their unified goal.

Most importantly, Quad resolve would also no longer be symbolic, but concrete, and this should enhance the deterrence value of the group toward China. To be sure, there is no need for the Quad to elevate its status to that of a formalised military alliance – nor would the countries want to. Instead, simply signalling that Quad nations do intend to at least help each other in the event of tension or armed conflict with China would probably be sufficient.

Derek Grossman is a senior defence analyst at the nonprofit, nonpartisan RAND Corporation, an adjunct professor at the University of Southern California, and a regular contributor to The Diplomat. He formerly served as the daily intelligence briefer to the assistant secretary of defence for Asian and Pacific security affairs at the Pentagon.