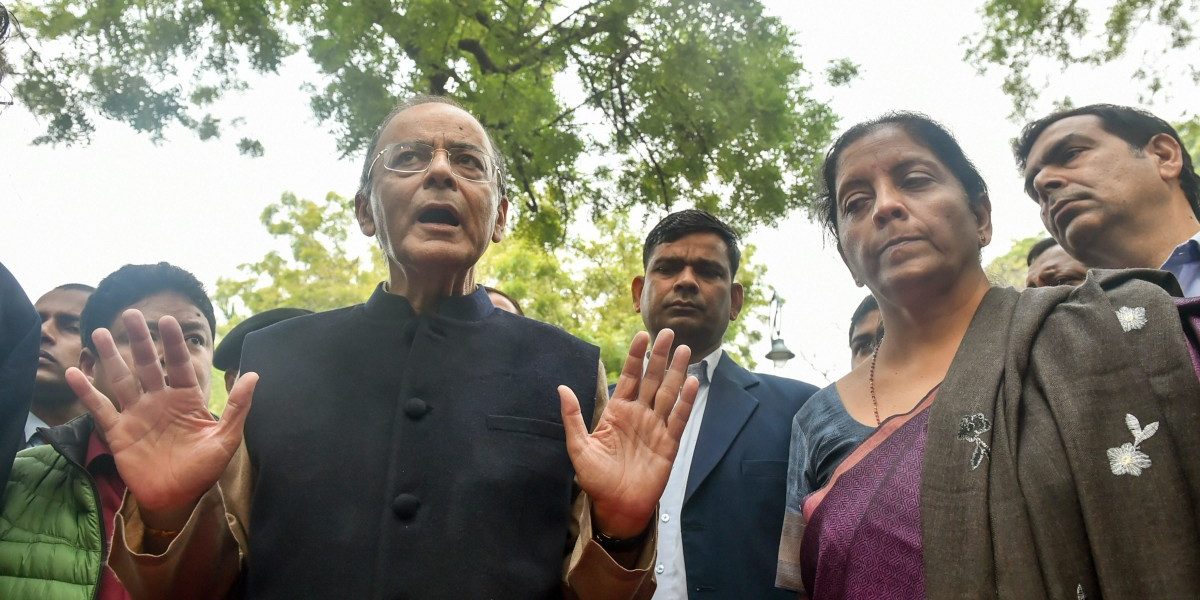 Arun Jaitley and Nirmala Sitharaman after the Cabinet Committee on Security meeting on Friday to discuss the Pulwama attack. Credit: PTI

New Delhi: A day after a suicide militant attack with the highest number of casualties in Kashmir, India summoned the Pakistani high commissioner to the foreign ministry to hand over a “very strong” protest, called back the Indian envoy in Islamabad to New Delhi for “consultations” and also revoked Pakistan’s most-favoured nation status.

Meanwhile, China condemned the attack, but still insisted that it will not remove its ‘technical hold’ on the listing of Jaish-e-Mohammad (JeM) with the United Nations Security Council (UNSC) sanctions committee.

At 2 pm on Friday, Indian foreign secretary Vijay Gokhale summoned Pakistan high commissioner Sohail Mehmood to South Block to deliver a “very strong demarche” on the suicide attack on security forces which left over 40 dead on the Srinagar-Jammu highway.

In a statement released to a local Kashmiri news agency, Pakistan-based JeM had taken responsibility for the attack and also released a video of the suicide bomber.

Official sources said that Gokhale said that Pakistan must take “immediate and verifiable action” against JeM. He also told Mehmood that Pakistan “must immediately stop any groups or individuals associated with terrorism operating from its territories”.

The Indian foreign secretary also rejected the statement issued by the Pakistan foreign ministry following the attack on Thursday.

The anger in Delhi was also brought out by the Ministry of External Affairs spokesperson, who tweeted with the hashtag ‘#IndiaDemandsAction’.

Indian Prime Minister Narendra Modi had set the tone on Friday morning by saying that the it was the ‘desperation’ of the “neighbouring country” that led to the attack.

“Our neighbouring country, which has been isolated internationally, thinks such terror attacks can destabilise us, but their plans will not materialise,” he said at the launch of Vande Bharat train 18.

Stating that the “blood of the people is boiling”, he said that security forces have been given permission to take decisions about the timing, place and nature of their response.

In diplomatic parlance, an envoy being called for consultations to their capital is a temporary measure, but is still a signal of strong displeasure. A return to home for “consultations” is not the same as a “recall”, that is a term specifically used to describe breaking diplomatic ties.

Sources confirmed that Chinese ambassador Luo Zhaohui was briefed by Gokhale on how Pakistan had allowed JeM to operate freely on its soil. It is likely that India would have raised the matter of the listing of JeM chief Masood Azhar with the Chinese envoy, but there is no official confirmation yet.

After India’s first official statement on Thursday night, Pakistan had issued a response which fell short of a direct condemnation of the Pulwama attack. Pakistani foreign ministry had also dismissed “insinuations” from Indian government and media that “state of Pakistan” was linked to the attack.

In its statement, India had also called on the international community to support the listing of Jaish-e-Mohammed chief Masood Azhar to be listed as a global terrorist under 1267 United Nations Security Council sanctions committee. Without taking names, this was a direct appeal to China to remove its three-year-old ‘technical hold’ on the listing of Azhar.

Chinese foreign ministry spokesperson Geng Shuang indicated on Friday that there had been no change in position following the attack.

“As for the issue of listing, I could tell you that the 1267 Committee of Security Council has a clear stipulation on the listing and procedure of the terrorist organisations,” he said, noting that JeM has been included in the Security Council terrorism sanctions list.

“China will continue to handle the relevant sanctions issue in a constructive and responsible manner,” he said.

Geng also conveyed that China was “deeply shocked” by the attack. “We firmly oppose and strongly condemn all forms of terrorism. We hope relevant regional countries will cooperate to cope with the threat of terrorism and jointly uphold regional peace and stability,” he said.

#Chinese State Councilor & FM #WangYi wrote to EAM @SushmaSwaraj, condemned the #Pulwama suicide attack, expressed deep sympathy to families of the victims & injured, and stressed that the #Chinese side resolutely opposes and strongly condemns all forms of terrorism.

Besides China, Gokhale also held meetings with envoys of 25 nations, including from Japan, West Asia, UK, Russia, US, Germany, France and other South Asian countries.

“All the Heads of Missions were left in no doubt about the role played by Pakistan based and supported Jaish e Mohammed in the terrorist attack and our demand that Pakistan ceases forthwith all support and financing to terror groups operating from areas under their control. FS also highlighted the role played by Pakistan in using terrorism as an instrument of its state policy,” said official sources.

Gokhale also apparently “highlighted the role played by Pakistan in using terrorism as an instrument of its state policy”.

Earlier in the day, after the meeting of the Cabinet Committee on Security, Indian finance minister Arun Jaitley announced that India had revoked Pakistan’s ‘most-favoured nation’ status.

India granted MFN status to Pakistan back in 1996 as part of its obligations under World Trade Organisation guidelines. But Islamabad had not yet reciprocated.

In 2017-18, bilateral trade stood at $2 billion. However, the actual trade may be over double at $4.71 billion as per estimates, after taking into account informal trade routed through third countries.