Sheikh Hasina Expresses 'Great Concern' Over NRC, Modi Tells Her Not to Worry

Until now, the Bangladeshi government kept away from commenting on the NRC issue. 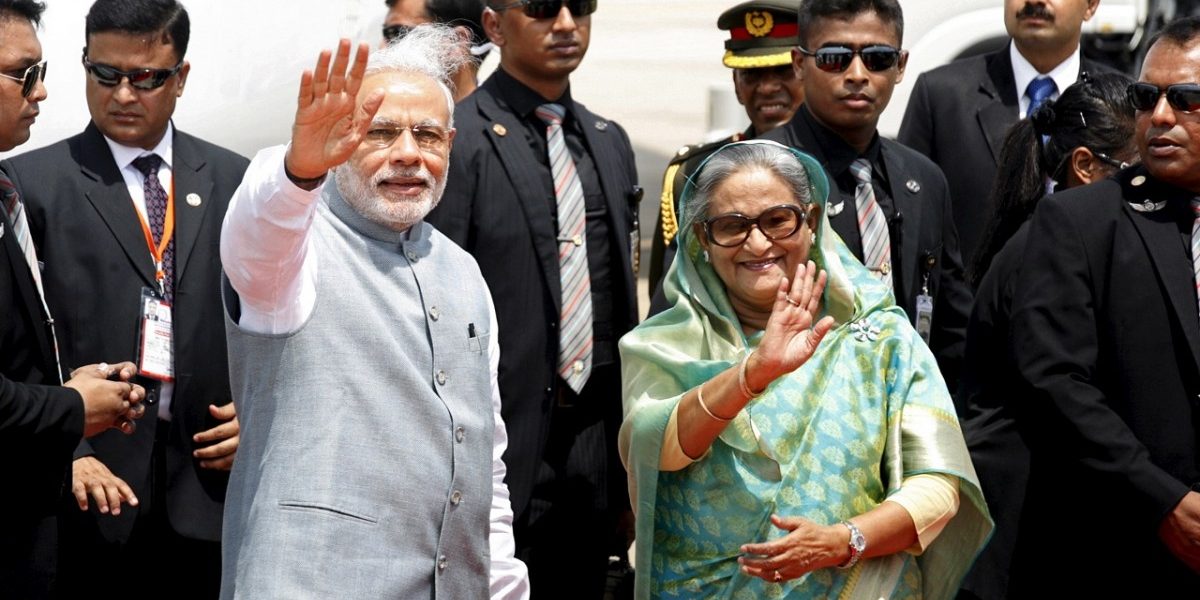 New Delhi: Ahead of her visit to India next month, Bangladeshi Prime Minister Sheikh Hasina raised her concern over the National Register of Citizens (NRC) with Indian Prime Minister Narendra Modi during their meeting in New York on Friday.

The Indian Ministry of External Affairs’ read-out of the meeting did not mention that the NRC was discussed. But, that the matter was raised was revealed by Bangladesh foreign minister A.K. Abdul Momen to reporters after the meeting.

As per reports of Bangladeshi news agency UNB, Momen said that Bangladeshi Prime Minister “raised the NRC issue saying that it has become a matter of great concern”.

Till now, the Bangladeshi government had kept away from commenting on the NRC issue.

Even when the current Union home minister and BJP president Amit Shah had described Bangladeshi migrants as “termites” a year ago, there had been no official response from Dhaka.

Bangladesh’s position had always been that the NRC process was an “internal matter” of India. Dhaka has also officially stated several times that there is no mass immigration from Bangladesh to India.

Around 19 lakh people were left out of the final NRC published on August 31. It has been greeted with disappointment and anger, not only from those whose names have been left out, but also from civil society groups who were earlier supporting the decision to filter out immigrants from Bangladesh.

Just before the list was released, external affairs minister S. Jaishankar said in Dhaka that the Assam NRC process is an “internal matter”.

Following the register’s publication, Assam’s finance minister Himanta Biswa Sarma stated that India has to “start discussing with Bangladesh to accept its citizens who had settled in India illegally”.

According to Momen, after the Bangladeshi prime minister raised the matter, the Indian prime minister told Hasina that there “will be no impact on Bangladesh and there is no need to be worried about it”.

This is not the first time that the Indian PM has assured Hasina that there would no deportations.

In an interview to Voice of America in October 2018, Sheikh Hasina said that she had been spoken to Narendra Modi over the issue. “He told me that they have no plan to send them (illegal migrants) back,” she said.

Hasina had also articulated Bangladesh’s position on undocumented immigration. “I don’t think any illegal Bangladesh took shelter there. Our economy is strong enough. Why would they go there to become illegal migrants?… And if some people call their own citizens illegal, it’s their own issue,” she added.

“The leaders reiterated their zero tolerance approach to terrorism and violent extremism, and agreed that a strong partnership in security had built trust and mutual confidence between the two countries,” it stated.

The Bangladeshi prime minister is scheduled to visit India from October 3 to 6.

The Indian read-out indicated that Modi will make a reciprocal visit in March 2020 to mark the birth centenary of Sheikh Mujib-ur-Rehman, the country’s first president and Hasina’s father.