Narendra Modi Reiterates 'Strong Support for the Palestinian Cause'

He hoped that there would be an “an early resumption of the dialogue between Palestine and Israel for moving towards a comprehensive and negotiated resolution”. 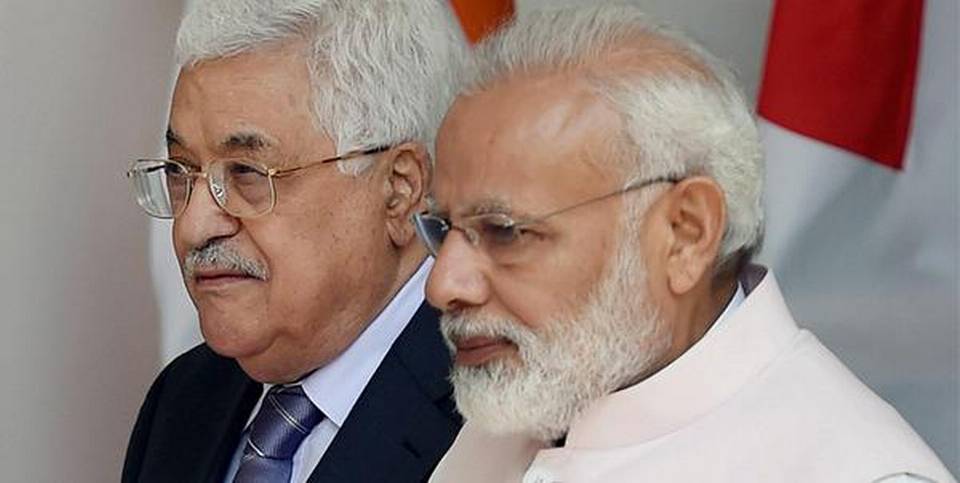 New Delhi: Asserting that India continued to strongly support the Palestinian cause, Prime Minister Narendra Modi called for early resumption of dialogues between Palestine and Israel to reach a comprehensive resolution of the long-standing dispute.

Modi’s words were part of a letter released on the occasion of the International Day of Solidarity with the Palestinian People, marked annually on November 29.

He hoped that there would be an “an early resumption of the dialogue between Palestine and Israel for moving towards a comprehensive and negotiated resolution”.

Referring to his visit to Palestine last year, Modi said that it had led to “further strengthening the historic ties between India and Palestine”.

Modi had visited Ramallah for about three hours in February 2018, which was the first ever visit by an Indian prime minister to Palestine. He also announced one-time project assistance worth $42.1 million in education, health, women’s empowerment and capacity building.

India has also enhanced its annual contribution towards the UN Relief and Works Agency in Near East from $1.25 million to $5 million.

The Indian leader’s statement has largely remained the same in the last two years. The missing phrase since 2017 has been the reference to East Jerusalem as the capital.

Also read | Undoing Erasure: What the 4,000-Year History of Palestine Tells Us

In November 2016, Modi had affirmed support for a “sovereign, independent, viable and a united State of Palestine living within secure and recognised borders, side-by-side and at peace with Israel, with East Jerusalem as its capital”.

There has been increased visibility in India’s relationship with Israel since the Modi government was elected in May 2014.

While India still officially espouses the Palestinian cause, it has sometimes tweaked its vote for multilateral resolutions criticising Israel from outright support to abstention. When the US president announced decision to move the embassy from Tel Aviv to Jerusalem, India’s response had been relatively muted.