The heft of the prime minister’s persona alone or the goodwill he enjoys cannot drive India’s external engagement. 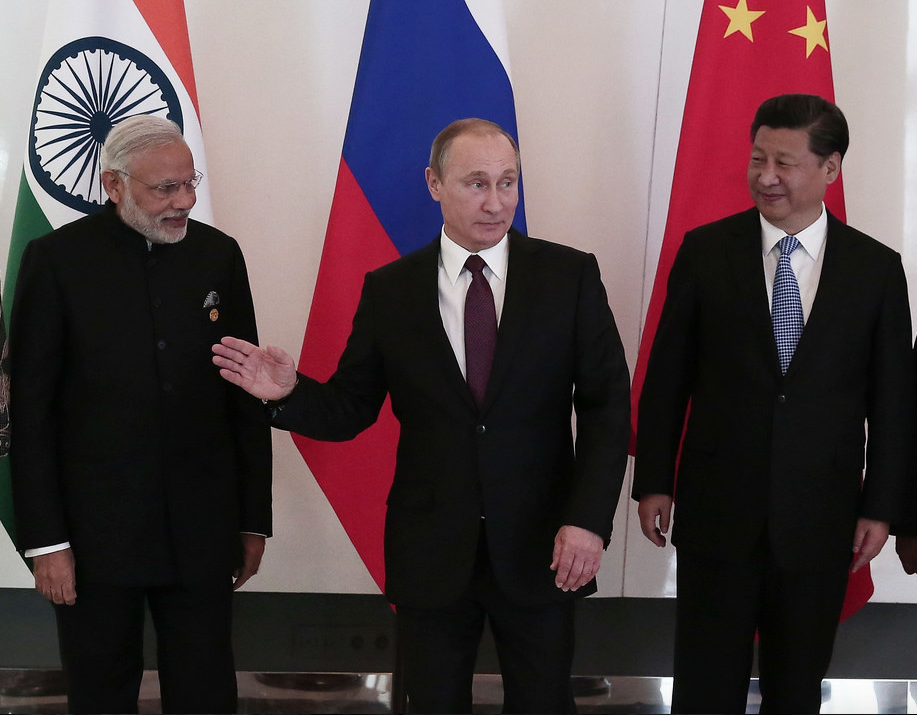 When Prime Minister Narendra Modi took office in the summer of 2014, the government in New Delhi made a somewhat brief but enthusiastic effort to renegotiate the terms of India’s engagement with the world. There were good, intuitive reasons for this exercise: the prime minister rode on the back of a strong mandate, the global appetite to engage with him was – and continues to be – enormous and Modi too made no bones about installing himself in the pantheon of great Indian leaders right alongside Jawaharlal Nehru. Indeed, it would seem the time was appropriate for a soul searching for India’s foreign policy, buffeted as it was against the current of isolationism in the West and the rise of a revanchist China.

Above all, the prime minister had won an election that was hailed by those around him as a defeat of the ‘Lutyens’ Liberals’ who had dominated India for seven decades. There was a strong anti-intellectual element in this self-image of outsiders having stormed an ‘elite’ citadel. In practical terms, the election was seen as a mandate for Modi to wean India away from the received wisdom on governance in New Delhi, of which foreign policy was a crucial element.

So the prime minister visited Washington DC four times in two years, where in 2016 he proclaimed that the India-US relationship had to shake off “hesitations of history”. During his 2015 trip to China, he projected power and confidence in taking a selfie with Chinese Premier Li Keqiang and in asserting publicly that both sides should resume the process of “clarifying” the Line of Actual Control.  This was a politically fraught move – the Indian side was well aware Beijing’s appetite to clarify the LAC had diminished concomitantly with its rise as a major power – but reflected the prime minister’s belief that the Chinese would take him to be an credible interlocutor. (Sure enough, China dismissed the proposal). During his bilateral engagement with Russia on the margins of the 2016 BRICS summit in Russia, he cheekily quoted back an old Russian proverb to his counterpart President Vladimir Putin, suggesting that “an old friend was worth two new ones”. Last year he chose to skip the Non-Aligned Movement (NAM) summit in Venezuela, breaking with both tradition and, possibly, the Congress party’s most prized foreign policy legacy.

The prime minister’s decision to give the NAM summit a miss was born out of this anti-intellectual sentiment and from a firm conviction that sustained engagement with all major powers — rather than doctrinal guidance — will help deliver India’s foreign policy goals. Well into the second half of its term, the National Democratic Alliance believes it is possible to engage and court the US, China and Russia, all on an even footing. This is in line with the BJP and the RSS’s centrifugal worldview and unflappable belief that the international community sees India as a primary, even indispensable, interlocutor. (In contrast, the Congress has come to adopt a more global weltanschauung, shaped by Nehru’s own philosophies and the realism that comes with long years of being in power.)

However, as the dismal state of current relations with all three powers suggests, these countries have their own plans for Asia and the world, in which India may only figure marginally. Both by its own design and circumstances beyond its control, the Indian government is unprepared for the crisis management needed as the big powers begin to reorient themselves away from it.

A crisis in the making

New Delhi was not expecting Donald Trump’s election, but there weren’t a lot of world capitals that saw the writing on the wall either. As the sun set on a stunning presidential election upset, Indian diplomats and policymakers scrambled to establish contacts with the Trump administration without any assessment of how bilateral relations might look like for the next four years. On areas where the Barack Obama administration deepened its engagement with India – climate change, technology transfers and strategic or even military dependencies – the Trump administration appears lukewarm or outright hostile. When Modi visits Trump later this month, he will have to firefight fronts that were considered “dormant”, like H1B visas and climate commitments.

When both sides go back to the drawing board, New Delhi would be ill-advised to believe that principle- or norm-based agreements can dress up visible differences on both sides. India expects the bilateral relationship to serve its interests in at least three ways: first, to provide the benign cover for India’s growing economic and strategic clout, by continuing to underwrite existing international regimes and support India’s inclusion in new ones; second, to check (or at least mediate) the rise of China in areas where New Delhi’s interests clash with Beijing’s; and third, to strengthen technology-based engagement for civilian and military purposes.

Not only has the Trump administration shown no appetite to continue stabilising common spaces in Asia, but it also lacks the normative pull to marshall the support of other Asian countries against China. States like Japan and Singapore have thus begun to warm up to China-led initiatives, which is a direct outcome of their perception that they may soon have to fend for themselves.

Successive governments in New Delhi since the 1990s have held the belief that India-China relations will improve as long as both sides commit to resolve their boundary dispute through peaceful means. In his 2015 speech at Tsinghua University, Modi broke ever so gently with this consensus, suggesting the bilateral relationship “should do more than settle the boundary question”. Atal Bihari Vajpayee, on the other hand, had asserted during his 2003 visit to China that “before good neighbours [could] truly fraternise with each other, they must first mend their fences.” If this government believed the concurrent rise of India and China opened up political space for both sides to sustain high-level engagement, that belief lies shattered today. If anything, the conventional wisdom that the boundary dispute is the major irritant in the relationship has given way to well-founded concerns about China’s role in Pakistan and its flexing of muscles in norm-setting institutions like the Asian Infrastructure Investment Bank, the Belt and Road Initiative, BRICS and the Shanghai Cooperation Organisation.

A few conclusions appear certain: adversarial moments in the India-China relationship will be more frequent in the short term and Beijing’s willingness to leverage its economic clout for strategic gains will make Indian regulators wary of China’s presence in its own markets. Unfortunately, the flagship schemes of the government like “Make in India” and “Digital India” are not prepared to counter the headwinds that may arise from political turbulence in the India-China relationship.

It is in Russia’s case that Indian diplomacy has been found most wanting, allowing the relationship to be on ‘autopilot’ for the last two decades and consequently caught unaware as Moscow re-entered Asian geopolitics. For now, Russia may have to play second fiddle to the US, China and Iran in the region, but New Delhi has missed a golden opportunity to be Moscow’s primary interlocutor in South Asia, just as Beijing has in northern and central stretches of the Eurasian landmass. Putin’s flirtation with Pakistan may not go on for long, but the reality is that this government was too busy channeling its energies and efforts into finding common ground with the US for it to pay attention to Russia’s renewed global ambitions.

India is struggling to consolidate its relationship with major powers because the prime minister is yet to base his government’s foreign policy on a coherent political or intellectual vision. Articulating that vision would require India to assess why it wants pursue better relations with the US, China and Russia even as their internal priorities have shifted. For instance, it was until the last decade an article of faith that China’s investments in India will bring the two countries together – that assumption has been challenged with Beijing’s newfound appetite to use its market power for regime building. Russia, once assumed to be content with shaping geopolitical outcomes in its ‘Near Abroad’ and spheres of influence, is looking to build bridges with Asian powers. As for the US, India continues to believe that normative engagement will strengthen the bilateral strategic partnership, but the Trump administration has shown no patience for a principle-driven foreign policy.

The heft of the prime minister’s persona alone or the goodwill he enjoys cannot drive India’s external engagement. It is time to head back to the trenches and evaluate how India’s great power relations can continue to contribute to its economic development and sustain geopolitical stability in Asia.