For the First Time as PM, Modi Speaks to the Dalai Lama

The development is significant if seen in the context of stalled disengagement talks between Indian and Chinese troops.

File photo of Narendra Modi and the Dalai Lama in 2013. Photo: narendramodi.in

New Delhi: For the first time since 2014, Indian Prime Minister Narendra Modi has spoken with the Tibetan spiritual leader Dalai Lama and conveyed greetings on his 86th birthday.

“Spoke on phone to His Holiness the @DalaiLama to convey greetings on his 86th birthday. We wish him a long and healthy life,” Modi tweeted.

Spoke on phone to His Holiness the @DalaiLama to convey greetings on his 86th birthday. We wish him a long and healthy life.

It is a significant announcement as until now, Prime Minister Modi had not met or spoken with the Dalai Lama since taking office, at least publicly.

There has been no official response from Beijing so far, but the Chinese government is expected to be annoyed as the Dalai Lama is considered a separatist.

The last time that PM Modi had mentioned the Dalai Lama on his Twitter account was in September 2015, when the former acknowledged his birthday wishes.

I thank His Holiness the @DalaiLama for his warm birthday wishes.

Before this, the last time that Modi had extended birthday greetings to the Dalai Lama was in July 2013, a year before his electoral victory and taking office as the prime minister.

Wishing His Holiness @DalaiLama on his birthday. Sharing some memories of our meeting at Buddhist Seminar in Vadodara http://t.co/3l75t0g5Gw

He had also met with the Dalai Lama at the inauguration of a buddha temple in Devni Mor in Gujarat in May 2013.

We will build world class Buddha Temple at Dev-Ni-Mori.Sharing a speech I gave in presence of His Holiness @DalaiLama http://t.co/Ovf0vGYPgx

After the 2014 parliamentary elections, Modi had thanked the Dalai Lama for his congratulatory message.

Extremely grateful to His Holiness the Dalai Lama for his wishes and words of appreciation http://t.co/IrnC7oSQ2P @DalaiLama

The Indian government had played the so-called ‘Tibet card’ early in 2014, when it invited the head of the Tibetan government in exile to Modi’s swearing-in ceremony in 2014. A year later, India allowed a dissident US-based Chinese to hold a conference about the status of minorities in China at Dharamshala. However, India eventually cancelled the visas of several of the attendees, including Uighur and Hong Kong pro-democracy activists. China had officially protested the granting of visas to prominent Uighur activists.

The Dalai Lama visited Arunachal Pradesh in April 2017, which again irked China that lays claim to the entire Indian state. The Ministry of External Affairs (MEA) had preemptively asked that “no additional colour should be ascribed to his religious and spiritual activities and visits to various states of India”. It also listed the six previous visits by the Dalai Lama to Arunachal Pradesh.

In response to China’s remarks, India’s foreign ministry spokesperson said, “Let me make it absolutely clear that there is no change whatsoever in Government of India’s policy towards the Tibet Autonomous Region of the People’s Republic of China. Similarly, our approach to seeking a fair, reasonable and mutually acceptable solution to the boundary question remains unchanged”.

A few months later, India and China had a nine-week long stand-off in Bhutan after Indian troops challenged Chinese soldiers over building a road in the Doklam region.

In March 2018, the Tibetan government in exile, Central Tibet Administration (CTA), had planned a series of events to mark 60 years of the Dalai Lama’s escape to India. The CTA had to change the venue and make it a more low-profile event under instructions from the Indian government.

In response to media queries on whether India had changed its policy on the Dalai Lama, the MEA spokesperson said that the government’s position on the Tibetan leader was “clear and consistent”.

“He is a revered religious leader and is deeply respected by the people of India. There is no change in that position. His Holiness is accorded all freedom to carry out his religious activities in India,” he stated in March 2018.

Soon after, in April 2020, India and China held the first informal summit in Wuhan. 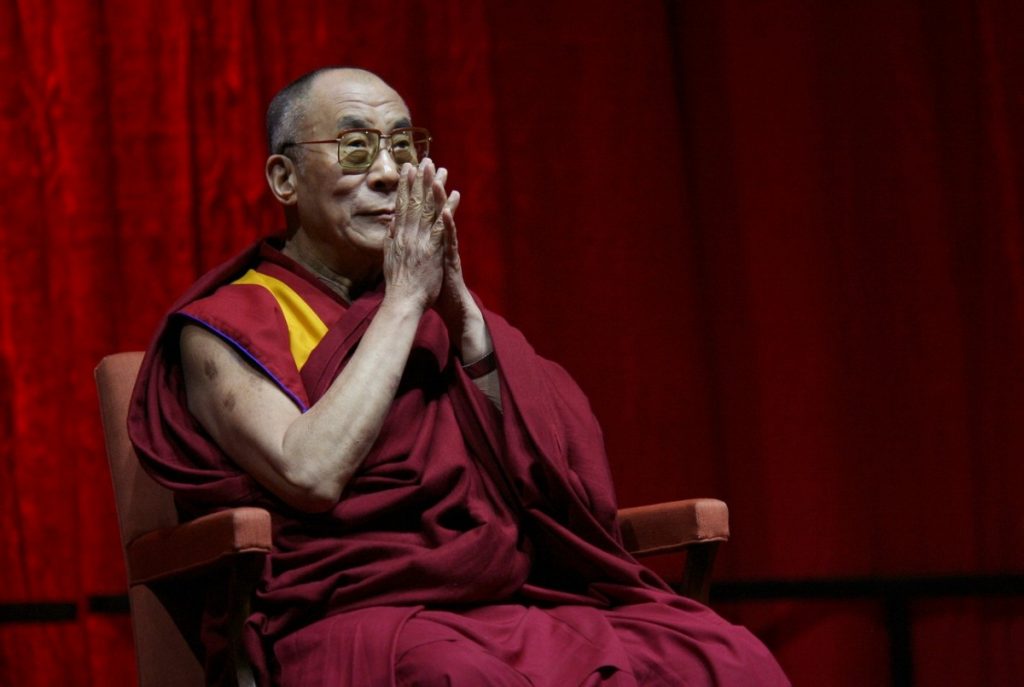 Observer Research Foundation’s distinguished fellow Manoj Joshi stated that the prime minister’s overture to the Dalai Lama was certainly “connected” to the developments in Eastern Ladakh.

Since May 2020, India and China have been in a stand-off at multiple points in eastern Ladakh. Indian and Chinese troops have withdrawn from their stand-off points on the shores of Pangong Lake, but Hot Springs-Ghogra and Depsang remain unresolved.

Joshi, who recently wrote a report on China’s 2021 White Paper on Tibet, felt that India’s moves have been haphazard and a “measure of our poor relations”. “As my paper notes, just before [the] Wuhan [informal summit], India ordered its officials not to celebrate the 60th anniversary of the Dalai’s arrival in India,” he said.

Joshi also noted that for China, the main ‘villains’ in Tibet have been the US and the West.

“Even with the Tibetans in India, the activity against China in the 1950s was done by the CIA. I think they have a good idea as to what we do and what we don’t do. So, they have been reconciled to the Dalai Lama getting asylum in India, and they also tolerate the fact that the CTA functions from Dharamshala, but they don’t ascribe anything to India,” he told The Wire.

He also added that despite certain gestures, India’s Tibet policy remains circumspect. “Actually New Delhi is very cautious on the issue and only makes these symbolic moves every now and then. All said and done, the Lobsang Sangay as Sikyong was welcomed into the White House, but he has not officially visit the PMO”.

When asked what the Indian government hopes to achieve from the latest signal, “Nothing much, just to keep the Tibetan pot boiling and exploit the Tibetan problems for their own ends”.

The India-based French expert on Tibet and Sino-Indian ties, Claude Arpi, described the conversation between Indian PM and Dalai Lama as an “excellent new beginning”.

He acknowledged that India had been inconsistent in public engagement with the Dalai Lama, but hoped that it was in the past. “The PM’s call looks like a reversal of the 2018 notification. Hopefully, it will be followed by more regular contacts between Delhi, the Office of the Dalai Lama and the new leadership of the CTA,” he told The Wire.

Arpi said that it was “extremely significant in the present context with the situation tense on the border, with no disengagement in view and the 12th round (of military-level talks) taking place any day now”.

He added that the timing of the message might also have to do with the Chinese PLA “trying hard to recruit Tibetans” into the army.

During the standoff too, the Indian government had publicised that it had used the Special Frontier Forces, which is comprised of Tibetan refugees, to secure tactical heights in late August along the southern bank of Pangong Tso.

Besides, Arpi believed that it was significant as China is trying to impose a Beijing-sanctioned successor to the Dalai Lama. “The PM’s call is a message from India that it will stand by the Dalai Lama and any decision he takes on his reincarnation”.