Modi apparently spoke about the “excellent state” of cooperation between India and Myanmar in counter-insurgency, among other areas. 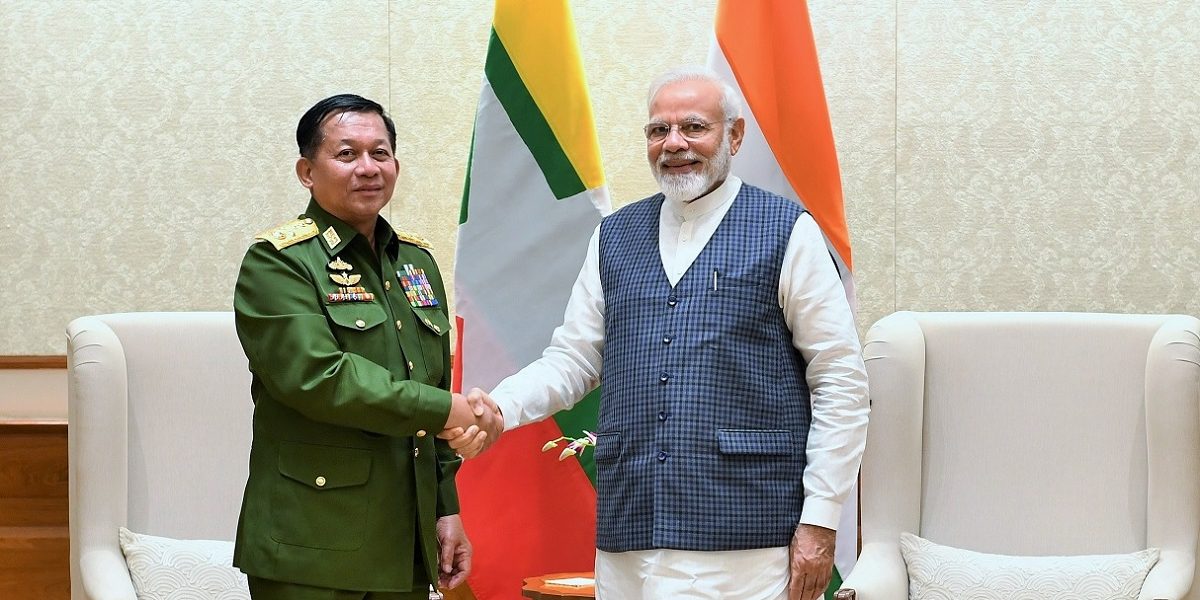 New Delhi: Two weeks after the US imposed sanctions on Myanmar’s commander-in-chief of defence forces for his role in atrocities against the Rohingyas, senior General Min Aung Hlaing was in India, where a red carpet was laid down for him, including a meeting with Prime Minister Narendra Modi.

US secretary of state Mike Pompeo had announced the travel sanctions against Myanmar’s top military commander and three other generals on July 16. “With this announcement, the United States is the first government to publicly take action with respect to the most senior leadership of the Burmese military,” he said.

According to the sanctions, the four military officers and their immediate family members were ineligible for entry into the US. Over 1.1 million Rohingyas are living in Bangladesh, after fleeing from a massive crackdown by Myanmar’s security forces following an attack by militants on border posts in August 2017.

India’s long-standing position has been that any penalising measures on Myanmar would be counter-productive. “Advocating and threatening Myanmar with punitive action, including referring it to the ICC either by the Security Council or by certain States will generate exactly the opposite result that we need to see,” India’s permanent representative said on July 2 at the UN Human Rights Council in Geneva.

Myanmar’s senior-most military officer, along with a high-level delegation, arrived in India on July 25 on a ten-day visit. He had been previously in India in July 2017 for a eight-day trip.

He travelled to Vishakapatnam to visit Eastern Naval Command headquarters and then went to National Defence Academy in Maharashtra.

Senior General Ming Aung Hlaing also took a special flight to visit Adani Port and Logistics at Mundra. According to media reports, Adani received approval to invest $290 million to build and run a container terminal in Yangon river in May.

On Monday, the commander-in-chief of Myanmar Defence Services called on the prime minister. According to the official read-out, he expressed satisfaction on “the all-round deepening of the unique relations between the two neighbours, including in the area of defence and security cooperation”.

In turn, Modi apparently spoke about the “excellent state” of cooperation between India and Myanmar in the areas of “counter-insurgency, capacity building, military-to-military-ties and maritime cooperation”.

The visiting Myanmar general held talks with minister of state for defence Shripad Yesso Naik and signed an MoU in defence cooperation.

As per the press communique, the bilateral talks encompassed review of joint exercises and training, strengthening of maritime security by joint surveillance and capacity building, medical co-operation, pollution response and development of new infrastructure.

India’s interest in securing close cooperation with the Myanmar military is certainly related to combating insurgent groups in the northeast, with many of the armed organisation having camps across the mountainous border.

With Myanmar facing sanctions on supplies from the West, China has been able to become the largest supplier of weapons equipment to the south-east Asian nation.

India has also been trying to increase its influence in Myanmar by courting the military.

According to the Stockholm International Peace Research Institute (SIPRI), India is one of the five top sellers of weapons for the Myanmar military along with China, Russia, Israel and Ukraine.