In his opening remarks at the summit, Modi said the Quad has gained a significant place at the world stage in a short span of time. 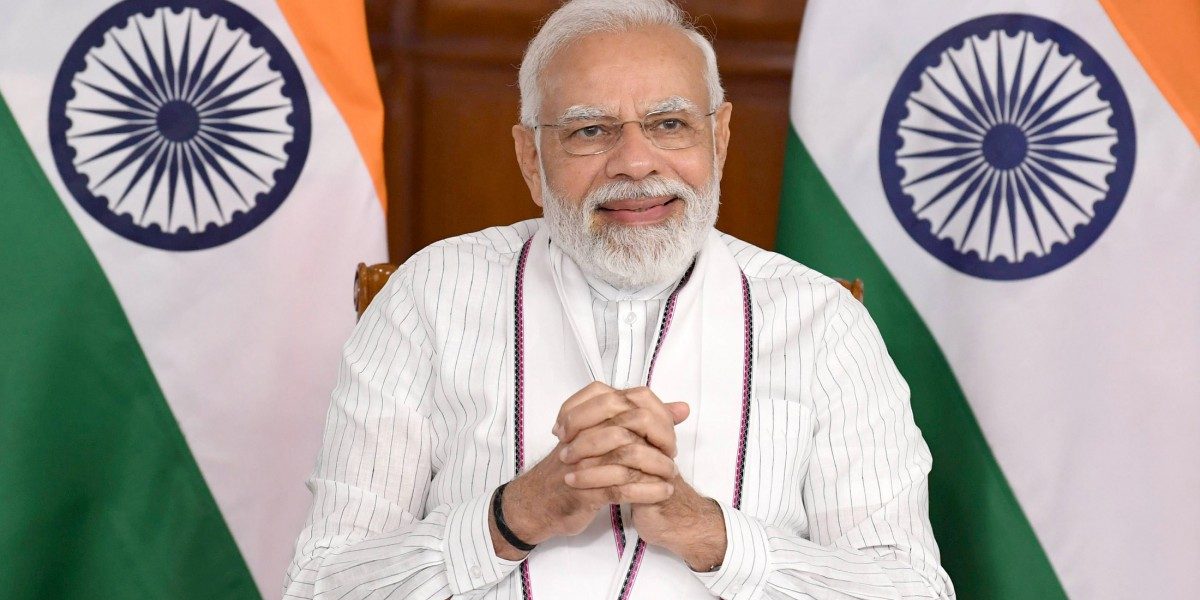 Tokyo: The mutual trust and determination among the Quad member countries is giving new energy to democratic forces and encouraging a free, open and inclusive Indo-Pacific, Prime Minister Narendra Modi said here on Tuesday at the second in-person summit of the four-nation grouping.

The prime minister said the Quad is moving ahead with a constructive agenda for the Indo-Pacific which will further strengthen its image of a “force for good”.

In his opening remarks at the summit, Modi said the Quad has gained a significant place at the world stage in a short span of time.

He said the cooperation among the Quad countries in various areas is contributing to peace and stability in the Indo-Pacific region.

In line with its long-term vision for the region, Biden on Monday launched the ambitious Indo-Pacific Economic Framework for Prosperity (IPEF), which is an initiative aimed at deeper cooperation among like-minded countries in areas like clean energy, supply-chain resilience and digital trade.

The rollout of the IPEF is expected to send across a signal that the US is focused on pushing forward a strong economic policy for the region to counter China’s aggressive strategy on trade in the region.

Attending the event to launch the IPEF, Prime Minister Modi said that the announcement of IPEF is a declaration of a collective desire to make the Indo-Pacific region an engine of global economic growth.

The prime minister also called for finding common and creative solutions to tackle economic challenges of the Indo-Pacific region.

Quad is not just a passing fad: Biden

Biden on Tuesday said that Quad is “not just a passing fad but it means business,” asserting that the four leaders of the grouping are here to get things done for the region and that he is proud of what they are building together.

Addressing the second in-person meeting between Quad leaders, Biden attacked Russia for its invasion of Ukraine, saying it is trying to extinguish a culture.

Biden welcomed Prime Minister Modi at the Summit and said it is wonderful to see him again in person.

“We share the same goal of ensuring a free and open Indo-Pacific that will deliver greater prosperity and greater opportunity for all of our children. I am looking forward to continuing to work with all of you and to strengthen economic cooperation to deliver inclusive growth and shared prosperity,” Biden said in his opening remarks.

“We’ve shown that Quad is not just a passing fad, we mean business. We’re here to get things done for the region, and I’m proud of what we’re building together and I look forward to our vital partnership flourishing and for many years to come,” Biden said.

He said that Russian President Vladimir Putin is just trying to extinguish a culture. This is more than a European issue. It is a global issue.

On the global food security issue in the wake of Russia’s invasion of Ukraine, which is one of the major exporters of wheat, the US President said that the global food crisis may worsen by Russia blocking Ukraine from exporting its grains.

As long as Russia continues war against Ukraine, the US will work with its partners, Biden vowed.

Addressing the Quad Summit, newly-elected Australian Prime Minister Albanese said that his government is committed to working with the Quad countries. “My government gives priority to building a more resilient Indo-Pacific region,” Albanese, who was sworn in as Australia’s 31st Prime Minister on Monday, said.

Japanese Prime Minister Kishida, who received all the Quad leaders ahead of the Summit in Tokyo, said that the Russian invasion of Ukraine challenges the principles enshrined in the UN Charter.

The summit is taking place under the shadow of the Russia-Ukraine conflict.

It is also taking place at a time when the relations between China and the Quad member countries have become tense, with Beijing increasingly challenging democratic values and resorting to coercive trade practices.

India, the US and several other world powers have been talking about the need to ensure a free, open and thriving Indo-Pacific in the backdrop of China’s rising military manoeuvring in the region.