Narendra Modi has said his visit will focus on economic co-operation with the Netherlands, but an advocacy group has urged the Dutch prime minister to also address India's deteriorating human rights situation. 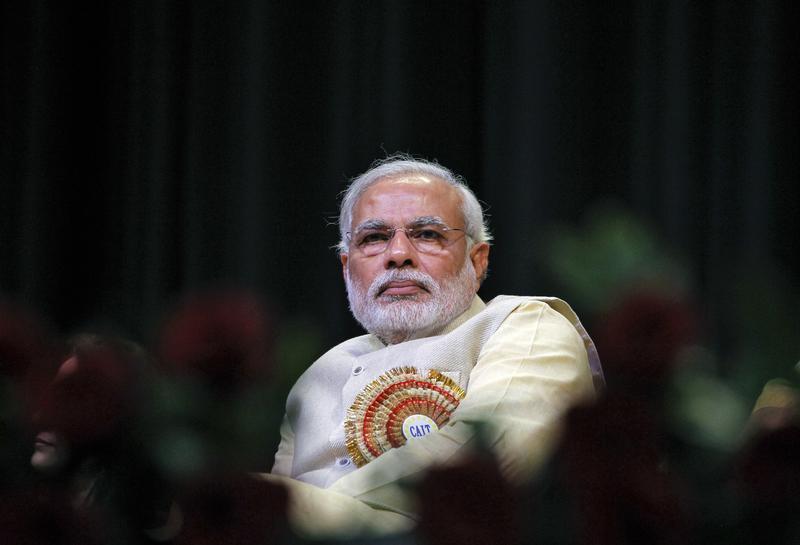 In an open letter to Dutch Prime Minister Mark Rutte, India Committee of the Netherlands (ICN), a human rights advocacy group that partners with many international non-governmental bodies, including in India, has urged him to discuss escalating Hindu extremist violence against minorities and the Modi government’s severe clampdown on Indian human rights organisations.

“Under Modi’s hindu-nationalist government, the marginalization of minority groups such as Dalits (‘untouchables’), Christians and Muslims has increased significantly. Especially these groups, together more than a third of the Indian population, are nowadays regularly victims of extremist Hindu groups who respond by violence to every alleged abuse of cows. The government of India largely ignores this violence…We urge you to ask Prime Minister Modi to actively promote the rights of minorities and to speak out against the violence of the Hindu extremist groups,” the letter said.

Modi is visiting the Netherlands to celebrate 70 years of diplomatic relations between the two countries.

“The Dutch expertise in areas such as water and waste management, agriculture and food processing, renewable energy and ports and shipping, matches with our development needs. Indo-Dutch economic engagement is a win-win proposition. I will discuss with PM Rutte as to how the two sides should work to further harness the synergies. I will also be meeting with CEOs of major Dutch companies and will encourage them to join the Indian growth story,” Modi has said on his Facebook page, making it clear that his visit would focus on economic co-operation with the Netherlands.

However, in light of Modi’s visit, the ICN has requested the Rutte to also take up concerns raised by human rights groups with his Indian counterpart. It believes that that the violations and Indian government’s conspicuous silence on such concerns have made it extremely difficult for Dutch human rights organisations to support their partners in India and have stalled Indo-Dutch cooperation on these fronts.

The ICN in the letter said that the occasion is a good enough platform to “address the deteriorating human rights situation in India during the discussion with the Indian Prime Minister.”

ICN pointed out five specific issues – rise of Hindu extremist violence, clampdown on freedom of critical expression, a tightened visa regime for Dutch professionals, violation of labour rights by Dutch companies in India, increasing use of child labour in various businesses – which has bothered many international organisations but have failed to get the attention of the Indian government.

Terming India as “a country with a great diversity of civil society organisations” historically, the ICN said that the groups are under tremendous pressure to voice their opinions honestly.

“The UN Special Rapporteur for Freedom of Association stated last year that the restrictions imposed by the Indian government on getting foreign funding “might disproportionately affect those organizations engaged in critical human rights work, those which address issues of government accountability and good governance, or represent vulnerable and minority populations or views. Recently, for example, Dalit organization Navsarjan was unable to receive money from foreign donors. Navsarjan carries out development programs for Dalits and supports Dalits to stand up for their rights,” the ICN’s open letter said.

In a similar vein, it alleged that ever since Modi came to power, it has become increasingly difficult for Dutch civil society organisations to work with their Indian partners and support their work. It said that the Modi government has frustrated employees of Dutch organisations, especially journalists, by refusing visas to them.

The ICN also said that large-scale labour rights violations have been noticed in the Indian supply chains of Dutch companies operating in India, especially in sectors like garments, seeds, natural stone and leather products. It said that the Dutch government, which has already noticed the violations earlier, should urge Modi to prevent such violations in future.

“For example, girls work as modern slaves on cotton fields and in spinning mills for products that international companies sell on the Dutch market. Also in for example vegetable seed production, mining and processing of natural stone and the production of leather products, Dutch companies are involved in systemic rights abuses,” the letter said, adding that the Dutch government should discuss this issue with Modi to set an example as the Netherlands is one of the largest foreign investors in India.

The ICN letter made noticeable noise in the Dutch parliament. In response to the Dutch government’s concern over India’s decision to tighten its screws on foreign funding to critical NGOs earlier this year, Joel Voordewind, a parliamentarian, on June 22, asked the Dutch government whether it was willing to discuss the reported thwarting of civil society organisations, especially through the “restrictive Foreign Contribution Regulation Act” with Modi.

“Would you [the Dutch prime minister] urge him [Modi] to change this restrictive visa policy and to bring it into line with the democratic values that India promotes,” Voorewind asked in the parliament.

He further asked whether the Dutch government was “prepared to address the position of frequently discriminated and marginalised groups such as Dalits and Muslims, also in view of the increasing number of violent expressions against them by extremist Hindu groups with regard to the banning of beef? Are you prepared to raise the increasing violence against Christian minorities, as evidenced by a report by the All India Christian Council?”

While Modi’s primary focus would be on greater economic cooperation with the Netherlands, the rising global attention towards human rights violations in India may prove to be an eyesore in his otherwise prolific trips.