'The meeting was short, but it did allow short exchanges on concerns that both our countries have on increasing radicalism.' 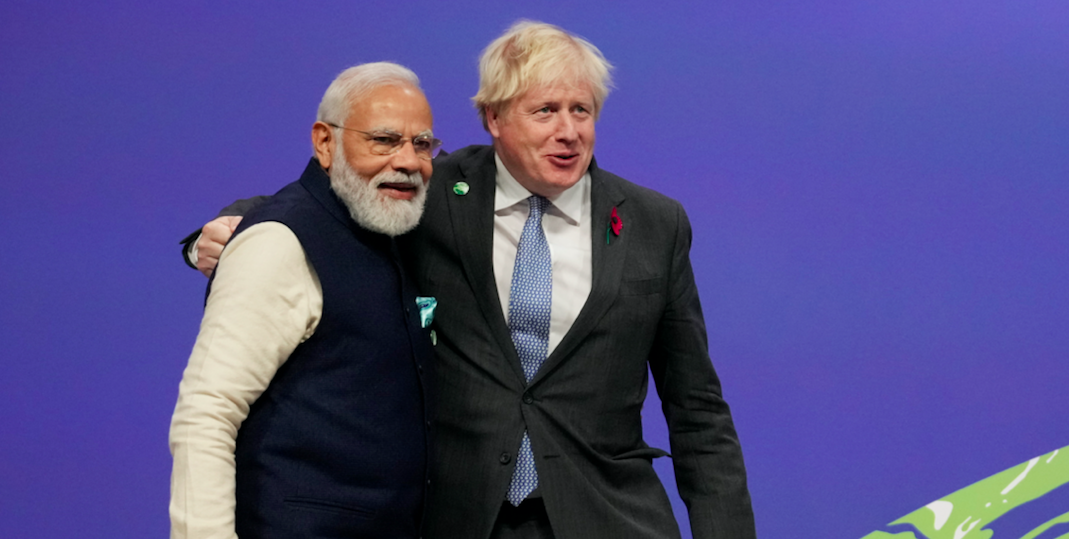 Glasgow: Counter-terrorism and the need to rein in extremist activities by certain fringe separatist outfits were among the issues covered during the short bilateral exchange between Prime Minister Narendra Modi and his British counterpart, Boris Johnson, on the margins of the COP26 climate summit in Glasgow.

In a media briefing at the close of day one of the World Leaders’ Summit of the 26th Conference of Parties (COP26) at the United Nations Framework Convention on Climate Change (UNFCCC) on Monday night, Foreign Secretary Harsh Vardhan Shringla was asked if anti-Indian activities by separatist groups who organise pro-Khalistani activities in the UK were among the issues raised during the talks between the two leaders.

“The meeting was short, but it did allow short exchanges on concerns that both our countries have on increasing radicalism”, Shringla said in response.

“In many senses, the extremism that we are seeing in certain fringe groups seems to be speaking out on issues that they have no legitimate right to do so and without traction of any kind. But nonetheless, it’s causing a certain level of disequilibrium and concern in both our countries,” he said.

“Prime Minister Johnson felt fully that some of these groups need to be reined in and that clearly, steps have to be taken to see how such activity, which under no means is democratic or constitutional, could be addressed,” he added.

During the media event, the Foreign Secretary reviewed the developments of the World Leaders’ Summit, during which the prime minister made a seminal statement on India’s contribution towards climate action by unveiling its National Determined Contributions (NBC) of setting a realistic, responsible and ambitious goal of achieving net-zero carbon emissions by 2070.

As the prime minister has said, climate change for him is an article of faith and India is more than fulfilling its commitments, said Shringla.

He also revealed that while the subject of the extradition of high-profile economic offenders such as Vijay Mallya and Nirav Modi, wanted in India on charges of fraud and money laundering, was not specifically discussed at length during the short bilateral meeting, the National Security Advisers (NSAs) of both countries are due to deliberate on the issue at length at an upcoming meeting on Wednesday.

The issue of extradition is important and the two prime ministers agreed that the specifics of this issue will be discussed between our National Security Advisers who are going to meet in London on 3rd November. So, they would go into detail of consular, security and other aspects of the UK-India relationship, the Foreign Secretary said.

Earlier, 10 Downing Street also issued a readout of the Johnson-Modi bilateral exchange, which it said highlighted the growing strength of the wider UK-India relationship.

The Green Guarantee is set to add GBP 750 million for green projects across India, announced by the UK at the COP26 summit and welcomed by India as a welcome initiative that can help towards the country’s climate action goals.

Further strengthening cooperation on bilateral defence and security and on international issues, including the situation in Afghanistan, were also among the topics of discussion flagged from the latest India-UK exchange on the sidelines of the World Leaders’ Summit which concludes on Tuesday.