'No Message on Talks Was Sent From India': MEA Denies Claim Made By Pakistan PM's NSA

Imran Khan's special adviser on national security Moeed Yusuf had told The Wire that India wanted a 'conversation' but the MEA has dismissed his statements as "contrary to facts on the ground, misleading and fictitious.' 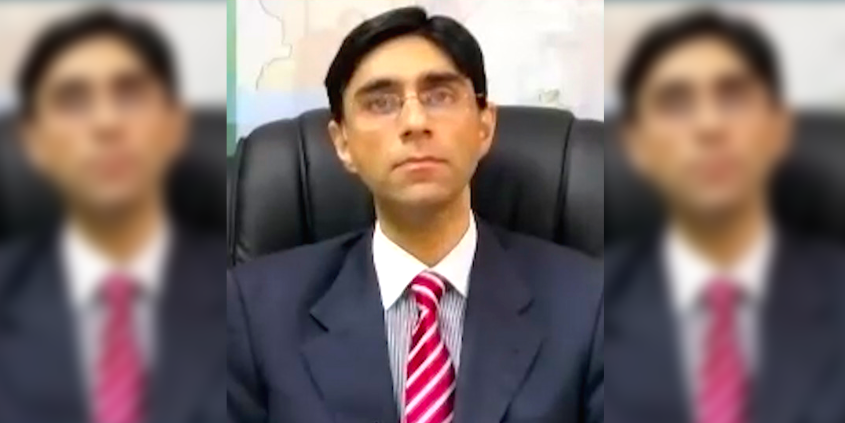 New Delhi: India on Thursday dismissed the claim that New Delhi had broached a “desire for conversation” with Islamabad, made by Pakistan Prime Minister Imran Khan’s advisor Moeed Yusuf, by calling his account “fictitious”.

In an interview to Karan Thapar for The Wire on Tuesday, the Pakistan prime minister’s special assistant on national security and strategic policy planning claimed that Pakistan had got messages in the “past year” about a “desire of conversation” from India. The Pakistani official had, however, refused to offer any more details on this message that had allegedly been conveyed by India.

This was first interview to an Indian media outlet by a Pakistani official since August 2019.

“The statements made by him are contrary to facts on the ground, misleading and fictitious. As regards the purported message that was referred to, let me make it clear that no such message was sent from our side,” said MEA spokesperson Anurag Srivastava at the weekly briefing on October 15.

He asserted that Yusuf’s remarks were part of “Pakistan’s efforts to divert attention from [the] domestic failures of the present government and mislead its domestic constituents by pulling India into headlines on a daily basis”.

India’s foreign office spokesperson advised the Pakistani official “to restrict his advice to the establishment and not comment on India’s domestic policies”.

He noted that Pakistan continued to “support, aid and abet cross-border terrorism against India and has also been resorting to unprovoked ceasefire violations to support terrorist infiltration”.

“The Pakistani leadership continues to indulge in an inappropriate, provocative and hate speech against India. Such support to terrorism against India and use of derogatory abusive language are not conducive to normal neighbourly relations,” he said.

Imran Khan has repeatedly compared the Indian government and Prime Minister Narendra Modi to the Nazi regime in Germany at several international fora, including the United Nations General Assembly.

In the course of the interview, when Yusuf asked how the two countries could sit down for talks when Pakistan had used strong language targeting the Indian prime minister, he had said, “First of all, it’s not one man, Imran Khan, talking to one man, Narendra Modi – we’re talking of two states talking to each other.”

This formulation was clearly not acceptable to India.

“The Pakistani leadership continues to indulge in inappropriate, provocative and hate speech against India. Such support to terrorism against India and use of derogatory and abusive language are not conducive to normal neighbourly relations,” said Srivastava.

Yusuf told The Wire that Pakistan was ready to speak about both Kashmir and terrorism, but also stated that Kashmiris had to be a part of this dialogue.

India had stopped all talks with Pakistan following the Pathankot air force terror attack in January 2016. Since then, New Delhi has stated that it will not hold any discussions with Pakistan unless it turns off the tap on cross-border terrorism.