India Reaffirms Support For Palestine Cause During Mahmoud Abbas's Visit

India and Palestine also signed five agreements on cooperation in the areas of agriculture, IT and electronics, health, and youth affairs and sports. 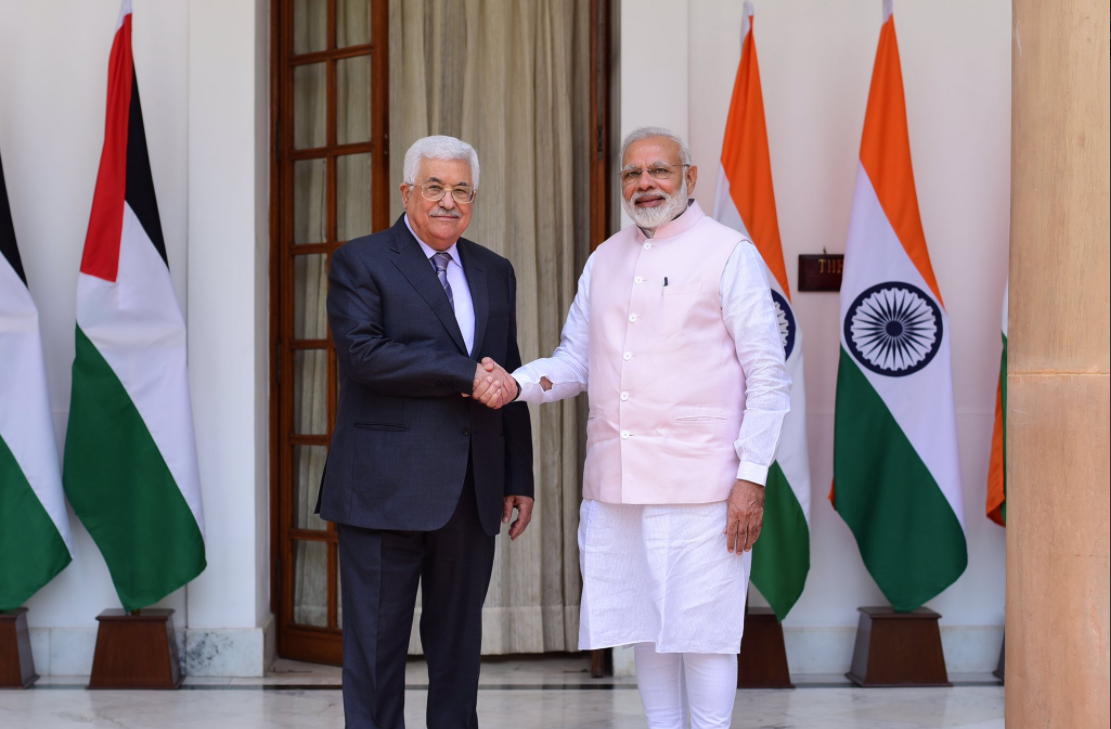 “We had extensive exchange of views on the situation in West Asia and the Middle East peace process,” Modi said while jointly addressing the media with Abbas following the delegation-level talks.

“We agreed that the challenges in West Asia must be addressed through sustained political dialogue and peaceful means,” he said. “India hopes for early resumption of talks between Palestinian and Israeli sides to move towards finding a comprehensive resolution.”

Modi said India has been “unwavering in its support of the Palestinian cause”. “And, we hope to see the realisation of a sovereign, independent, united and viable Palestine, co-existing peacefully with Israel,” he said.

Abbas’s trip to India comes ahead of Modi’s visit to Israel, scheduled for July this year.

Modi also said that India would continue to extend cooperation in building infrastructure in Palestine and contribute to improving the lives of its people. “We will continue to support the development and capacity-building efforts of Palestine,” he said.

Modi also referred to a flagship Techno-park project India was undertaking in Ramallah and said particular emphasis was being laid on the areas of information technology, youth and skills development. He also called for enhancing cultural exchanges between the two sides and sought the participation of the Palestinian people in the International Yoga Day to be observed next month.

On his part, Abbas expressed his appreciation for India’s continued support and solidarity for the Palestinian cause on international forums.

He said he updated Modi on his meeting with US President Donald Trump regarding the Middle East peace process as well as his talks with German President Frank-Walter Steinmeier and Russian President Vladimir Putin on the issue.

Abbas also condemned terrorism in all its forms and manifestations and voiced support for all regional and international efforts to fight this menace.

Earlier in the day, Abbas was accorded a ceremonial welcome at Rashtrapati Bhavan here following which he paid tribute to Mahatma Gandhi at Rajghat.

Abbas arrived in New Delhi on Sunday on a four-day visit to India. This is his fifth visit to India and the third state visit after his visits in 2008 and 2012.