Kazakhstan has been witnessing large-scale violence which claimed the lives of 160 people so far. 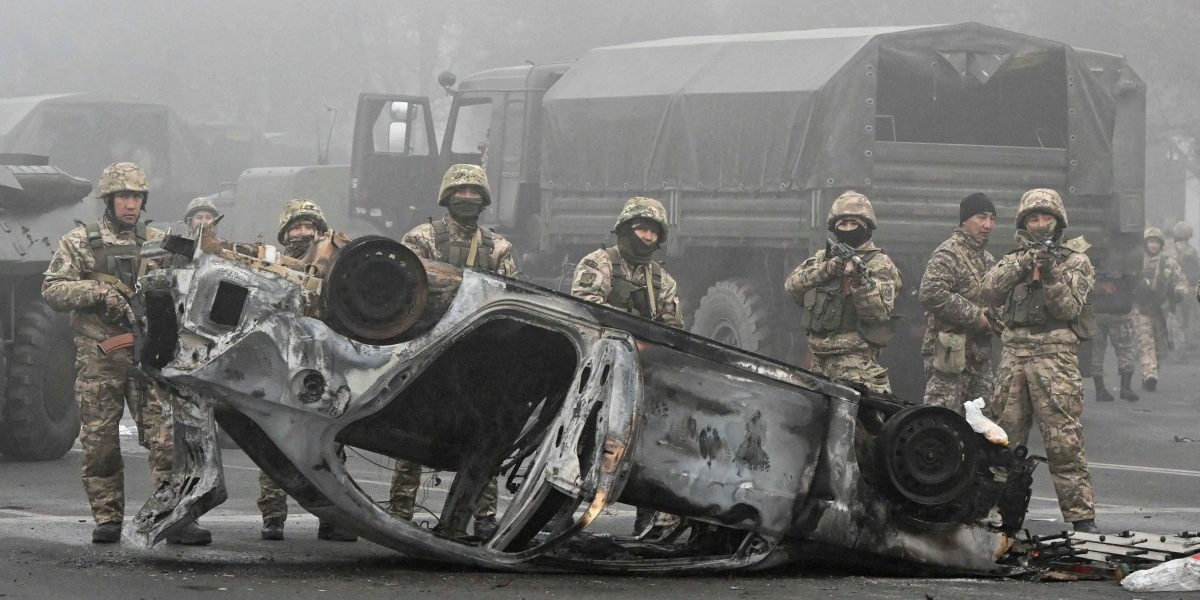 Troops are seen at the main square where hundreds of people were protesting against the government, after authorities' decision to lift price caps on liquefied petroleum gas, in Almaty, Kazakhstan January 6, 2022. Photo: Reuters.

New Delhi: India on Monday said it was closely following the developments in Kazakhstan and looked forward to early stabilisation of the situation.

Arindam Bagchi, the spokesperson in the ministry of external affairs (MEA), said coordination with authorities had helped in ensuring the safety and security of Indian nationals in that country.

“India is closely following recent developments in Kazakhstan. We express our deepest condolences to families of innocent victims who have lost lives in the violence,” he said.

“As a close and friendly partner of Kazakhstan, we look forward to an early stabilisation of the situation,” Bagchi said.

Kazakhstan has been witnessing large-scale violence following protests that were initially triggered by a rise in fuel prices.

According to reports, over 160 people were killed in the violence.

“Coordination with authorities has helped ensuring the safety and security of Indian nationals. They are advised to follow local security instructions and get in touch with the Embassy of India for any assistance,” Bagchi said.