Life for Rohingya Refugees in Nepal Is Better Than in India and Bangladesh, but Only Marginally

The lives of Rohingya Muslim may be much better in Nepal in comparison to the other countries but should this really be question of relative freedoms? 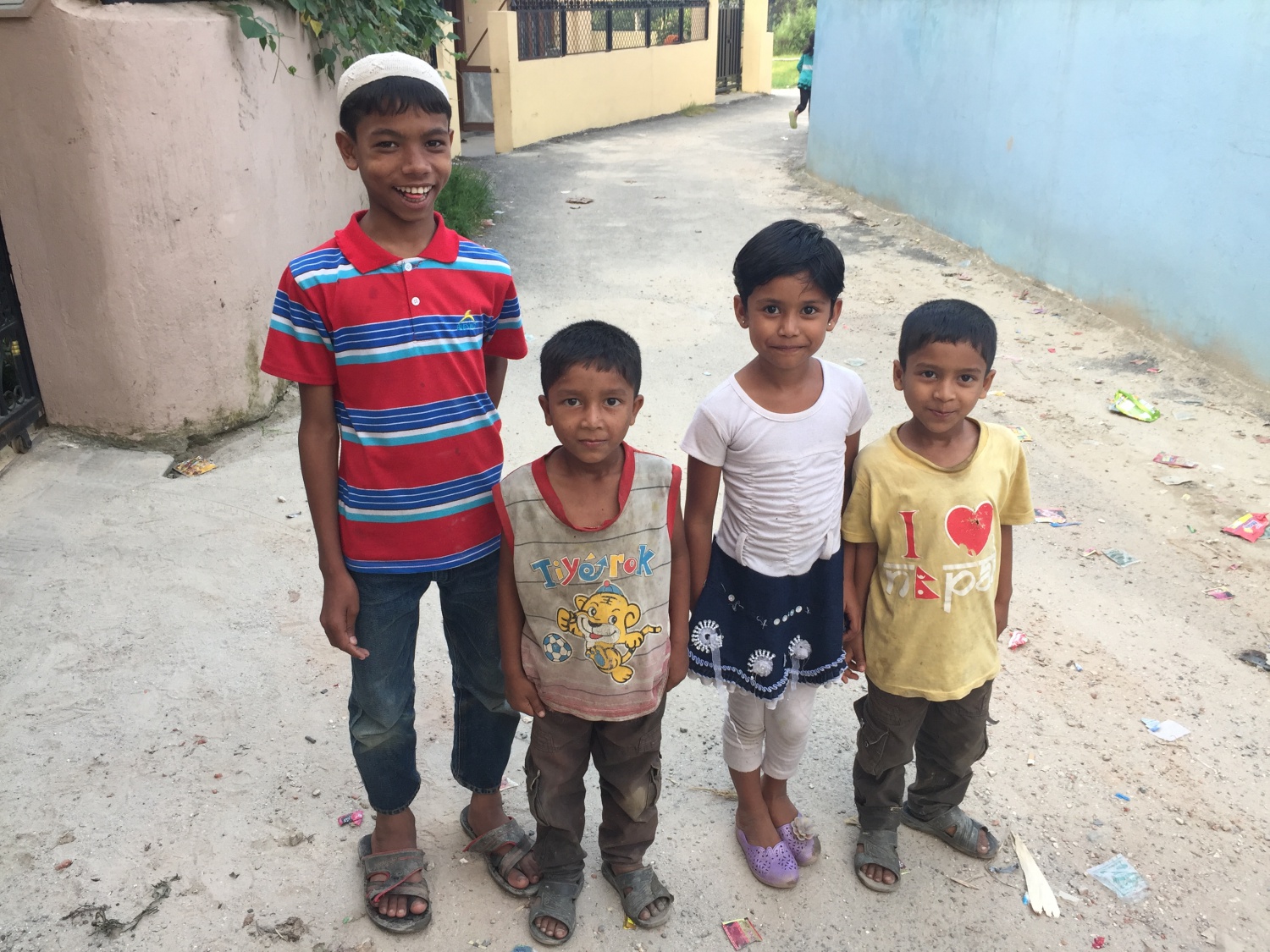 Rohingya Muslim children who live in a refugee camp in the outskirts of Kathmandu in Nepal. Credit: Puja Sen

On September 28, 2012, three Rohingya Muslim families beat a perilous path, crossing three country borders in South Asia, to reach Nepal. Jafar Alam, Amir Hussain and Abu Takir and their wives and children, all from border villages north of Maungdaw in Myanmar’s Rakhine state, were the first from the Rohingya community to seek refuge in Kathmandu.

Meanwhile, the same year, in India, right wing politicians were stoking up fear against the Bangali migrant in Assam; Pakistan was planning to revoke the refugee status of all Afghans living within its borders; and Bangladesh had decided to shut its borders to fleeing Myanmarese refugees following a fresh spate of violence in the Rakhine state. International attention at the time was riveted on the Syrian refugees. All the host countries’ – both in Europe and South Asia – made arguments about the threat to law and order, security and disruption to local culture to justify barring or limiting entry to terrified populations fleeing persecution, war and terror.

Rohingya refugees have been called one of “the most persecuted minority in the world” by the UN and while a consensus is finally being developed around the fact that there is genocide taking place in Myanmar, neighbouring state governments seem more concerned with amplifying what ‘terrorist’ threat these desperate men and women might pose. Rohingyas are not listed in the 135 ethnicities recognised by the Myanmarese government and are therefore, in effect, stateless ­– without voting rights, without proper access to education and healthcare, or the right to property. Even as international media and foreign observers have been denied full access to the camps in Myanmar, over the past five years, reports and videos of violence, rape, torture and villages being razed to the ground by state forces have been consistent. After weeks of growing international pressure, state counsellor Aung San Suu Kyi – championed as a crusader for democratic freedom in the past decades – finally broke her silence with lies, half truths and equivocation.  She did not use the term “Rohingya” to refer to the Muslim minority, claimed “all people in the Rakhine state had access to education and healthcare services without discrimination” and that the Myanmar government had done nothing to “apportion blame”. 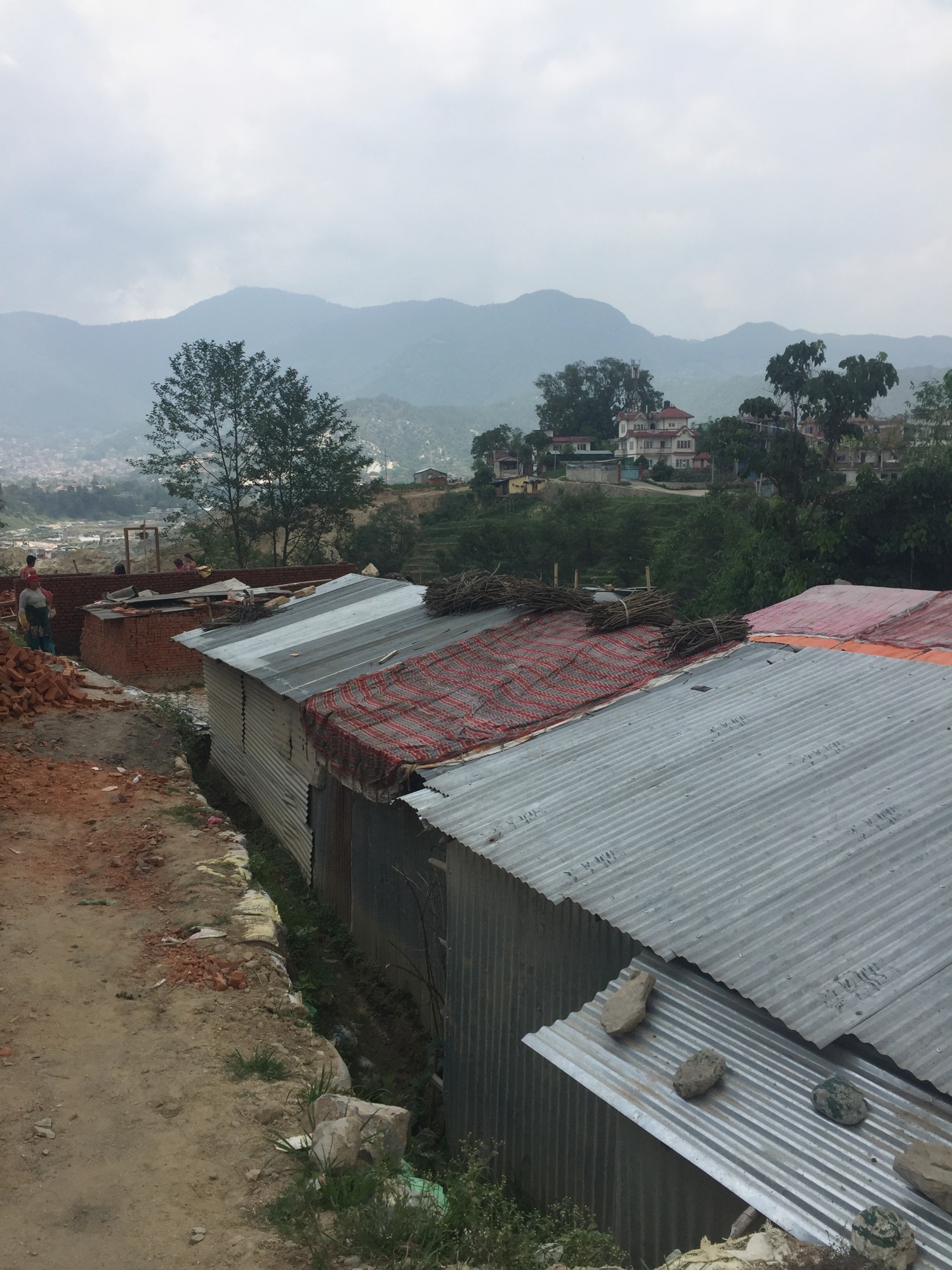 Rohingya refugee camps at Kapan, on the outskirts of Kathmandu. Credit: Puja Sen

On August 25, 2017, the Arakan Rohingya Salvation Army, a Rohingya insurgent group formed five years ago, carried out concerted attacks against government troops, which prompted brutal state reprisal resulting in clashes that left 400 dead and an estimated 160,000 Rohingyas at Bangladesh’s door. The Amnesty International Crisis Response Director Tirana Hassan, based on new evidence gathered by the organisation through satellite imagery, has said unequivocally: “Make no mistake, this is ethnic cleansing”.

For Alam, his immediate experience of Nepal in 2012 turned out to be many degrees less harsh than what he and his family faced in Bangladesh and India. When I met him and other members of the community in their makeshift tin-roofed camp in Kapan, on the outskirts of Kathmandu in March this year, they spoke of how the threat to life, harassment by police and state officials and a culture of fear and xenophobia, seemed non existent in comparison to the other countries. “It is actually possible for me to go to a traffic police here and ask for directions if I am lost. Because no one asks you where you are from, no one bothers you. I could never even think of doing this elsewhere. I would be questioned in my own country and was fearful to do so in India and Bangladesh,” said Alam.  His brother Rohit Alam, who reached Kathmandu a year later, in 2013, said, “freedom here is greater than in America.”

The life of a refugee in Kathmandu however, is debilitating in many different ways. Rohit, while extolling the country’s freedoms, in the same breath says, “par Nepal mein humein na jeene de rahe hai na marne de rahe hai (They are not letting us live or die in Nepal).” This is also a sentiment echoed by various Pakistani Ahmadiyya refugees I spoke to, many of whom had to escape direct violence and active persecution by the state and militants as well. Their lives in Nepal over the last five years however, has come to a stand still – a much more sobering sort of violence, but violence nevertheless.

Gazala Rauf, an Ahmaddiya whose family was repeatedly threatened and targeted in Pakistan before she escaped to Nepal with her husband and two children, said, “In Pakistan, there are many refugees. But I never knew what it meant to be one and didn’t bother finding out then. And now I wouldn’t wish that state upon anyone.” Her husband draws a parallel with the Rohingyas: “Our state is also like the Burmese Muslims – the government and security force is not on our side.”

Nepal, like Bangladesh and India, is not a signatory to the 1951 Refugee convention, nor is it party to the 1967 Protocol Relating to the Status of Refugees, which would disallow countries from repatriating refugees if the conditions of the home country were still dire. The only refugees the Nepali state recognises are the Tibetan and Bhutanese. There are however nearly 500 ‘urban refugees’ from the subcontinent residing in Nepal. For each day they stay on in Nepal, beyond their tourist visa limit, they accrue a daily fine of $6. For a single person, in four or five years this could be ratcheted up to the hundreds of thousands of dollars. In the event of resettlement to a third country, they can only leave Nepal once they pay this fine. Further, refugees are not allowed to get formal employment of any kind, thus ruling out any possibility of earning a livelihood. Whatever work they can do has to be irregular, informal and under the radar. So they do not earn the minimum daily wage and are hired at rates significantly lower than the Nepali worker.

Husein says: “I know finding work in Nepal is hard. So many Nepali people are leaving to work in Malaysia, Qatar. But still, the government or the UN must find some way to give us work too. Even if we are not citizens. Or I want to return my refugee letter to the UN, because it is of no use to me.” 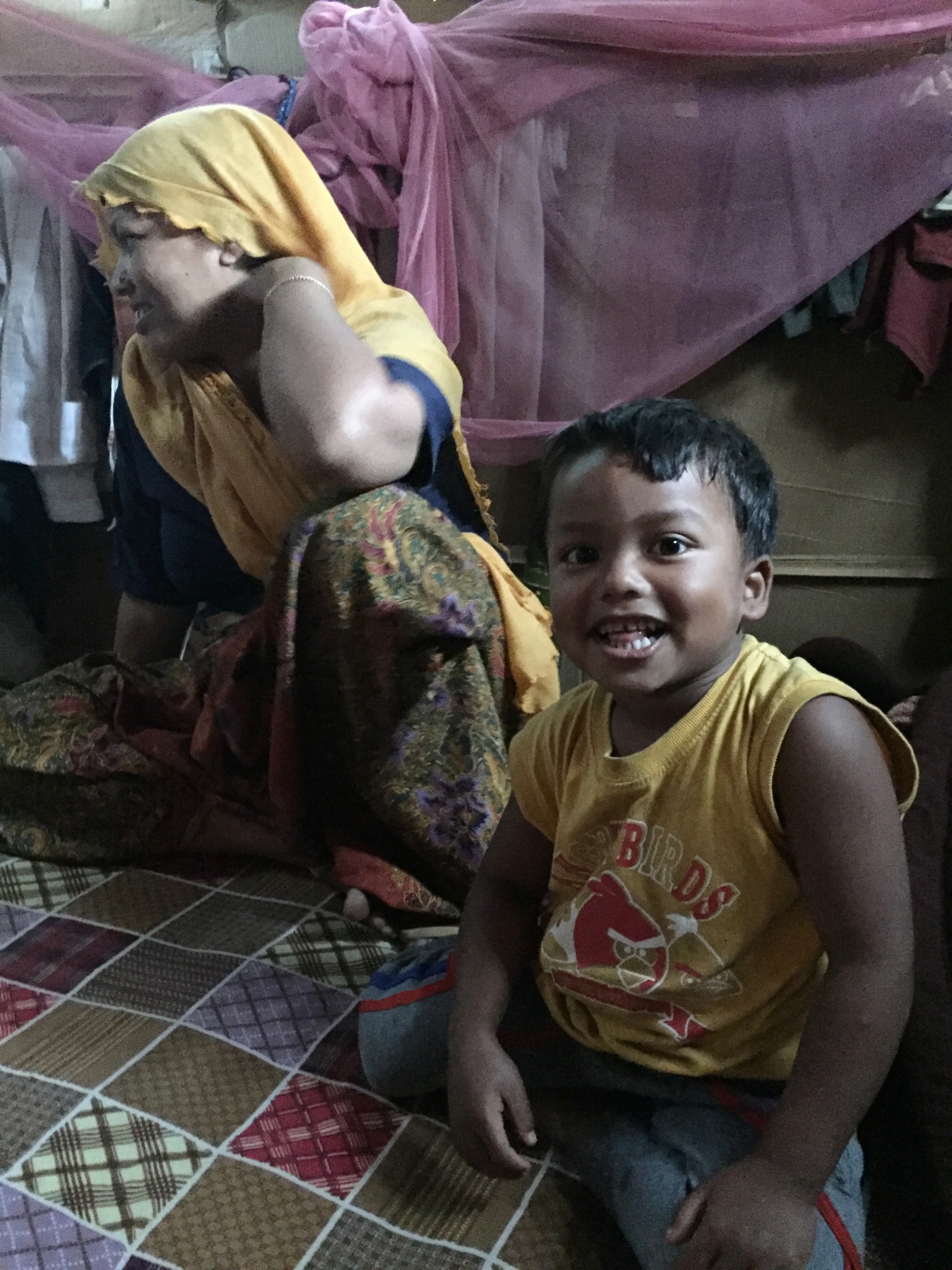 The refugees have no direct contact with the state and because the UNHCR is the mediating force between the two, it is the only entity helpless refugees can direct their frustration towards. Without any workable legal framework, refugees in Nepal find themselves in a curious bind. The state’s looking away allows them a certain degree of freedom from bureaucratic harassment and the threat of deportation, but it also paralyses any real possibility of a fully functioning life. “We feel like we are in jail,” says Rauf. Without any money to travel by bus, to explore the city, or even go outside it, Rizwana Tabassum, another Pakistani Ahmaddiya living in Nepal for four years, said, “I’ve heard Nepal is a beautiful country. But we haven’t seen it, we are not tourists”. There is nothing to do but wait for something to shift. And if that were not bad enough, waiting comes at the daily cost of six dollars.

The recent August attacks and widespread global news about Rohingyas has brought Kathmandu’s media attention to the miniscule Rohingya presence in the country. And not all of it has been welcoming. Since the beginning of September, journalists and reporters have been streaming in to their camp sites unannounced. Due to this, for the first time, the surrounding neighbourhood has started asking questions. “In the five years that we have lived here, the police has never come to our homes. Suddenly now they have been coming to check, asking who we are,” Alam told me on September 14.

The Rohingya are particularly upset with AP1, a conservative Nepali TV channel, which, after taking a few interviews, has been misrepresenting their stories, providing a sensationalised narrative by citing uncorroborated and false figures on the apparent increased influx of Rohingya Muslims. The footage mentions Kiren Rijju’s resolve to deport 40,000 Rohingya living in India, drumming up the fear that these 40,000 may then attempt to come into Nepal. Sallaudin Khan, a Rohingya who came to Nepal last year after he lost many of his family members in October, says “what if they deport us from here too? Muslims are in the minority here as well. Where will we go?”

Also read: In Myanmar, India Has Got the Diplomatic Plot All Wrong

At present there are 147 registered Rohingya Muslims refugees in Nepal, with 100 more in the process of getting documentation. And none of them arrived after August. On September 14, UNHCR Nepal released a statement stating “To date, UNHCR has not detected a surge in the number of Rohingya refugees arriving to Nepal due to the [recent] violence which broke out in Rakhine state… and does not forsee an influx of Rohingya refugees via Bangladesh and India.”

Either reviled or pitied in the dominant narrative, the lives of Rohingya Muslim might seem much better in Nepal in comparison to India and Bangladesh. And perhaps in many ways it is. But sometimes these stories make us forget that this shouldn’t be a question of relative freedoms at all. It is not just enough to be safe from physical violence and state persecution. Refugees must be accorded their full humanity and with that, the right to work, to live, no matter where or who they are.

Puja Sen is a Kathmandu-based journalist.