ICJ has scheduled oral hearings on the provisional measures requested by India on May 15. 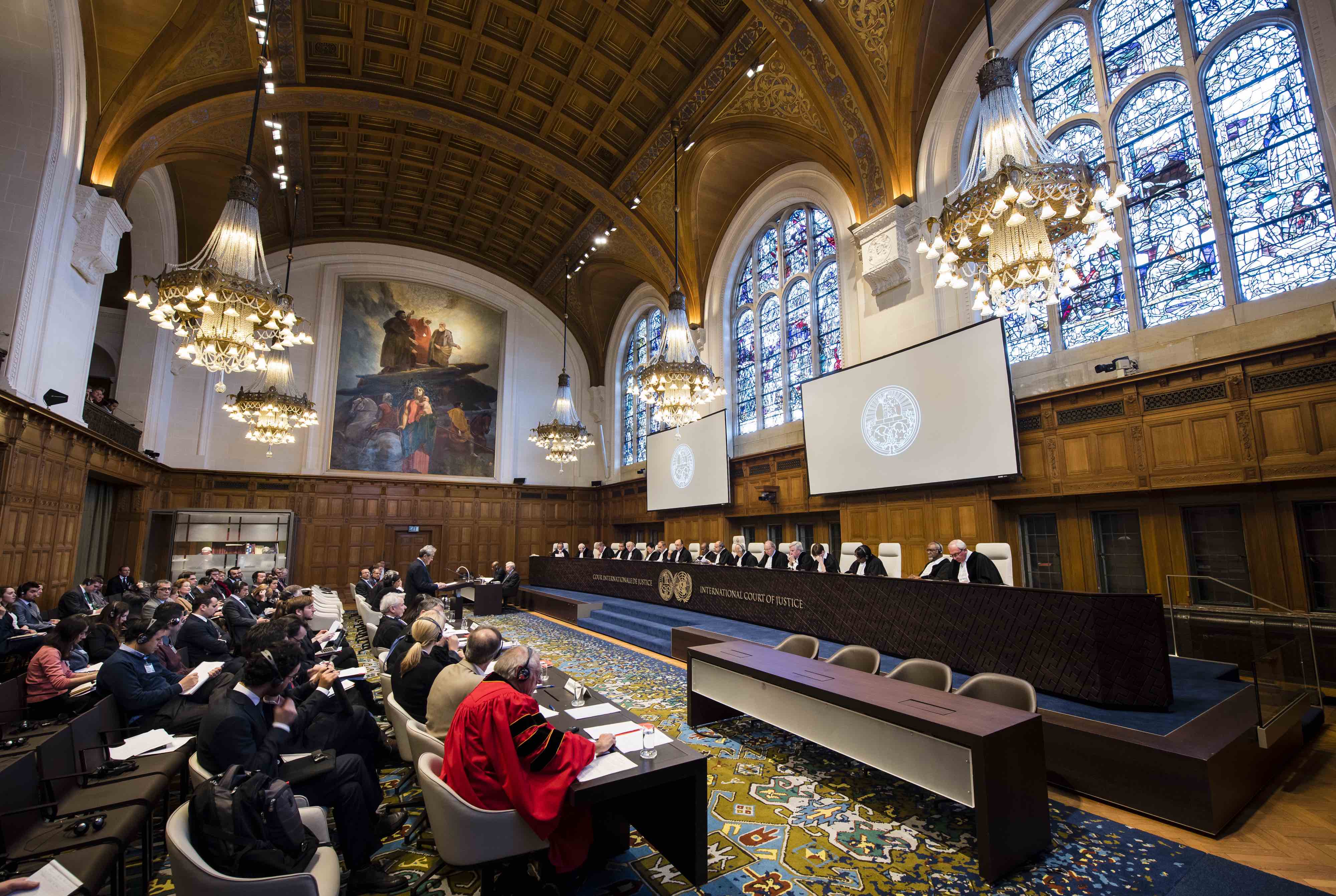 The International Court of Justice in session. Credit: ICJ

New Delhi: India  decided to approach the International Court of Justice (ICJ) about seven days after Pakistan announced the death sentence for Kulbhushan Jadhav, but the timing of the application was finalised just a week ago.

On April 10, the Pakistan army spokesperson announced that Indian national Jadhav had been sentenced to death by the field general court martial for espionage under the Official Secrets Act and the Pakistan Army Act.

Within a few days, the political leadership was advised to approach the ICJ – as one of various options. The decision to go to the UN body – the first time in 46 years – was finalised in the third week of April.

While the legal and treaties division of The external affairs ministry began to intensively prepare the documents for India’s application, at least one other senior advocate had been considered before Harish Salve was finalised as India’s legal representative.

According to sources, the decision on the timing of India’s application was taken last week. A very small group of senior officials were involved in drafting the application, which took place only in a stand-alone computer in South Block.

The MEA joint secretary, legal and treaties division, V.D. Sharma, travelled to The Hague to submit India’s application against Pakistan for violating the 1963 Vienna Convention on Consular Relations. Following India’s submission on May 8, the ICJ president used his powers under Section 74 (4) of the rules of the court to request Pakistan to hold back on executing the sentence, so that any decision on preliminary measures does not become useless.

“In my capacity as president of the court, and exercising powers conferred upon me under Article 74, paragraph 4, of the rules of the court, I call upon Your Excellency’s Government, pending the court’s decision on [India’s] request for the indication of provisional measures, to act in such a way as will enable any order the court may make on this request to have its appropriate effects,” Judge Ronny Abraham of France, ICJ’s president, wrote to the Pakistani government on May 9.

While the UN judicial body’s letter has the impact of a stay, it was termed as an “urgent communication” in techical ICJ parlance. An official in the Hague-based body said that it was “more in the nature of a warning”.

Here in Delhi, India’s MEA spokesperson Gopal Baglay officially only hinted that the ICJ president had initiated action and that it was “privileged communication between ICJ and government of Pakistan that we have been informed of.”

The ICJ spokesperson noted that there were two options for the court after India’s submission. One, it could accept India’s plea and give out provisional measures without an oral hearing – but, the official noted that this was “very, very rare”.

The second option – “which happens in 99% of cases” – is for the ICJ to call both parties for a special session. The dates of this session are decided by the court in consultation with both the petitioner and the respondent, and then made public.

On Wednesday night, ICJ announced that oral hearings would be held on May 15, with both sides to be given one and half hours for their arguments.

Now that India has got the ICJ to ask Pakistan hold back on execution of Jadhav, the spotlight moves to the substantive arguments made by India.

As the MEA spokesperson noted, India has clearly framed the case as only a “consular matter”, narrowing it down to violations of the 1963 Vienna Convention for Consular Relations.

In its application, India took on Islamabad’s position of terming this as just a bilateral matter by specifically referring to the Pakistan foreign ministry’s press briefing on April 20, when the spokesperson had mentioned the 2008 bilateral agreement as the basis for the denial of consular access.

“This argument lacks merit both because of the express provisions of the Vienna Convention, as well as the plain language of the Agreement On Consular Access signed between the two countries on 21 May 2008,” he said. As per clause VI of the bilateral pact, in case of an arrest, detention or sentence made on political or security grounds, each side could examine the case on its own merits.

Stating that India’s claim was based solely upon the Vienna Convention, the 82-page document by India pointed out that Article 73 in the convention says that nothing in the multilateral treaty “shall preclude States from concluding international agreements confirming or supplementing or extending or amplifying the provisions thereof”.

Then, India’s argument segued into Article 41 of Vienna Convention on the Law of Treaties, which says that two or more parties can enter an agreement to modify the terms of a multilateral pact as long as “any such modification cannot relate to a provision, the derogation from which is incompatible with the effective execution of the abject and purpose of the Treaty as a whole”.

India further cited six reasons as to why Pakistan’s domestic appeal process for Jadhav was an “illusory remedy”:

On the issue of the ICJ’s  jurisdiction, India invoked article 36(1) of the ICJ statute which states that the court could adjudicate “all cases which the parties refer to it and all matters specially provided for in the Charter of the United Nations or in treaties and conventions in force.”

India told the ICJ that “In such cases, the declarations made by the parties under paragraph 2 of Article 36-or any reservations in such declarations are not applicable”.

Stating that there was precedence for this interpretation, India then cited four cases on which ICJ had to dwell on the issue of jurisdiction:

“The jurisdiction of this Court to entertain applications for relief in cases of breach of the Vienna Convention thus is not in doubt,” India argued.

In the first public reaction from Pakistan, defence minister Khawaja Asif said that India was trying to “divert attention from state-sponsored terrorism in Pak”.

Later, PTI reported that Sartaj Aziz said that the government was “the Indian petition and the International Court of Justice’s (ICJ) authority (on the case)”.

Meanwhile, media reports also said that Pakistan Prime Minister Nawaz Sharif and army chief General Qamar Javed Bajwa held a meeting on Wednesday. This was their second meeting within a week and came on the day when Pakistan army announced that it had withdrawn its “tweet” which rejected a previous notification issued by the Pakistan prime minister’s office.

BBC Urdu quoted Iran’s consul general in Quetta as saying that Iran had requested the Pakistan government to allow access to Jadhav. However, there was no confirmation from the Indian government on this matter. Jadhav had been working at Iran’s Chabahar port and was kidnapped from Iranian soil, India has claimed. Pakistan has alleged that Jadhav used Iranian territory to launch his espionage activities targeting Pakistan.