Stating that the demands for intervention were a threat to Maldives’ independence and security, the statement called on all parties to “refrain from such calls”. 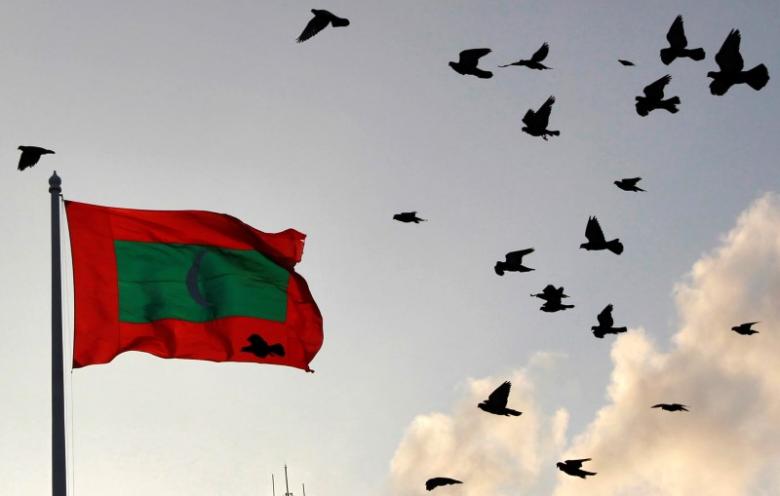 A Maldives national flag flutters as pigeons fly past during the morning in Male. Credit: Reuters 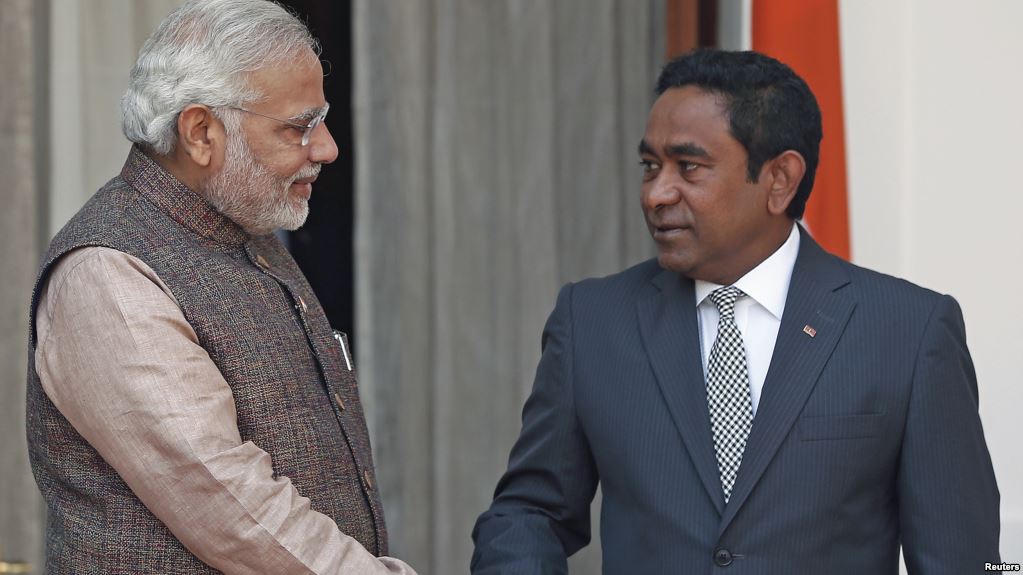 New Delhi: In a pointed message on Tuesday, the Maldives defence ministry said it “believes” that India will not militarily intervene in the Indian ocean island nation – a statement which is being interpreted as a not-so-subtle message to New Delhi to not consider such a step.

The Maldives defence ministry’s statement expressed concern at calls urging “Indian military intervention and military action” from “some Maldivians” and “Indian politicians and non-political personnel alike”. It noted that these calls for Indian intervention had been reported in both social media and traditional media outlets in the Maldives and India.

Stating that these demands for intervention were a threat to Maldives’ independence and security, the statement called on all parties to “refrain from such calls”.

“The government views such actions to be irresponsible and intended to cause the citizens of both nations, as well as other stakeholders, to cast doubt upon the excellent relationship India and Maldives have enjoyed for decades” said the statement.

“Furthermore, the government of Maldives would like to reiterate that it has maintained good relations with India since the Maldives declared its Independence and firmly believes that India would not act on any such calls,” said the statement.

Both Maldivian and Indian official sources told The Wire that while the statement was targeted at multiple audiences, it was especially directed at the Indian government.

A diplomatic source drew attention to Male emphasising that “no responsible government” would intervene in another country without the invitation of the sitting administration.

“We would like to reiterate that at no time has the government of Maldives requested any foreign country for military intervention or assistance in the Maldives, and that there is no threat to Maldives from being invaded by foreign military,” said the statement, issued in both English and Dhivehi.

It added that Maldivian citizens do not “have to fear for its independence or sovereignty and that the government would not give any opportunity to anyone to threaten the country’s sovereignty”.

Interestingly, this government communique was reported by at least two Maldivian media outlets with headlines that India had committed to not intervene militarily.

“The government of the Maldives on Tuesday announced that it has received assurance that India would not send military troops to deal with the political tensions in the archipelago,” said the Mihaaru article, ‘India will not send troops to Maldives: defence ministry’.

Similarly, Avas wrote, “India’s government has assured [Male] that it would not deploy its troops to the Maldives to resolve the ongoing political crisis in the archipelago, the Maldives military confirmed Tuesday”.

Indian official sources told The Wire that “no commitment or comment” had been made by India outside the official public position on Maldives.

Meanwhile, the Maldives defence minister said on state TV that Maldivians facing India may face difficulties. He claimed that this situation had apparently arise due to the statements by a former Indian minister. The minister was referring to remarks by former foreign minister Yashwant Sinha, who said that India should not remain a “mute spectator” in Maldives.

So far, India has made two statements on Maldives’ current crisis. The first on February 2 called on the Maldives government to abide by its Supreme Court’s ruling ordering the release of political prisoners and reinstatement of 12 disqualified parliamentarians.

Thereafter, India said it was “disturbed” by the imposition of a state of emergency by the Maldives government, followed by the arrest of the Chief Justice Abdulla Saeed and former president Maumoon Abdul Gayoom. Till now, 13 arrests have been made so far on charges of attempting to overthrow the government.

India had also issued a travel advisory advising its citizens to avoid all non-essential travel to Maldives.

Maldives had sought to send a special envoy to India, but New Delhi had conveyed that the dates were not suitable as the top political leadership were going to be out of the country.

Maldivian opposition leader and former President Mohamed Nasheed had expressly called for India to send a “special envoy” with military backing. In an interview to The Wire, Nasheed had clarified that his demand had not been for “Indian boots on Male”.

The Indian government has not yet made any statement on Nasheed’s demand. However, New Delhi has been trying to push for a UN fact-finding mission to be sent to Maldives.

China has been the only foreign country which has reacted publicly to demands for military intervention in Maldives. Beijing has said that the current crisis has to be resolved by the parties within Maldives, even as state-run tabloid Global Times published two articles telling India army to keep away.