In Dhaka to Pave Way for Modi's Visit, Jaishankar Talks of Connectivity, Water

Jaishankar arrived at Dhaka for a day-long visit, during which he held talks with his counterpart A.K. Abdul Momen and the PM, Sheikh Hasina. 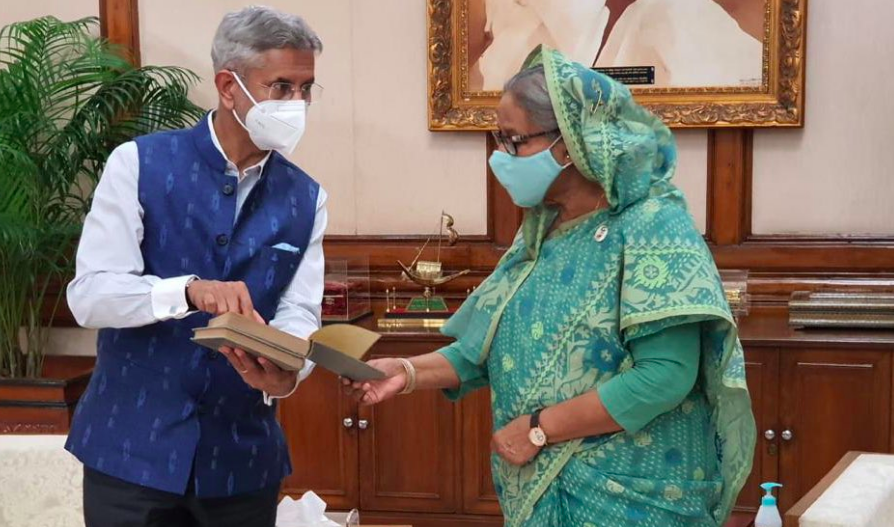 New Delhi: Connectivity, water and border management emerged at the top of the agenda during the Minister of External Affairs S. Jaishankar’s visit to Bangladesh. The visit will pave the way for the long-delayed trip by Prime Minister Narendra Modi.

Jaishankar arrived at Dhaka for a day-long visit, during which he held talks with his counterpart A.K. Abdul Momen. The Indian prime minister is scheduled to visit Bangladesh on March 26 to take part in celebrations to mark the birth centenary of Sheikh Mujib ur Rahman, which were delayed by over a year due to the COVID-19 pandemic.

Speaking at a joint press conference with Momen, Jaishankar said a “large part” of the discussions was about connectivity.

“Your minister, quoting prime minister Sheikh Hasina, has told me that in connectivity lies productivity. If we can build proper connectivity between Bangladesh and India, the entire geo-economics of the region will change. The Bay of Bengal is very effective in this regard. Both sides believe this is possible,” he told reporters.

Jaishankar also indicated that talks had already taken place regarding Japan joining as a possible collaborator.

“We have also discussed adding a third party to the process. Japan’s name came up as a possible country as both our countries have good relations with Japan. And Japan has a connectivity project in the Bay of Bengal,” he said, as Momen nodded alongside.

Also read: Why India and Bangladesh Need a Resolution on Teesta Water Sharing

The Indian minister mentioned in his opening remarks that the two sides had conducted a trial run of container cargo through Chattogram Port to Agartala, which will add two new Protocol routes connecting Tripura to Bangladesh’s waterways.

During the question-and-answer session, Jaishankar was asked about the status of the Teesta water sharing agreement, which has still not been signed due to objection from West Bengal chief minister Mamata Banerjee.

“You all know the position of the government of India. This has not changed,” Jaishankar demurred, but noted that it did come up in discussions.

He added that the water resources secretaries of both countries would be meeting “very soon”, during which they will discuss the topic.

Shooting of Bangladeshis at the border by India’s Border Security Force – a sensitive topic – was also raised during the press conference.

“Many of what is called ‘border killing’ actually takes place fairly deep inside India,” Jaishankar said, adding that “every death” is regrettable.

He also said that it was important to ask a question as to the genesis of the problem and stated that both sides had the common objective to implement a “no crime, no death” border.

Jaishankar also called on Prime Minister Sheikh Hasina, who stated that while neighbours might have differences, it was important to talk to each other to thrash them out. “There might have problems among the neighbouring countries. We believe that the problems should be resolved through discussions and negotiations,” Hasina stated, as quoted by her Press Secretary Ihsanul Karim in reports by the state news agency.

Bangladeshi prime minister gifted seven volumes of the Secret Documents of the Pakistani Intelligence Branch to Jaishankar. The Indian minister, in turn, presented books by his late father, strategic thinker, K. Subramanyam, including one on the 1971 war.

There was no public mention whether there was any talk about the fate of the 81 Rohingya refugees who were found by the Indian coast guard after their boat went adrift in international waters.

The Rohingya refugees had left Bangladeshi shores by boat to travel to Malaysia. Eight people had already died on the boat, which had been adrift for over two weeks.

India had not allowed them to enter Indian territory and has asked Bangladesh to take them back. Bangladesh has so far refused to do so.