Italy Wants a UN Tribunal to Stop India from Trying its Marines. Here’s Why It’s Wrong. 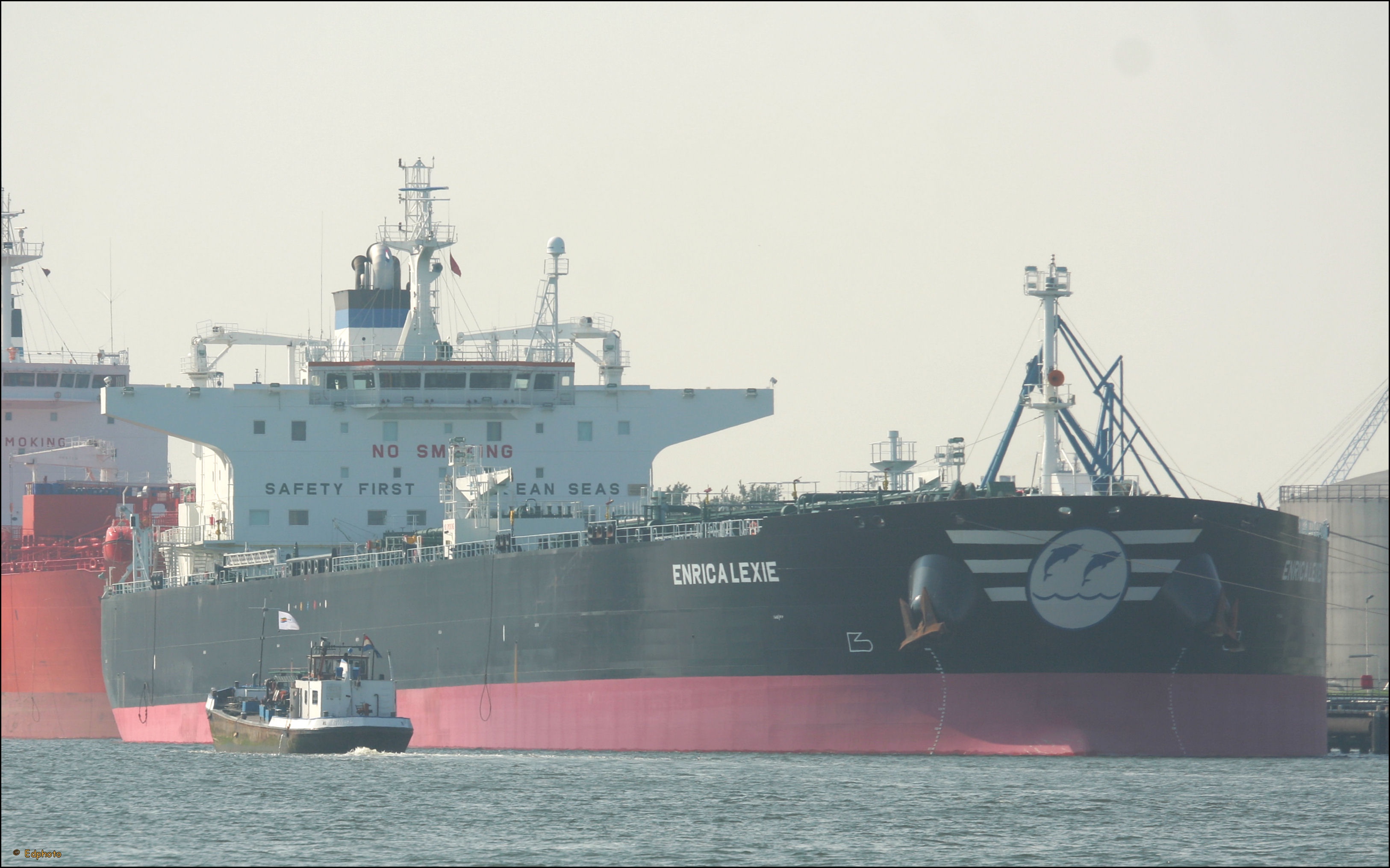 On Monday, Italy and India began arguments before the International Tribunal for the Law of the Sea (ITLOS) at Hamburg on the February 2012 incident in which two Italian marines aboard the tanker Enrica Lexie opened fire on an Indian vessel off the coast of Kerala, killing two fishermen.

Italy wants these provisional measures in place until the arbitration procedure it has already invoked for the entire dispute under the UN Convention on the Law of the Sea (UNCLOS) is completed. It is clear that Italy’s aim is to foreclose all related judicial proceedings in India, including the criminal trial before a special court and related matters pending before the Supreme Court.

On February 15, 2012, M.V. Enrica Lexie, an Italian commercial vessel sailing from Sri Lanka toward Djibouti on the Horn of Africa, came across an Indian fishing vessel, M.V. St. Antony, which it allegedly (that is, according to the Italian version of the story) mistook to be a pirate vessel.

The Indian boat was at a distance of about 20.5 nautical miles from the Indian coast off Kerala. Latorre and Girone, who were part of an Italian marine contingent hired by the Erica Lexie to protect the ship from pirates, opened fire, killing two fishermen on board the St. Antony. Acting on an order of the Indian authorities, the Italian vessel proceeded to Kochi port. There the Master of the vessel was informed that an FIR had been lodged with the Kerala Police, under Section 302 (murder) of the Indian Penal Code (IPC) for causing the death of the two Indian fishermen. Latorre and Girone were arrested and kept in judicial custody.

Around the same time, the Tribunal of Rome initiated criminal proceedings against the two marines under the laws of Italy. Soon thereafter, the Italian government claimed that the accused had acted in their official capacity and, therefore, that they enjoyed sovereign functional immunity in India and that Italy alone had exclusive jurisdiction to deal with them.

Pending a decision from the Kerala High Court, the two marines moved the Supreme Court of India seeking a declaration that all actions by the Indian authorities were illegal and ultra vires Articles 14 and 21 of the Constitution of India and the principle of sovereign immunity, and therefore, that the petitioners be handed over to the Italian authorities.

Meanwhile, the Kerala Police slapped further charges on the marines, including violation of Section 3 of the Suppression of Unlawful Acts against the Safety of Maritime Navigation and Fixed Platforms on the Continental Shelf Act, 2002 (SUA), a crime for which the death penalty is mandatory.

Dismissing the writ petition filed by the marines, the Kerala High Court noted that under a 1981 notification issued by the Government of India, the IPC had been extended to the Exclusive Economic Zone and thus the territorial jurisdiction of the State of Kerala was not limited to 12 nautical miles. The court also noted that under SUA, the State of Kerala had jurisdiction over the entire stretch of 200 nautical miles from the coastal baseline. The Italian side appealed this ruling before the Supreme Court, which held on January 18, 2013 that jurisdiction beyond the territorial sea belonged to the Central government and not to the State of Kerala, and that the Kerala Police and the trial court did not have jurisdiction to deal with the case. The Supreme Court thus ordered the setting up of a special court in Delhi to try the case. The court also said the two marines were free to raise with the special court the issue of whether India had jurisdiction to try the matter.

The manner in which the Supreme Court dismissed the relevance of the 1981 notification extending the application of IPC beyond 12 nautical miles questionable. In the case at hand, the Indian fishermen were exercising India’s sovereign right to fish within the EEZ of India. The Italian marines, for whatever reason, interfered with that sovereign right, killing two fishermen. The purpose of the 1981 notification was precisely to protect India’s sovereign rights from such interference. The special court is bound to apply the domestic law as it finds it. Why should the special court then engage in issues of concurrent jurisdictions of India and Italy? There has been considerable intellectual confusion arising from the Supreme Court judgment. In a sense, the Supreme Court has also contributed to the hardening of the Italian position.

Following the Supreme Court’s ruling, a special court was constituted in Delhi after a delay of some five months and hearings were set to start on July 31, 2013. Subsequently, the charge under SUA was dropped and the Union Home Ministry withdrew the National Investigation Agency as the prosecuting agency, replacing it with the Central Bureau of Investigation. In September, the Supreme Court granted permission for Latorre to proceed to Italy for medical treatment. The initial four months’ period got repeatedly extended, and even now Latorre continues to be away, undergoing medical treatment. On April 9, 2015, the Supreme Court again granted a request to extend Latorre’s medical leave even as it expressed its anguish at the delays. “The case has to come to an end” it noted, adding: “You are the reason for the delay. The trial has to come to an end, [but] because of your petition the trial has been stayed by the court.” Yet it granted Latorre time till July 15 to return to India. From the Italian point of view, the major international law issue involved in the case is this: since the incident took place outside the territorial waters of India, Italy as the flag state of the Enrica Lexie believes it has exclusive jurisdiction over the Italian marines.

This is because Article 97 of the UN Law of the Sea Convention states that “in the event of a collision or any other incident of navigation concerning a ship on the high seas” only the flag state of that ship has the jurisdiction to launch penal proceedings.

Italy argues that what the Enrica Lexie was involved in off the coast of India was an “incident of navigation concerning a ship on the high seas”, but was it really that?

The Indian version says that most of the fishermen were just dozing off with their vessel left floating, some 100 meters off the Enrica Lexie. It is quite interesting that the “Italian warning shots” instead of hitting the water, hit two fishermen. Further the authorities at Kochi did not find any recording of the incident in the logs of the Italian vessel. Apart from asserting the applicability of the IPC to the contiguous zone in its arguments before the Supreme Court in 2013, the Indian government also relied on a famous 1927 case involving a French ship, the S.S. Lotus, to defend its right to try the Italian marines.

The Lotus had collided with a Turkish steamer, resulting in the drowning of several Turkish sailors and France challenged Turkey’s right to prosecute the ship’s officer-on-watch. The Permanent Court of International Justice ruled in 1927  that Turkey could exercise jurisdiction over the incident even though it had occurred on the high seas. The ship, the Court famously observed, would be “assimilated” to the territory of its flag state. As long as a vessel was flying its flag, a state could exercise jurisdiction over any incident that affected it, the PCIJ said.

How does the 1927 Lotus ruling fit in with Article 97 of UNCLOS, which says jurisdiction for collisions and others incidents of navigation on the high seas lies only with the flag state of the offending vessel and not the victim? Article 97 of UNCLOS is identical to Article 11 of the 1958 Convention on the High Seas, which was very clearly meant to undo a part of the Lotus ruling. The effect of this provision is to nullify the application of the Lotus ruling to high seas collisions and “incidents of navigation”. That the latter category is not open-ended is made clear by the International Law Commission’s Commentary to the draft 1958 Convention, which sheds light on what the phrase “incident of navigation” means: “Damage to a submarine telegraph, telephone or high-voltage power cable or to a pipeline …may be regarded as an ‘incident of navigation’…”

It is clear, therefore, that when offences on the high seas other than those resulting in collision or incidents of navigation as explained by the International Law Commission occur, the Lotus ruling still applies.

In other words, since the effect of firing by the Italian marines – by no stretch of imagination an incident of navigation – resulted in the death of Indian fishermen on board the Indian vessel, applying the Lotus principle of “objective territoriality” means India can legitimately exercise criminal jurisdiction over the marines.

Thus, on merits, Italy is bound to lose the principal case. India could also argue that Italy has not exhausted the local remedies available in the case, citing the ICJ’s ruling in the Interhandel case for support. It has not allowed the judicial proceedings to run through.

However, Italy has chosen to go for arbitration under Annex VII of the Law of the Sea Convention 1982. Article 287 of the Convention invites States parties to choose any one of the following disputes settlement mechanisms:

If a State party to a dispute has not accepted the jurisdiction of any of the above mechanisms, it is “deemed to have accepted arbitration in accordance with Annex VII.”

Although Italy has accepted the jurisdictions of both the International Court of Justice and the ITLOS, India has not, hence the compulsory application of arbitration under Annex VII of the Convention. Under this procedure, either party to a dispute “may submit the dispute to the arbitral procedure provided for in this Annex by written notification addressed to the other party or parties to the dispute. The notification shall be accompanied by a statement of the claim and the grounds on which it is based.” Italy instituted proceedings by a notification in June 2015, and thus the arbitration procedure under Annex VII is on.

The present proceedings before the ITLOS are in facto “complementary” to the above arbitration. Pursuant to Article 290 (5), “Pending the constitution of an arbitral tribunal to which a dispute is being submitted” the International Tribunal for the Law of the Sea has jurisdiction to prescribe provisional measures if requested by one of the parties to the dispute. It is peculiar that ITLOS has a limited jurisdiction to prescribe provisional measures, although it is not chosen by the parties to adjudicate upon the merits of the case.

For Italy’s request to succeed, it must show that,

The provisional measures requested by Italy aim at only one thing – to prevent the judicial process in India from fulfilling its objectives. They aim at throttling the rule of law and legal process in India, with the façade of protecting Italian nationals. Thus, the rights of India will be seriously compromised if these measures were to be granted by ITLOS.

Secondly, Italy has not shown any urgency in respect of the judicial proceedings in India. In fact, the recent grant of extension of medical leave for one of the marines was made by the Supreme Court of India with an expression of anguish in the delay such requests cause to the Indian judicial process! The special court started functioning in early 2013, and it has not been able to proceed in respect of the case. Even before the establishment of the special court, the Supreme Court of India had been overly generous towards the Italian Marines, permitting them to return to Italy off and on – for Christmas, for voting in the national elections, etc. And all this, despite the intransigent attitude of Italy, at times reflected in the undiplomatic conduct of its ambassador and its ministers back home.

For these reasons, ITLOS should not grant the provisional measures requested by Italy