For the First Time in Seven Years, Ayatollah Khamenei Rakes Up Kashmir

The last time Iran's supreme leader spoke of the "besieged" people of Kashmir, the Indian government had lodged a formal protest. 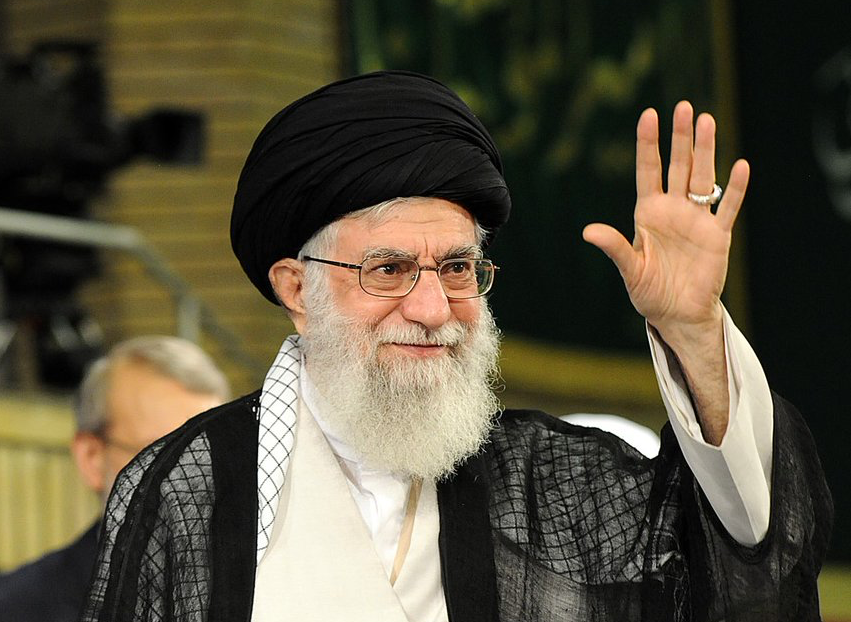 New Delhi: For the first time in seven years, Iran’s supreme leader, Ayatollah Khamenei, has reportedly mentioned Kashmir, equating the situation in the Indian state of Jammu and Kashmir with that of Yemen and Bahrain as requiring the support of “all Muslim nations”.

On one of Khamenei’s official websites, a news item was posted on June 26 with the headline, “Everyone should openly support people of Yemen, Bahrain and Kashmir: Ayatollah Khamenei”.

A similar message was posted on a Twitter account that is believed to be the Iranian supreme leader’s even though it has not been officially verified by the popular social media site.

The post on his official website was a report on the speech of the supreme leader on the occasion of Eid-ul-Fitr.

It quoted Ayatollah Khamenei as saying that Islamic nations are covered in “wounds”, which should require a clear stance from the Muslim world.

“The World of Islam should explicitly support the people of Yemen, and express their disdain against the oppressors who’ve attacked the people in such horrible ways during the month of Ramadan,” Khamenei stated.

His website then said that just like Yemen, other conflicts of “oppressed nations” should get open support. “The same is true for the people of Bahrain and Kashmir. Our people can back this great movement within the World of Islam,” he said.

In Yemen and Bahrain, Iran has been accused of direct involvement by backing the Houthis and the Shia majority activists, respectively, against the government in both countries..

For the past seven years, Iranian establishment figures have not made direct public references to Kashmir in this manner.

Last year, Khamenei mentioned Kashmir in a conversation with the visiting Slovenian president, Borut Pahor, but only in the context of showing the West’s interest in keeping ‘wounds’ open: “On the basis of the first viewpoint, the Americans do not have a plan for uprooting Daesh. Like the English who have kept the wound of Kashmir open since the era of colonialism in the Indian subcontinent and which has resulted in two neighbouring countries, India and Pakistan, to have discord on this matter until the present time, the Americans too want to act on the issue of Daesh in a way that this problem continues to exist in Iraq without ever being resolved,” he said on Nov 22, 2016.

Khamenei’s remark, a former Indian diplomat familiar with Iran told The Wire, is “a gentle reminder that beyond a point, ‘domestic’ issues attract wider attention”.

The last time that violence in the Indian state was explicitly brought up by Iranian leaders  was in 2010, when not just the Iranian supreme leader, but also the country’s foreign ministry had raised questions about Kashmir.

In July and November of 2010, Khamenei raised the need for the Muslim community to support the “struggle” in Kashmir – and put it in the same category as Gaza and Afghanistan.

“Helping the Palestinian nation and the besieged people of Gaza, sympathy toward and cooperation with the people of Afghanistan, Pakistan, Iraq and Kashmir, selfless efforts and resistance against the aggression of America and the Zionist regime, safeguarding the unity of Muslims, fighting evil hands and mercenary tongues that undermine this unity, and spreading awakening and [a] sense of commitment and responsibility among Muslim youth in all Islamic lands – these are great responsibilities that currently lie on the shoulders of prominent figures of the Islamic Ummah,” said Khamenei in his Eid-ul-Zuha message of November 2010.

Besides the Supreme Leader, Iran’s foreign ministry had on September 18, 2010 criticised the Indian government for firing on a protest by Kashmiris on the alleged burning of a copy of the Quran in the United States.

After the November 2010 speech, India had summoned the acting Iranian ambassador in New Delhi to lodge a protest. India subsequently abstained on a resolution on human rights violations in Iran at the United Nations Human Rights Council.

The spurt in Iran’s rhetoric on Kashmir in 2010 could perhaps be seen in the background of Iranian concerns over the India-US civil nuclear deal. In 2008 and 2009, India had voted against Iran in the International Atomic Energy Agency. In November 2010, US president Barack Obama visited India  and gave a speech in the Indian parliament where he raised the Iranian nuclear issue.

Two years later, in September 2012, when Manmohan Singh, who was prime minister at the time, visited Tehran and met Khamenei, the bitterness of the recent past seemed to have been set aside.

According to Sumitha N. Kutty, a foreign affairs specialist who tracks India and Iran, the difference from 2010 is that “we are in a post-deal environment where India is working very hard (with Iran) to bring its strategic projects like the Chabahar port to fruition, despite the US president’s moves to undermine the nuclear deal”.

“Khamenei’s remarks seem quite unhelpful at this juncture. India and Iran continue to go back and forth on the Chabahar port project,  which remains plagued by delays. US behaviour regarding sanctions means private players remain hesitant to get on board as well,” Kutty, an associate research fellow at Singapore’s S. Rajaratnam School of International Studies, Nanyang Technological University, told The Wire.

India has so far not reacted publicly to the Iranian supreme leader’s remarks, with officials indicating that the authenticity of the tweet and news report were still being verified. 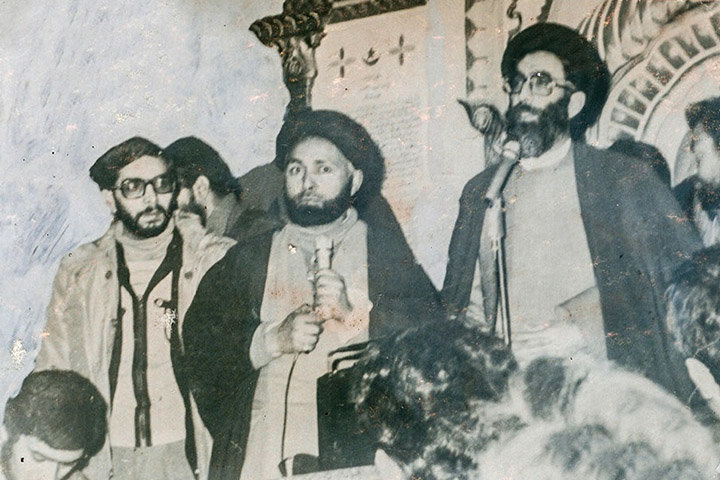 The supreme leader’s official site also has an account by Qalbi Hussain Rizvi Kashmiri – described as a “revolutionary activist from Kashmir” – of Khamenei’s visit to Srinagar  soon after Iran’s Islamic revolution:

“The Leader visited Kashmir in late 1980 or early 1981… On the eve of the day when we were expecting the Leader to arrive, we rented a taxi and installed a loudspeaker on it. While in taxi, I took the microphone to announce to the whole city of Srinagar that the Leader would arrive the next day. When the Leader arrived, the people flocked in the airport. The Shias had taken buses, taxis, pickups, trucks or just any means of transportation available to reach the airport.

The Leader also joined Sunni Friday prayers and prayed while standing before Mirwaiz Maulvi Farooq and delivered a 15-minute speech there. The effects of this 15-minute speech on the history of Kashmir could be collected in tens of books and months of lectures. Throughout the history of Kashmir, it was the first time that a Shia cleric who was a global figure delivered a speech at a Sunni mosque.

Until that day, Shias and Sunnis had intense discords; if a Shia visited a Sunni mosque, they would even cleanse the mosque, saying that a heretic had entered and thus defiled the mosque.

But after the Leader’s speech, it was common for Shias to pray at Sunni mosques and would pray before Sunni prayer leaders with no fear. Sunnis would pray at Shia mosques, too. This unity was an outcome of that 15-minute speech made by Ayatollah Khamenei.”

Rizvi, who migrated to Iran and lived in Qom soon after the Iranian revolution, died in 2015.