Why Are India’s Strategic Thinkers Silent About the Country’s Decline Under Modi?

The country’s national interest would be better served if analysts think of their vocation more broadly than merely paying attention to the nuances of diplomatic ties. 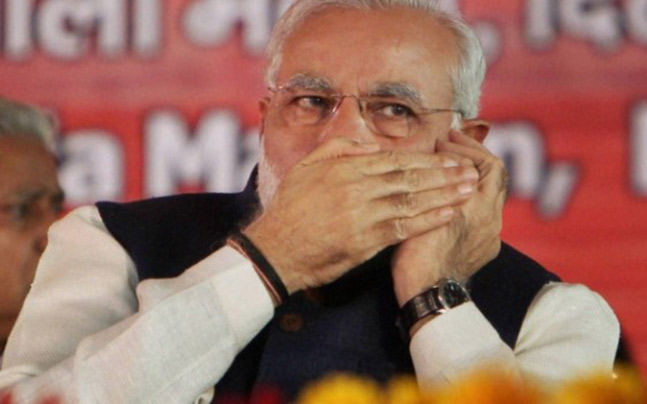 The Twitter handle of India’s former national security adviser Shivshankar Menon makes for interesting viewing. In December, he had a tongue-in-cheek response to former UK Labour party leader Ed Miliband’s tweet where the latter referred to the ruling Conservatives as a “brewery bunch of jokers there are running the government at the most critical time in a generation for the country.” A few days later, Menon retweeted this tweet by a well-known critic of the Narendra Modi government, the former IPS officer Sanjiv Bhatt:

Menon is known for his poise and reserve and as one who weighs his words carefully, even in retirement. He was virtually India’s foreign policy czar for several years during Prime Minister Manmohan Singh’s tenure and is rated highly as a thinker in strategic circles worldwide. If he is obliquely suggesting that India’s direction under Modi isn’t particularly wholesome, policy circles across the world are bound to notice.

Menon’s tweets prompt the question as to why he is among the relatively few in India’s strategic and foreign policy community who are directly or remotely expressing their misgivings about the consequences of the Bharatiya Janata Party’s policies. The international relations (IR) collective in India comprises a few hundred figures, including serving and retired diplomats, military officers and security professionals, academics, journalists, think-tank members and students. (Besides these, there are several analysts in other countries interested in India who work in governments, think-tanks and universities.) With their grasp on geopolitical shifts, technological developments, international governance structures, the minutiae of bilateral and multilateral ties and so on, this cohort seeks to impart to the public and policymakers an understanding of events and forces that are shaping the world.

Analysts are active on several platforms; they tweet and post on Facebook about everyday developments and long-term trends, they write op-eds, appear on TV shows and are active in the conference circuit both in India and elsewhere. They are often opinionated and are quick to weigh in on, say North Korea, Iran, extremism in Pakistan, the limiting of freedoms in China or Beijing’s ambitions in Asia. But oddly, given their expansive sweep of interests, many in this collective are somehow reluctant to comment on the consequences of the BJP’s rule in India.

There are analysts in India who are critical of the Modi government. This is not the place to identify them but to wonder about the many who are silent on developments in India, particularly those that have a bearing on its democracy and ultimately its prospects as a major power. To consider this, take a look at the publication record and conference programmes of leading think-tanks and academic departments in India, the commentary by retired military figures and diplomats, the thrum of opinion on 40-50 popular foreign policy-related Twitter handles and assess where the balance of opinion in this community lies regarding the Modi government’s record. One can argue that notwithstanding criticism on issues like policies toward Pakistan, approaches to the conflict in Kashmir or gaps in military preparedness, India’s experts on international affairs seem less concerned about political and economic upheavals in the domestic sphere. This despite the fact that those upheavals can and do impinge on foreign policy.

What the relative silence of strategic experts does is to distort the division of intellectual labour in the country. We have a situation where political scientists, economists, historians and other social scientists generate the bulk of criticism on issues relevant to India’s future – in their roles as scholars, writers, journalists, activists etc – whereas the strategic community is mostly sitting out of domestic debates and is, in effect, being as uncritical as the government expects loyalists to be.

This must count as a form of professional failure, as strategic and foreign policy thinkers are in the business of understanding power, particularly shifts in national power. Analysts are supposed to harness insight from other disciplines – political science, economics, development studies etc – and paint the big picture about India, how it is getting on with its ambitions, whether it is making progress or not. Experts such as Menon have long maintained that the goal of internal and external security policies is “to transform and improve the life of the unacceptably large number of our compatriots who live in poverty, with disease, hunger and illiteracy.”

If India’s ambitions as a power are intimately linked to lifting its millions out of poverty, how can the strategic community appear so underinvested in domestic developments that not only militate against achieving those goals but are actively undermining the country’s productive capacities as a whole? 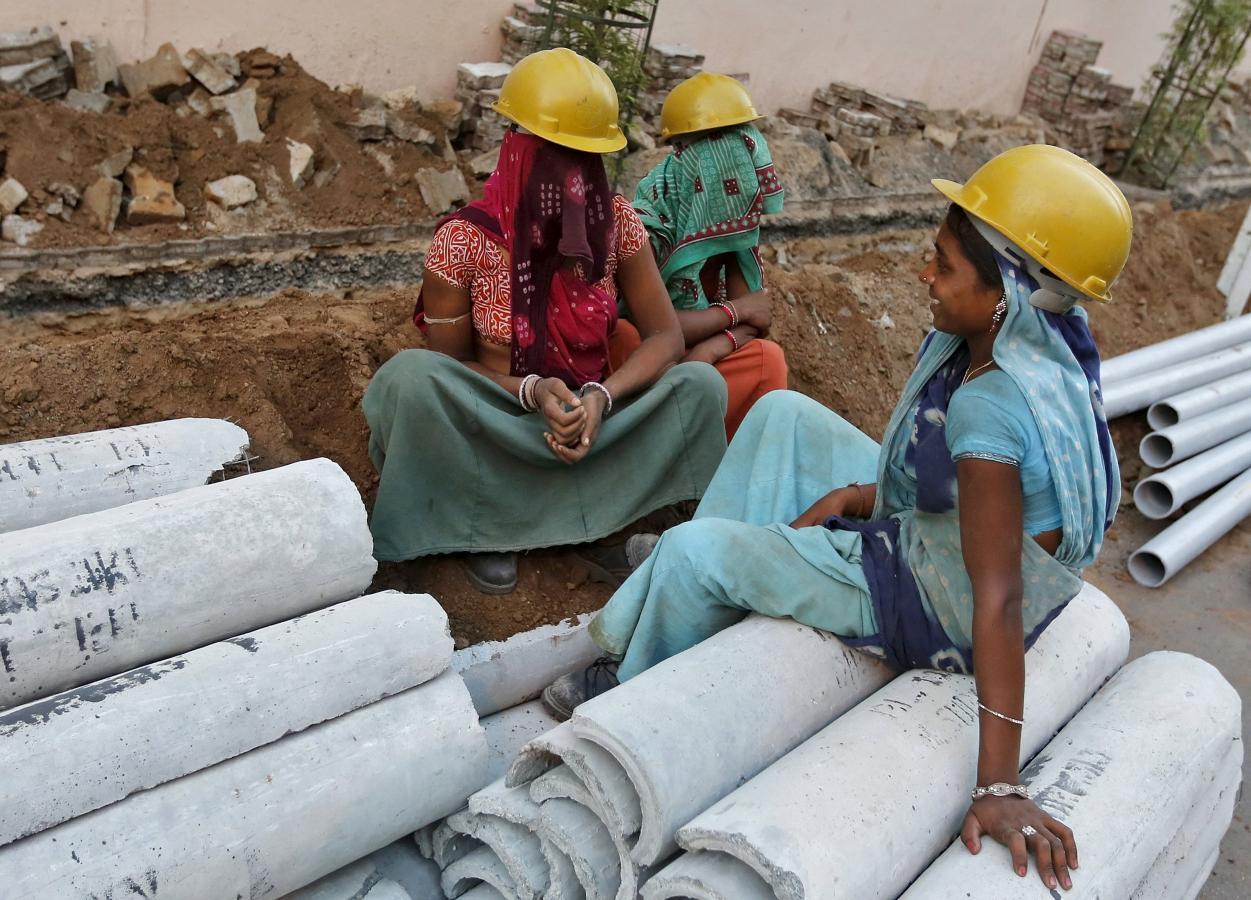 Put plainly, the strategic community cannot afford to be agnostic about four disturbing trends that adversely affect India’s capacity to cope with the future.

The first is plotting the persisting impact of demonetisation, the Goods and Services Tax (GST) and agrarian distress (that have together wreaked havoc in the economy) and what that means for India’s hard power.

Second, the continuing precipitous decline of India’s educational system, marked by abysmal standards in schools that funnel poorly prepared students into colleges and universities where they are, in turn, taught largely by teachers who themselves are products of weak institutions. IR analysts must also reckon with the consequences of the BJP’s anti-intellectualism, the concerted attempt to marginalise India’s social science talent expressed in the government’s barely disguised animus towards JNU and other academics of liberal persuasion. The BJP seems to operate with the assumption that science, math and engineering students alone can ferry India into its desired future, not realising that the country’s scientific cupboard is not only uneven and inadequate but that the digital age we live in has more use for the humanities – not less (to proffer purely instrumental reasons). Add to this the fact that BJP governments in the country are doing very little to enhance the spread of English and are in many cases actively discouraging it – which seriously undercuts the advantage India had so far to benefit from globalisation, as compared to other developing countries.

Third, the foreign policy community also cannot be unmindful of the progressive breakdown of public order and the decline of public institutions, which are together serving to reshape the country’s political culture. There is clearly a pronounced extremist turn in India’s political life. A climate of intimidation is being constantly created to police and discipline women, artists, writers, journalists and civil society actors. Muslims are subject to hate speech, often by BJP politicians who either imitate abusive trolls or follow them; there are various forms of vigilante violence, hacking, lynching and broadcasting of macabre acts and so on. All of this is central to issues of state capacity and stability which is very much in the province of what strategic affairs experts are interested in.

Fourth. state effectiveness is defined in terms of the ability of regimes to provide a range of political goods to citizens. Human security and the rule of law rank highly among them – and those very goods are in some doubt in India. If the ruling party takes it upon itself to turn against its own citizens and pointedly marginalise a community of 172 million and unravel longstanding cultural and economic links with the majority, how can a country’s future and productive capacity not be affected? Can a society consumed with cultural conflicts (stoked by ruling party politicians) have the energies to shape a better future?

There are other pressing domestic issues relevant to India’s hard power. If citizens have to first cope with demonetisation and are then preoccupied with the drill of complying with Aadhaar, who is to compute the loss of working hours and assess its social effects? If India is to deploy facial recognition technology via Aadhaar as part of its progression to a surveillance state, why is it that strategic experts are barely interested in this fundamental transformation of India’s democracy?

The foreign affairs community is detached from domestic affairs for a couple of reasons. One is arguably the lack of competence on internal politics as many are out of their depth in this sphere. This may have to do with the way international relations scholars are trained in the country. Many come to the discipline, say, in leading institutions like JNU and elsewhere after an indifferent grounding in political science and history because of the paucity of (good) honours courses in regional institutions. And at institutions like JNU’s School of International Studies, students go on to specialise in IR without having a chance to develop deep expertise on India (notwithstanding a few fine courses).

Important courses (and research) on colonialism, political development, social structure etc. are, for instance, on offer in other departments like history, sociology and political science and over time the knowledge gap only widens as IR students consolidate their intellectual identity along skewed lines. IR students may have the confidence to pronounce on Pakistan and China but are oddly shy about commenting on India. Scholars then move on to a variety of institutions, including think-tanks, and find that the latter are risk averse and avoid commissioning work on difficult but necessary topics because they are in the access business – facilitating ties between diplomats, businesses, international organisations etc. Think-tanks monetise their convening power and are, hence, naturally wary of alienating bureaucrats who seek to arrange a positive spin for their political masters.

The net result is a discipline that is avoiding the big questions that determine India’s future – and a policy community that is content for others to do the heavy lifting on issues such as protecting democratic freedoms and public institutions. This is all in marked contrast to how the American foreign policy world has reacted to the presidency of Donald Trump. More than 50 senior Republican national security officials opposed his candidacy – and many analysts continue to be outspoken on a daily basis on what they see as a degradation of America as a democracy. The writings and views on social media of analysts like David Rothkopf, Daniel Drezner, Susan Hennessey, Bill Kristol, Richard Haass, to name a few, provide ample proof of levels of their concern and the linkage they make between a coarsening political culture, rising illiberalism, the decline of domestic institutions and America’s future as a nation and world leader.

India’s strategic and foreign policy thinkers likewise need to take a sterner view on what the BJP’s mode of governance means for India’s present and future. The country’s national interest would be better served if analysts think of their vocation more broadly than merely paying attention to the nuances of diplomatic ties. Their assessments of India can be a lot more candid than they have been.