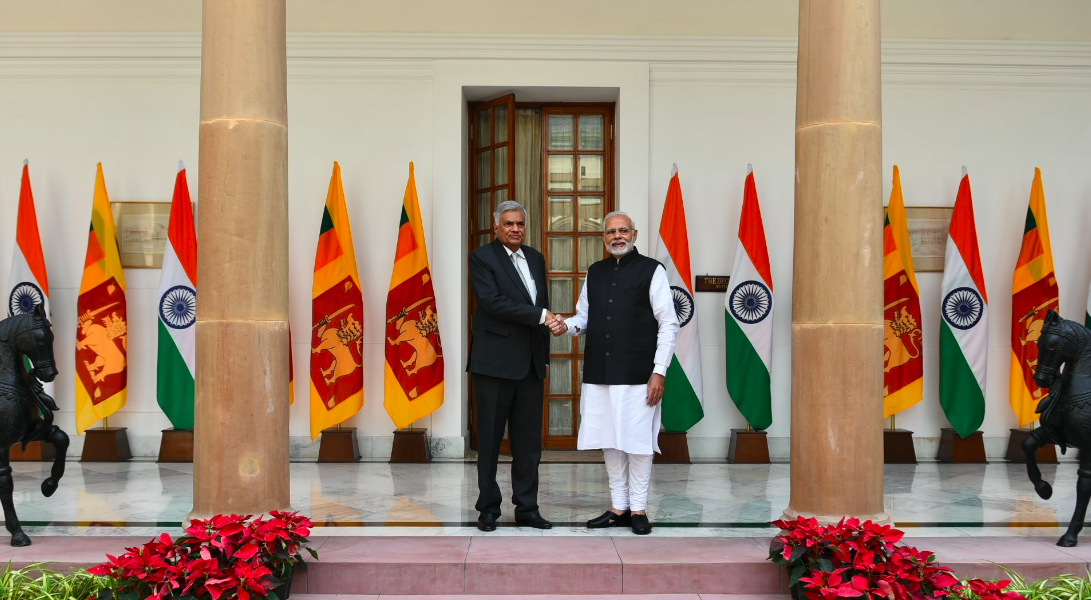 Earlier this week, media reports had stated that there had been a verbal clash between Wickremesinghe and Sri Lankan President Maithripala Sirisena at their weekly cabinet meeting. More worryingly for relations with India, the reports claimed that Sirisena had alleged that the Indian external intelligence agency RAW was behind an alleged assassination plot targeting him and former defence secretary Gotabaya Rajapaksa.

The damage control included four press releases – three from Sri Lanka – and a phone call from Sirisena to Modi.

A major point of difference between Sirisena and Wickremesinghe was the East Container Terminal at the Colombo Port. While Wickremesinghe insisted that commitment to allow Indian investment should be honoured, Sri Lankan president claimed that he had informed Indian PM that Sri Lanka will develop the project.

Two days after the cabinet briefing, Wickremesinghe arrived in India for an earlier scheduled three-day visit on Thursday evening. This is his fifth visit to India since taking over as the prime minister in 2015.

He was accompanied by the minister of development strategies and international trade Malik Samarawickrama, minister of petroleum resources development Arjuna Ranatunga, chief of staff to the prime minister and minister of youth affairs, project management and southern development Sagala Ratnayaka and senior government officials.

On Saturday, Wickremesinghe held delegation-level talks with the Indian prime minister, who also hosted a luncheon in his honour.

According to a press release issued by the Indian ministry of external affairs, the main item on the agenda was a review of the “progress” in Indian projects.

Unlike the MEA press release, a statement from the Sri Lankan Prime Minister’s Office indicated that Modi had expressed dissatisfaction with the “slow pace” of implementation of Indian projects in Sri Lanka.

The details provided in the statement released only in Sinhala in Colombo on Saturday night gave much more detail on their conversation, but was also a pointed attack on Sirisena’s concerns on Indian investment – which according to many observers is part of the political jostling between the two leaders.

The statement from Wickremesinghe’s office further stated that the Indian PM told him that he spent most of his time on diplomatic matters on Sri Lanka. However, Modi apparently expressed discontent.

“Premier Modi said, he had spent the most of his time allocated to diplomatic matters, on Sri Lanka, and expressed his discontent over the response of the Sri Lankan government towards the assistance given by India.”

Modi, as per the Sri Lankan PM’s office, also said that if there was any hint of any problem, it should be broached to him or India without hesitation.

The visiting Sri Lankan leader had also met with Congress President Rahul Gandhi and his mother, Sonia Gandhi on Friday.