The rise of centralising authoritarians has accentuated the fragmentation and regionalisation of world politics, diminished the capacity for compromise and made relations between competitive powers much more fraught than in the past. 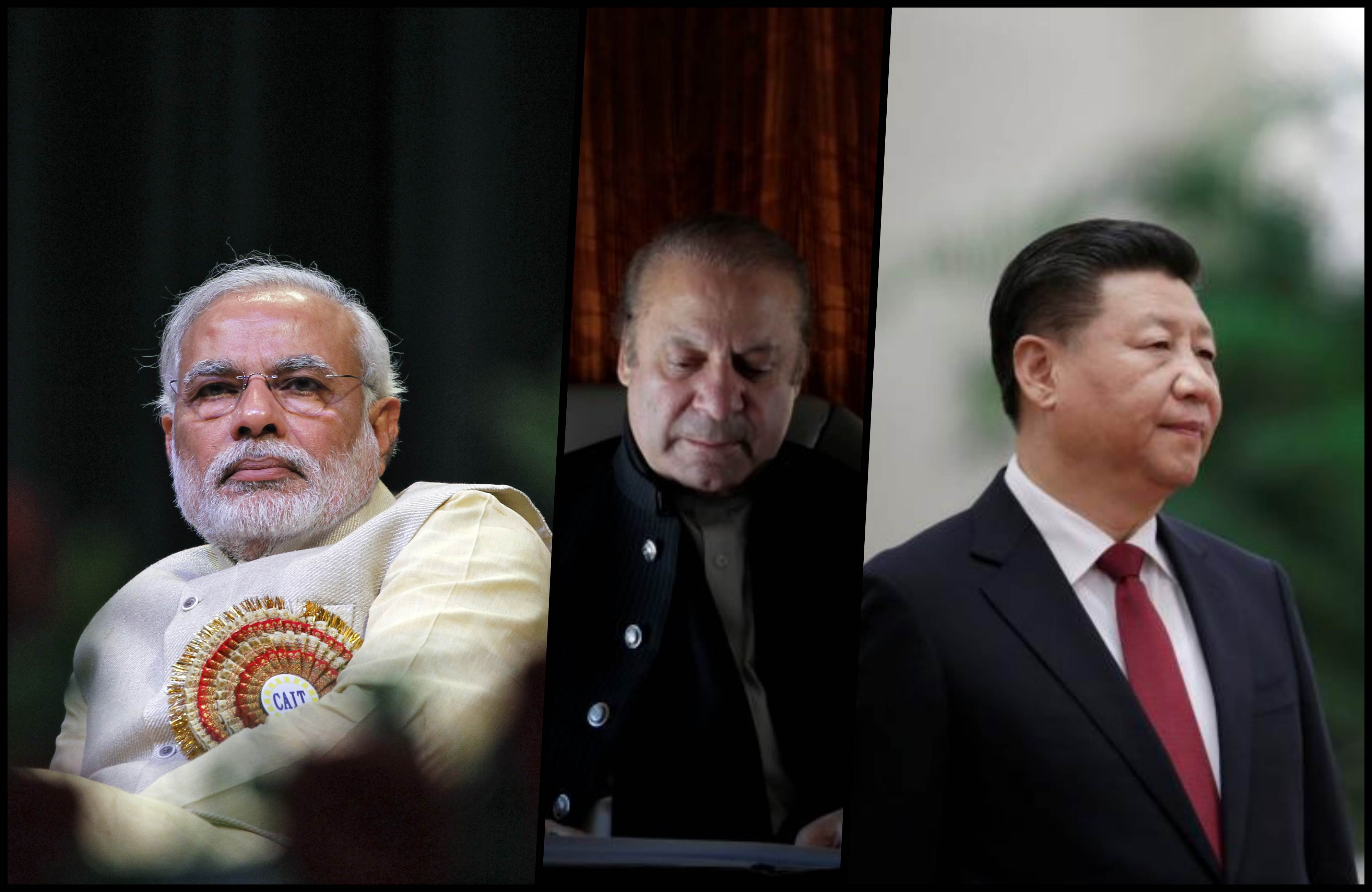 As in other parts of the world, the geopolitics of southern Asia is a result of its geography and history – and of its international context and domestic politics.

Interestingly, the southern Asian sub-region has a bounded geography only to the north, where the high Himalayas mark a clear geographic, cultural and political boundary between what lies north and south of the mountains — a barrier or boundary that has lasted over history and is only now being pierced as a result of modern technology. To the east, west and south, whether through Afghanistan and Iran, or Myanmar, or the Indian Ocean, the subcontinent has been open to influence, immigration and economic contact throughout its history. This is why the term southern Asia is better than the more limiting and artificial South Asia and when I use the term ‘South Asia’ I always do so in that larger sense.

South Asia has been most open through the Indian Ocean. For the greater part of its history, the prosperity and security of the sub-continent has been as dependent, maybe more so, on its maritime dimensions as on the continental order. The Indian Ocean is not a closed ocean, not landlocked like the Mediterranean, the Aegean, the Black Sea, or the seas near China around which other civilisations grew. Thanks to the predictable monsoons, the Indian Ocean did not have to wait for the age of steam to be united, unlike other oceans. Deep water sailing probably developed here first. The maritime domain, by definition, is a positive-sum one, and water transport has historically been easier and cheaper than that by land. For a great part, therefore, southern Asia is maritime.

As a consequence of this geography, throughout history, southern Asia has been an autonomous strategic unit that was also part of a larger multiverse – connected but separate from the universes of the Levant and Persian Gulf, Central Asia and Persia, the Southeast Asian maritime kingdoms and East Asia. And throughout history, southern Asia was most prosperous and stable when its external connections to these regions flourished alongside its internal strength. This is very different from North-East Asia or northern Europe or North America, which were relatively isolated in history and unconnected to other regions for their security and prosperity for most of their past.

Nationalism is high, nationhood a work in progress

Paradoxically, this affinity across formal state boundaries is one reason why nationalism is high but nationhood everywhere in south Asia is still a work in progress. Bhutan and the Maldives are the exceptions in southern Asia in their relative homogeneity in ethnic, religious and linguistic terms. India and Afghanistan are the other extreme, where every group is a minority in terms of either language, region, ethnicity, or religion, if one considers schisms like sects and castes.

India, exceptionally, chose to base her nationalism not on a common religion, ethnicity, language or enemy, but on an idea of India. Given the plural and diverse nature of its society, India chose after independence to be a democracy, where every social segment has a say. This idea of Indian nationhood is under some political attack now, but it seems likely to hold firm as it objectively serves the interest of most of the population, and is seen to do so by most Indians. The short geopolitical point is that the very high degree of cultural and other affinities across state boundaries in the old nations but new states of south Asia make for sensitive and touchy nationalist reactions and strong defences of sovereignty by states.

A third major determinant of southern Asian geopolitics is the international context within which we operate and seek to develop and transform our societies. This has naturally changed over time.

During the Cold War and its bipolar world, most of us were happy to opt out of the world’s quarrels and alliances and to concentrate on our own development. Every southern Asian country was non-aligned in practice, except Pakistan. For a Pakistan with an identity deficit, and which saw itself as gaining its independence from India, joining a great power or an alliance and seeking outside support was a way of seeking parity with a much larger India. This remains a Pakistani imperative despite fundamental changes in the international situation since the end of the Cold War.

For the rest of southern Asia, however, changes in the international situation meant that the decades after 1990 have been the best in history for their economic development, for the growth of the middle class, and for their increasing integration into the world economy. India, for instance, has steadily grown her GDP at over 6% a year for over 30 years. India is now the world’s sixth largest economy in nominal GDP and third largest in PPP terms, and her society and economy have been changed fundamentally by reform since 1991. In the two decades of open trade and investment that followed the end of the Cold War, the acceleration of growth has been broad-based among the south Asian economies, with Sri Lanka, Bhutan, Bangladesh and others experiencing unprecedented rates of growth. Indeed southern Asia is today the fastest growing region in the world.

Combined with the simultaneous re-emergence of powers like China, Korea, Indonesia and others, and with Japan now behaving as a more normal power, geopolitics around southern Asia has become much more complex. Power is much more evenly distributed in the world than it was during the Cold War and immediately thereafter. The centre of gravity of the world economy and politics is now the Asia-Pacific. As a result, outside great power interest in southern Asia, which was limited in the 1980s to Afghanistan as an arena of US-Soviet rivalry, has broadened to include its potential as a market, as a source of military power, and extends to an interest in its stability. For instance, when piracy became a problem off the Malacca straits in the late ’80s and early ’90s, it was local powers, led by Singapore, with India, Malaysia and others, who dealt with the problem. When piracy off the Horn of Africa became a problem in the mid 2000s, NATO, the EU, the US and regional and local powers like India, China and others all deployed their naval assets.

Today’s world is less supportive of our region’s economic growth and offers more difficult choices than the binary ones of the Cold War. Nor does it offer the economic opportunities of the years before the world economic crisis of 2008. Both world politics and the world economy are fragmenting and becoming increasingly regional. Protectionism has risen around the world. The rise of China, and her quest for primacy, first in Asia and then globally, and her hierarchical view of an international order centred on herself, epitomised by the Belt Road Initiative (BRI), pose a new set of questions and challenges to the established order and to western supremacy. China is now using economic means, such as the BRI infrastructure programme, to pursue geopolitical outcomes. In effect, economics and politics are no longer separate in today’s world, and indeed politics may now be driving economics.

Since 2008, the world has seen the rise to power of authoritarian centralisers in several large countries, including China, Japan, India, Russia, Turkey, the UK, the US and elsewhere, who base their legitimacy on a heightened appeal to nationalism or nativism. In a slowing global economy, and at a time when the capacity of their governments to deliver growth is diminishing, they promise more and more, and rely on nativist appeals – like “America first” or “the Great Rejuvenation of China”.

In southern Asia, this phenomenon takes local forms: India is no exception to the global trend; in Pakistan, the power, influence and role of the army has been considerably enhanced at the expense of civilian governments nominally in power; in Bangladesh, the centralisation of power has proved useful in fighting terrorism and extremism and delivering high economic growth. Sri Lanka has gone one step further and reacted to authoritarian centralisation after the end of the civil war by putting in place an alternative government.

The general result of the coming to power of centralising authoritarians is that the fragmentation and regionalisation of world politics is accentuated. It also means that the capacity for compromise and negotiation between powers is diminished, making relations between competitive powers much more fraught than in the past. Some of this dynamic is visible in India-Pakistan relations and in India-China relations over the last year or so. Neither relationship is as smooth or predictable as it was a few years ago.

The 2003 ceasefire along the Line of Control between India and Pakistan has broken down, and political communication between the two states is minimal. As a consequence, the SAARC summit has been postponed and cooperation in SAARC has been driven down to sub-regional levels that exclude Pakistan. Even if there were to be a warming of India-Pakistan relations, the underlying causes of the tension – cross-border terrorism from Pakistan, and Pakistan’s quest for “strategic parity” with India and for strategic depth in Afghanistan – are rooted in Pakistan’s internal condition. Therefore, they are likely to repeatedly assert themselves, and any warming is likely to be temporary. The prospect of difficult India-Pakistan relations is a geopolitical fact that affects and will continue to affect the geopolitical choices of other southern Asian countries.

India-China relations, on the other hand, which have always had elements of both cooperation and competition, are also undergoing a shift, but the prospect is more positive. The older modus vivendi from the 1980s is no longer sufficient. Under that modus vivendi, India and China discussed their differences, like the boundary question, but did not allow the absence of a settlement to inhibit other cooperation such as trade. Several signs of stress in the relationship have surfaced in the last two years, such as China’s attitude to India’s quest for membership of the Nuclear Suppliers Group (in contrast to her attitude in 2008 to the special exemption by the NSG for India), the listing of Masood Azhar as a terrorist in the UN, India’s attitude to the BRI and so on.

As India and China have grown, and their definitions of their own interests have expanded, they increasingly rub up against one another in the periphery that they share, whether on the southern Asian landmass, in archipelagic and mainland south-east Asia, in the Indian Ocean, or in the seas near China like the South China Sea. I sense, however, that a new strategic framework for this relationship will probably be worked out by the two countries. Since both countries have other domestic and international priorities, their core interests are not in fundamental conflict and their differences can be managed.

All in all, therefore, the geopolitics of southern Asia has become more complex of late, and are now more unpredictable. Both these evolutions – of increasing outside great power involvement and interest, and of rising competitive dynamics between India on the one hand and Pakistan and China on the other – change the context in which southern Asian countries seek economic development, regional and sub-regional cooperation, and security. They leave our children to face a much more uncertain and much less supportive world than my generation knew.

But the future is not all gloomy. One effect of the economic growth spurt in South Asia and elsewhere in the last three decades is that we and our successors have tools and abilities that we never had before – we may have new problems but we also have new ways of dealing with them.

This is the first part of an essay by Shivshankar Menon on South Asia’s evolving security Issues.