The Case for Harnessing Soft Power, or Why India Cannot Be Insular

We must ask ourselves why we are not on the cutting edge of soft power like Korea with K-Pop, China with TikTok, or Japan with anime. 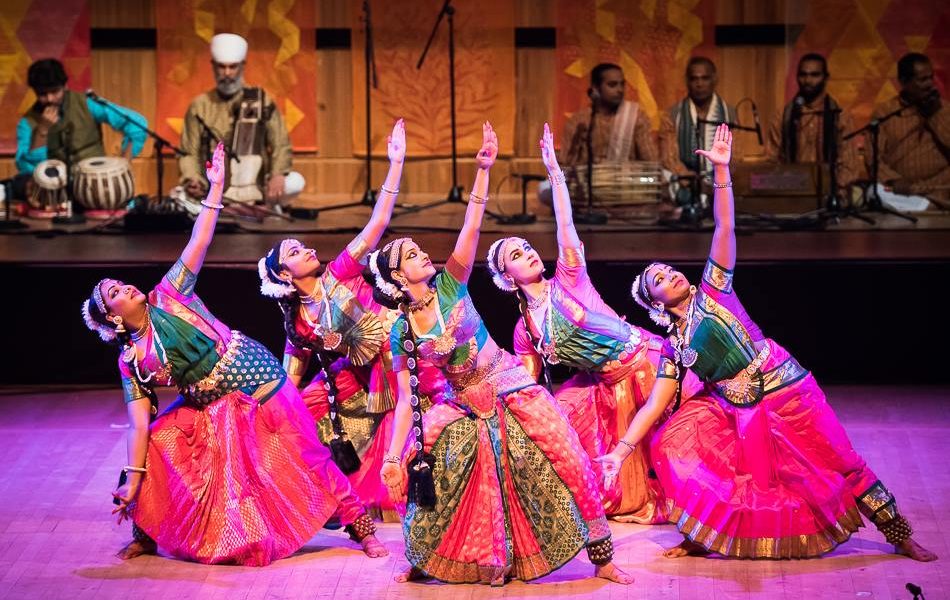 A classical dance performance at the Nehru Cultural Centre, High Commission of India in the UK, London. Photo: Facebook.

This is an abridged version of the second Krishna Bose Memorial Lecture delivered by Nirupama Rao, a former foreign secretary and ambassador of India, in Kolkata on December 26, 2021. It has been slightly edited for style.

Power, throughout history, has been defined as the strength of the mighty and hegemonic, rather than the subtle magnetism of civilisational strength. Hard power is the default; soft power is the Cinderella in the story. It is argued that hard power is the bedrock from which soft power draws its effectiveness, durability and reach. That without it, soft power has little sway, strength or viability.

While there is some validity in the last argument, it should still not take away from the need for India to better deploy the portfolio of its soft power assets, in order to advance long-term strategic aims and interests. The old Hindi saying sums it all up: ‘Jahan kaam aaye sui kaha kare talwari (If a needle suffices, why use a sword)?’

Harvard professor Joseph Nye defines soft power as “the ability to obtain preferred outcomes through attraction rather than coercion”. Its major characteristics, as Nye outlines, are “culture (when it is pleasing to others), values (when they are attractive and consistently practiced) and policies (when they are seen as inclusive and legitimate)”, where you move from exporting fear to inspiring optimism and hope.

Soft power encapsulates the strategically positioned use of communication, visual media and the spoken word in order to shape the discourse concerning the country. It is in essence ‘discourse’ power, a means to become, what in modern terminology is, a stand-out ‘influencer’ of opinion in favour of your country, organisation, or group, persuasively and credibly.

For India, that discourse power must be tied to the strength of governance, constitutional values, openness, sensitivity in dealing with minorities, the dynamism of our economy, the cleanliness and ‘smartness’ of our cities, the protection of human rights, the attraction of entertainment, style and fashion, the high standards of universities and education, tourism and heritage conservation, and environmental protection.

Soft power, based on the civilisational ethos of India and Indian culture, works as an aggregator for the national interest when accompanied by the evidence of real developmental progress on the ground, of the radical transformation of Indian lives for the better. If we see our image in a giant reflecting pool filled with pictures of a glorious past that is fast-forwarding India into a future imagined as even more glorious, we may be losing the plot. There is a need for some introspection here.

Years ago, management ‘guru’ Sumantra Ghoshal, spoke of what he called for organisations and companies, “the smell of the place”. The smell of a place, he would say, is what you size up in five minutes of entering it, whether it is constrained by the dreary desert sands of habit, or whether it emphasises aspiration and legitimate ambition, self-discipline, ease of doing business, modernity, efficient state capacity, a whiff of exhilaration, ample doses of mutual trust and energy. The smell of a place is determined by the context rather than the people who populate it. It is the context in which we function as a society and a country. It is the “smell of the place” that the outsider gauges when he enters the country and determines the extent of your attractiveness and soft power.

India could take a cue from Korean soft power which is now the talk of the town. Korean pop bands are crowd-catchers across the globe. Audiences in India are learning Korean. South Korea’s soft power is enabling carve-outs to promote Korean interests in a number of transnational situations, with a growing premium being placed on South Korea’s status as a robust democracy. As a recent Carnegie report concludes, “South Korea provides a new model of what a 21st century Asian country can look like: an advanced economy mixed with an ancient civilisation that is at once irrevocably democratic, technologically innovative, and culturally vibrant.” 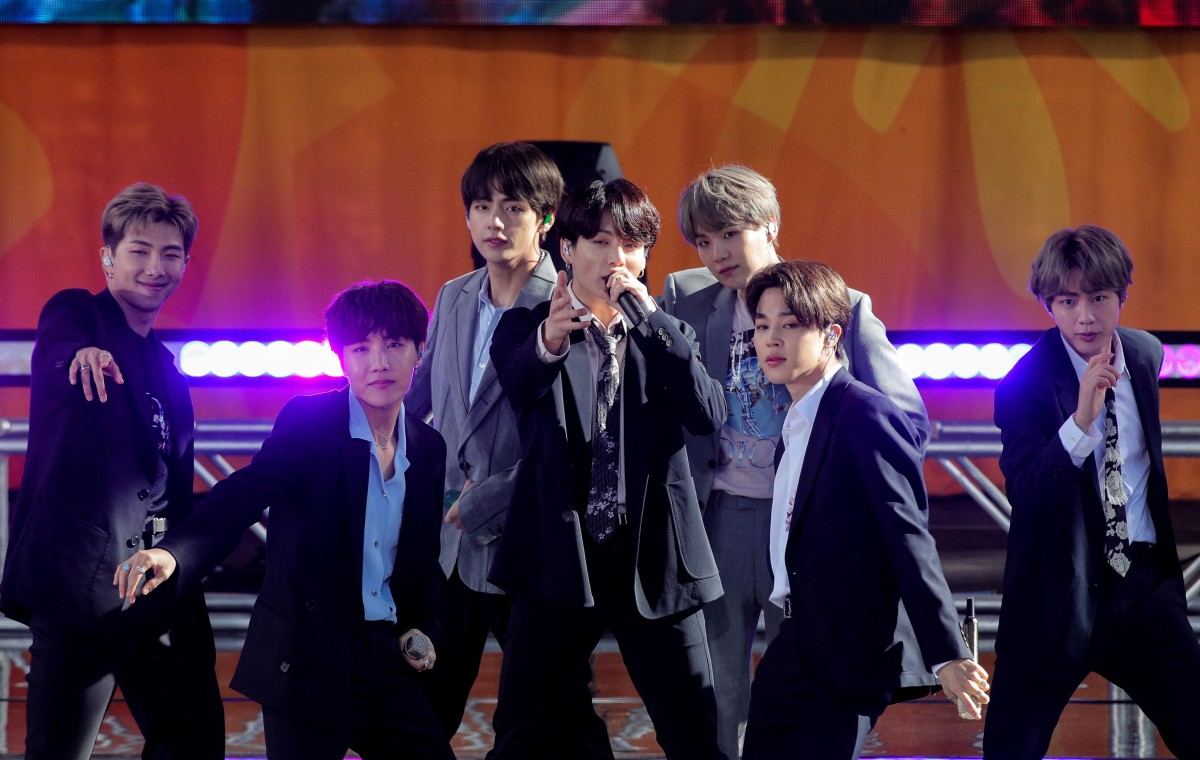 Across the world, we have 38 Indian Cultural Centres, established by the Indian Council for Cultural Relations (ICCR). Their numbers are not commensurate with India’s size and weight on the global stage. In the US, which remains a key global influencer and where discerning audiences in the capital Washington DC would avidly flock to lectures, seminars, readings, exhibitions and performances relating to India at an institution that is a veritable House of Indian Culture, we are yet to establish a Cultural Centre.

China scores higher on the global soft power index than India does. Over the last few decades, China has consciously sought to ‘soften’ its image abroad and receive ‘respect’, using the appeal of Chinese art, architecture, cinema, literature, universities, and its behemoth economy. Several Confucius Institutes have been established also in the furtherance of this aim. Even if these efforts may not entirely aid China’s charm offensive because of the authoritarian nature of the Chinese state, the vast expenditures made on soft power diplomacy make for considerable impact. Our state capacity – in terms of infrastructure, investment promotion and monetary resources – is behind China’s in this field.

There are some areas in which India needs to invest more in ensuring the effectiveness of her soft power. For instance, as the largest democracy in the world, India has no international television channel that represents the country in the world. The BBC is Britain’s best global advocate in the cosmopolis that defines the borderless space we inhabit today. Al Jazeera is literally, a force multiplier – a sophisticated voice – for Qatar across many geographies. We need an Indian voice that speaks an international, 21st century idiom. Our national channel, Doordarshan, desperately needs a makeover. It has the capacity, knowledge power and resources to become our international channel.

There is a predilection among the bureaucracy to follow established precedent because it is a safe harbour, and a risk aversion that we wear as default. Big countries with real power aspirations must dare and do. The sophistication of presentation and the embrace of spectacle in our cultural outreach is a necessity. Like Meiji-era Japan, today’s India must scour the whole wide world for new ideas and best practices in communication and image projection. The capacity to adapt, innovate and embrace change should be a constant.

One of the areas for focus in developing our soft power is ‘development diplomacy’. The ministry of external affairs has, since 1964, administered the Indian Technical and Economic Cooperation Programme (ITEC, as it is popularly known), involving education and training of students and young professionals from developing countries. This is a programme that has built enormous goodwill for India over the years. The expansion of such programmes should be a strategic necessity, together with the Development Partnership Initiative of the ministry of external affairs, as also the upgrading of our tertiary learning institutions to host more foreign students, so that their numbers in our country increase. Here again, the present numbers are no match for the students from abroad who flock to Chinese institutions of higher learning.

Our neighbourhood of South Asia is a natural environment into which our soft power extends. There is no doubt about the shared cultural universe of South Asia, and the impact of Indian entertainment, music, dance, poetry and cuisine in the region, spurred on by interactive historical experiences, shared ethnicities, linguistic and religious connectivity. But dissonances in political relationships, a low trust quotient, shortcomings in capacity, and even missteps, in Indian diplomacy over the decades, bureaucratic delays in implementation of aid projects, deficiencies in infrastructure linkages, trade and commercial interaction, and the overall lack of regional integration make for an imperfectly imagined South Asia. The absence of a South Asian Commons, and the development of a shared South Asian consciousness is a direct offshoot also of the failure of SAARC or the South Asian Association for Regional Cooperation. As SAARC has receded into the shadows, India’s Act East policy which is oriented toward Southeast Asia and the ASEAN countries, or its Indo-Pacific focus, is more in the spotlight and has gained traction. One need not object to either the Act East initiatives or those concerning the Indo-Pacific, but the shelving of the idea of South Asia – a region meant to be an integer – is unfortunate.

What then is the power of soft power?

‘Powerful’ soft power, despite cultural richness, is only multiplied when we project the image of a dynamic, progressive, democratic, equitable society that is a responsible stakeholder in world politics and a contributor to the global public good. As Australia’s Lowy Institute defines it, resources like economic and military capability, resilience and future potential, combined with measures of influence like cultural and diplomatic, defence networks and economic relationships, together make up the power of a state.

Our policymakers, experts and thinkers must work on a map for the future that plots all these points and charts routes and pathways to these destinations. We must ask ourselves why we are not on the cutting edge of soft power like Korea with K-Pop, China with TikTok, or Japan with anime. We must develop international brands like Uniqlo, or an Emirates airline. We cannot be insular, prisoners of ideas that have outlived their shelf life, comfortable with the precedent and afraid of risk, preferring our giant echo chamber. We must understand the essence of being ‘modern’ and turn the clocks forward so as to catch up for lost time.