The first tranche of the relief material reached Chittagong in an Indian Air Force plane today. 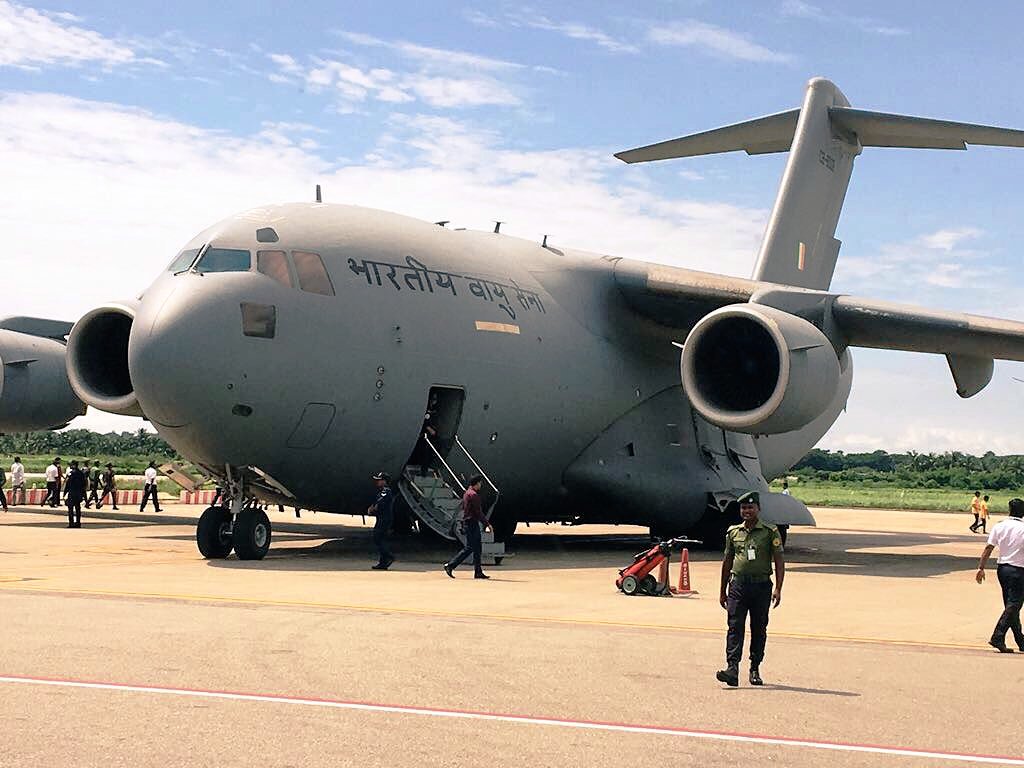 New Delhi: An Indian Air Force (IAF) plane reached Chittagong on Thursday with 50 metric tonnes of relief assistance for the lakhs of Rohingya refugees who have fled the violence in Myanmar’s Rakhine province for Bangladesh.

“In response to the humanitarian crisis being faced on account of the large influx of refugees into Bangladesh, government of India has decided to extend assistance to Bangladesh,” the Ministry of External Affairs (MEA) said in a press release, announcing the commencement of Operation Insaniyat.

In total, 7000 metric tonnes of relief aid will be moved through the operation, as per the Indian high commission in Bangladesh.

The first tranche of 53 metric tonne reached Chittagong with an IAF plane on Thursday afternoon.

“India has always responded readily and swiftly to any crisis in Bangladesh, in keeping with the close ties of friendship between the people of India and Bangladesh. India stands ready to provide any assistance required by the government of Bangladesh in this hour of need,” the MEA said in the press release.

India has had to modify its position to acknowledge the refugee crisis in Bangladesh after Dhaka indicated that it was not happy with Indian statements during Prime Minister Narendra Modi’s visit to Myanmar, which only talked of “extremist violence”.

A statement issued by the ministry last Saturday noted that it was also concerned about the “outflow of refugees from that region”.

According to United Nations estimates, more than 380,000 Rohingya refugees have reached Bangladesh since August 25. UN had sent out an emergency appeal for $77 million to meet the Rohingya crisis.

The UN Security Council on Wednesday called on Myanmar to end the violence following a close-door meeting.

I call on the Myanmar authorities to suspend military action, end violence, uphold the rule of law & allow humanitarian aid.

Earlier, UN Secretary General António Guterres called on Myanmar to suspend the military crackdown in Rakhine, which began after the August 25 attack on security forces by Rohingya terrorists.

“I call on the Myanmar authorities to suspend military action, end the violence, uphold the rule of law and recognise the right of return of all those who had to leave the country,” the secretary general told a press conference.