India has underlined that the purpose of the visit was only to oversee India's humanitarian assistance to Afghanistan. This assumes significance as India withdrew its diplomatic presence from Afghanistan after the Taliban seized power.

New Delhi: Even as India played down the visit of its first-ever official delegation to Afghanistan, the ruling regime of Taliban called it a sign of a “good beginning” while calling for the reopening of the Indian embassy and stated that both sides had agreed to further expand interaction.

On Thursday, June 2, India announced that a “team led by Joint Secretary (PAI), Ministry of External Affairs, is currently on a visit to Kabul to oversee the delivery operations of our humanitarian assistance to Afghanistan.”

India had withdrawn its diplomatic presence from the Afghan capital following the fall of the Afghan republic. The Taliban captured the entire country in a military blitzkrieg as foreign troops withdrew in August 2021.

There has been a couple of public contacts with the Taliban leadership in third countries, but Thursday’s announcement was of the first formal visit of an Indian official to Afghanistan. 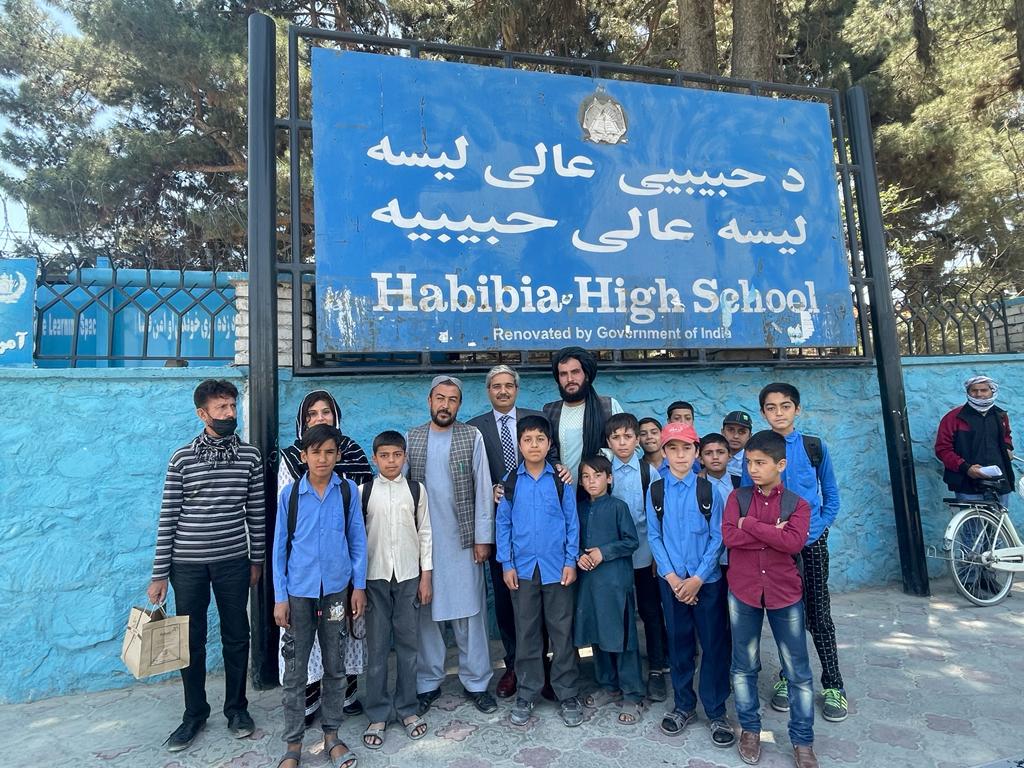 The Indian side underlined, in the official press note and media briefings, that the only purpose of the visit was to oversee India’s humanitarian assistance to Afghanistan. The MEA readout also stated that India’s approach to Afghanistan would be guided by long-standing “historical and civilisational ties with the Afghan people.”

Replying to multiple questions on whether the visit meant more diplomatic engagement or recognition of the Taliban, MEA spokesperson Arindam Bagchi insisted that the media was “reading far too much into the visit.”

The Taliban government is yet to be officially recognised by the United Nations or any other country, even though the international community engages with the leadership at various levels.

However, in Kabul, the Taliban’s foreign ministry had more expectations from the visit.

Tweeting a photo of the senior MEA official J.P. Singh with the acting foreign minister Amir Khan Muttaqi, the spokesperson was focused not just on humanitarian aid but also covered diplomatic relations and bilateral trade.

Welcoming the first Indian delegation to Kabul, Muttaqi termed it a “good beginning in ties between the two countries,” as per Taliban foreign ministry spokesperson Abdul Qahar Balkhi. He also expressed gratitude for Indian humanitarian aid to Afghanistan.

As per the Taliban, the Indian delegation conveyed that India sought “positive relations with Afghanistan as in the past.”

“To end, they agreed to expand interactions between the two countries,” said the Taliban foreign ministry.

they would provide further facilitates in this area to help Afghanistan further increase its exports & strengthen its economy.

To end, they agreed to expand interactions between the two countries.

As per the Taliban foreign ministry spokesperson, Stanekzai conveyed Afghanistan seeks “enhanced political, economic & cultural relations with India as an important regional country”. He also asserted that Afghan-Indian relations should be based on “bilateral legitimate interests”.

With an eye at Pakistan, Stanekzai reportedly told Singh that these bilateral relations “would not be influenced by other countries’ inter-rivalry”.

In turn, the Indian delegation assured Stanekzai that India “would not interfere in Afghanistan’s domestic affairs”, according to the Taliban spokesperson.

it would not interfere in Afghanistan’s domestic affairs. DFM Stanekzai assured the Indian delegation that the Afghan-Indian relations would move forward based on mutual respect & joint bilateral legitimate interests, & would not be influenced by other countries’ inter-rivalry.

From the Indian side, there were no further details on the content of Singh’s discussions and also the identity of his interlocutors in Kabul.

India had been among the handful of countries that had taken a hardline stance on contacts with the Taliban during talks with the US and erstwhile Afghan government. However, after the Taliban returned to power, India softened its stance with meetings taking place in Doha and Moscow.

The Indian government had also announced that it would send 50,000 metric tonnes of wheat to Afghanistan, reeling under severe economic pressure due to financial sanctions against the Taliban and the drought situation in Afghanistan.

It has become a valuable initiative to continue to have contacts with the Taliban, as demonstrated by the visit of the MEA official. “In this connection, the Indian team will meet the senior members of the Taliban, and hold discussions on India’s humanitarian assistance to the people of Afghanistan,” said the MEA announcement.

The MEA did not specifically identify the Taliban officials with whom the Indian delegation interacted.

So far, India has dispatched around 20,000 metric tonnes of wheat, which has been transported through Pakistani territory. It had also delivered covid vaccine to Afghanistan, as well as to Iran to administer to Afghan refugees.

As with other humanitarian aid of medicines and covid vaccines, India announced that consignments were not handed over to the Taliban government for distribution, but to UN agencies like WHO and WFP, as well as the Indira Gandhi Children hospital in Kabul.

“India’s development and humanitarian assistance have received a widespread appreciation across the entire spectrum of Afghan society,” claimed the MEA press release.

It added that the MEA team would meet with the members of the international organisations and also visit various places where Indian projects are being implemented.