The UN Committee on the Exercise of the Inalienable Rights of the Palestinian People said that despite fears, there was no dilution in India’s support for the Palestinian cause. 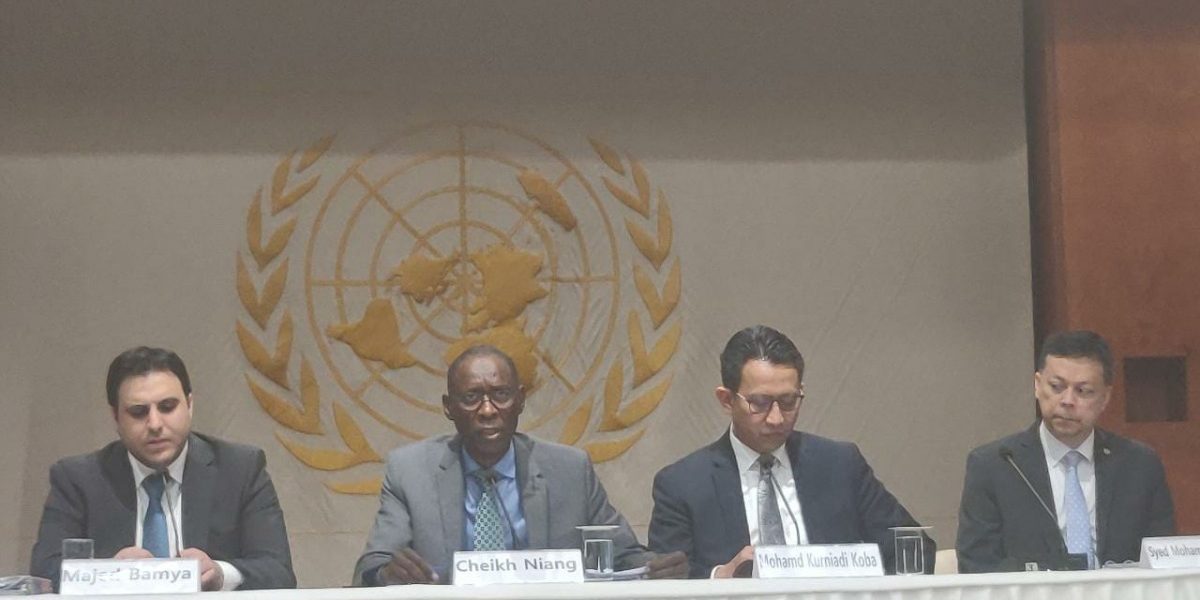 Press conference addressed by the visiting delegation of UN Committee for Inalienable Rights for Palestinian People on Tuesday.

New Delhi: India’s consistent support for the Palestinian cause is evident from its voting pattern in United Nations, which hasn’t changed over the decade, the UN Committee on the Exercise of the Inalienable Rights of the Palestinian People said on Tuesday.

The committee was established by the UN General Assembly in 1975 and its mandate is renewed on an annual basis. India is one of the 26 member states of the UN committee, with Palestine being a permanent observer.

During their two-day visit, the delegation led by the chairman of the committee, Senegal’s permanent representative to the UN Cheik Niang, met with the external affairs minister S. Jaishankar and Ministry of External Affairs secretary (consular, passport and visa) Sanjay Bhattacharya.

Received delegation from the UN Committee on the Exercise of the Inalienable Rights of the Palestinian People. Exchanged views on the latest developments in West Asia. pic.twitter.com/ZCrzR09qsQ

Speaking to reporters at the end of his visit on Tuesday, Niang said despite fears, there was no dilution in India’s support for the Palestinian cause.

“Best way to test India’s commitment is the way India votes. And India has consistently bot in favour of those resolutions that promote the two state resolution with Jerusalem as the capital. We have not seen any weakening of the position,” he said.

The Senegalese diplomat said that India’s position was reiterated during their meeting with Indian leadership, which he described as being “very good”.

Palestinian diplomat Majid Bamya, who was part of the delegation, said that “in reality there has been no shift in its position on Palestine despite all the investment that Israel has made in the relationship”.

When pointed out that India has changed its position on Palestine-related matter outside the UNGA and Human Rights Council, Bamya said that Israel did certainly want to give the impression that there would be a “major shift” in India’s policy. “We have to acknowledge as reality that it has not happened.”

Any shift, he noted, would be “out of place with India’s history and principles it is founded on”.

Referring to India’s vote last year in UN Economic and Social Council to not give consultative status to a Palestinian NGO, Bamya claimed that India had given an explanation and context for its vote which indicated that the decision was not related to the Palestinian issue.

“There are 15 resolutions on Palestinian rights and for peace and India votes for all of them every single year despite appeals to vote differently,” he stated.

One of the reasons that the delegation had chosen to come to India this year was the South Asian nation is a candidate for the UN Security Council non-permanent seat for 2021-22. India is the only candidate for the single seat of the Asia Pacific group that will be up for grabs in June this year.

“Countries like India that have good relations with Israel and Palestine, and are attached to multilateral principles, could play a bigger role,” said Niang. “We would like India to help pushing the parties towards peace. We know that India will be a strong voice,” he added.