Inside The Mad World of Indian and Pakistani Visa Rules

The struggle an Indian has to go through to get a Pakistani visa and vice versa is frustrating and largely fruitless. That's where all the ties the two countries share just aren't enough. 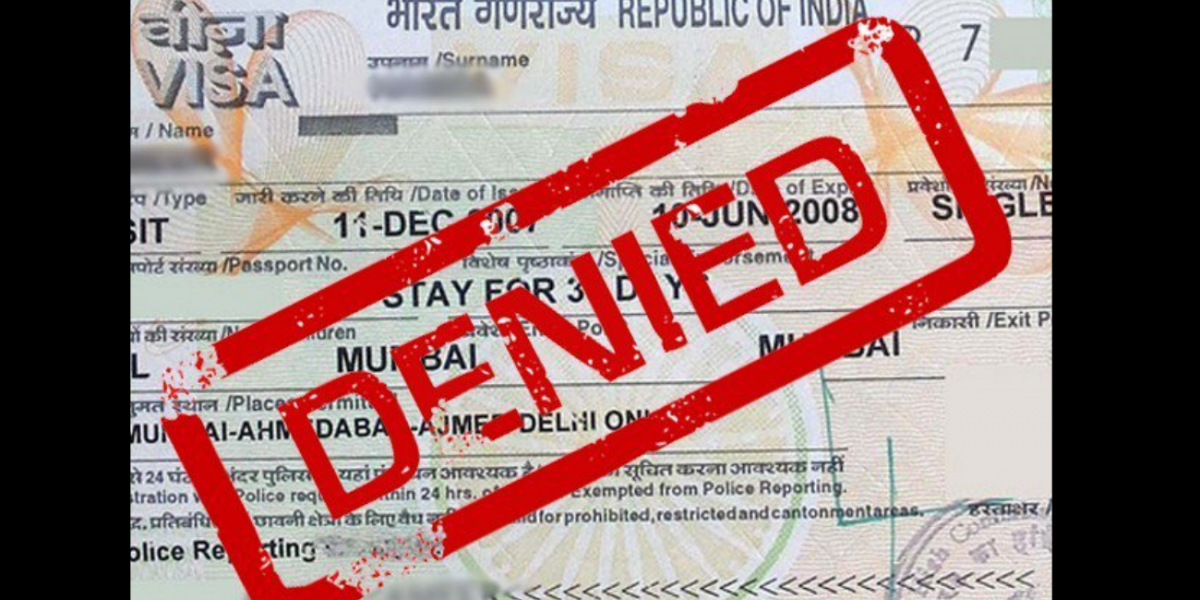 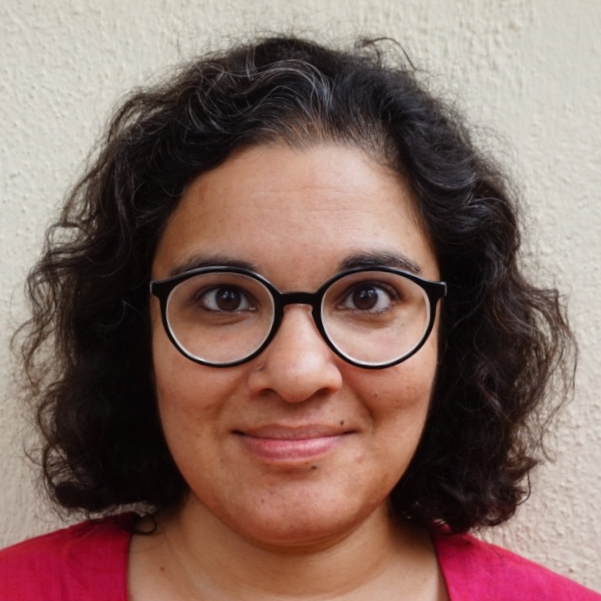 When the news first broke that Imran Khan was likely to be the next prime minister of Pakistan, I started to wonder if there was some vague hope of finally being able to visit Karachi. Despite the Pakistan Tehreek-e-Insaf’s about-turns on the matter, no less than three of “Kaptaan’s” old friends – Sunil Gavaskar, Kapil Dev and Navjot Singh Sidhu – were eventually invited to the oath-taking ceremony. Presumably they would find it a little easier than most of us to get to Pakistan.

Back in November 2016. I went over to the Pakistani consulate in Toronto, where I temporarily live and work, to hand in an application for a visitor’s visa. I wanted to visit a very dear friend in Karachi, and wanted to see something of the country to get to know the people living on the other side of the mirror.

Of course, my friend and I did know that then, right after tensions between the two countries had escalated, visas for Indian citizens to visit Pakistan or vice versa were not going to be easy. We dithered for a couple of weeks and then decided the risk was worth it. Let’s put in the application anyway, we decided, and Inshahallah someone will look kindly upon it. Which is why I, with a pile of supporting documents, marched up to the counter at the consulate when my token number came up, determined to try my best. Even before I could push my passport entirely through the window, the woman behind the counter realised it was an Indian passport. Pushing it back, she said, “We are not accepting applications from Indians. You can try from your own country.”

Then started a morning and afternoon of very mixed feelings. Waiting patiently to meet someone higher up in the hierarchy. Being relentlessly charming and deferential with the consulate staff.  Feeling frustrated and hopeless. Feeling hungry because I hadn’t carried lunch and didn’t want to leave without getting my work done. It ended at 4 pm in disappointment. The consul general himself told me they would not be able to accept the application. “The policies have changed,” he said, “Even if I accept it, I would have to forward it to Pakistan and it would take at least two months to get a decision.”

What could I do? I had to accept this with good grace, as sad as I was.

It was a strange day.

There was so much of the bonhomie and sweet familiarity I have come to associate with any space in Toronto where I as an Indian citizen encounter Pakistanis. On the rare occasion I take a cab, the drivers are most often Pakistani and we inevitably get talking. A local desi shop run by a Pakistani gentleman was my source for coconuts, and the owner never tired of hearing about Goan food. Half of my students of subcontinental origin are Pakistani Canadians. So of course there are Pakistani friends and acquaintances met and made in Toronto, people I wouldn’t have easily met in India.

The camaraderie is immediate, and it was so in the consulate as well. Five people borrowed my pen, a hassled young woman recruited me to babysit while she went to the washroom, uncles were jocular. Not least the uncle at the information desk, large portrait of Jinnah above him. He insisted, laughing , that I looked nothing like the passport photos I’d carried and would have to take new ones there. It was exactly like any similar waiting room in India – hospitals, government offices, railway stations, banks, that quality of sociability.

As the day wore on, and the only people left were the “problem cases” who needed special paperwork done, conversations in the waiting area became more fraught. To my intense embarrassment, it turned out almost all of the other people waiting needed documents to support visa applications for India. They weren’t even Pakistani – they were Canadians with Pakistani ancestors. All who’d ever visited India had struggled to get their visas. Several had been told that because their parents were born in Pakistan, they’d need to provide documentation to show they had renounced Pakistani citizenship – even though they’d never had Pakistani citizenship in the first place, so there was nothing to renounce. One young man had planned the previous year to attend a friend’s wedding in India but his parents’ Pakistani origins meant he had not been granted a visa. One young woman of Pakistani origin had married a man of Indian origin and had to suffer the same song and dance annually in order to visit her in-laws in India.

And yet, everyone was intensely polite to me and even as they complained about “the Indians”, they hastened to add, not you, of course, it’s the governments. I shared my dilemma, people shook their heads sympathetically, and I noted that we’re all friendly, ordinary people, it’s the governments that are to blame. There wasn’t a word about politics or about surgical strikes or cross-border skirmishes or terrorism. Kashmir only came up in connection with Kashmir Day being a holiday and a discussion of how many holidays government offices take (clearly, we like to complain about this on both sides of the border). But we also didn’t say anything about how we could possibly change this ridiculous visa situation and what we could ask our governments for.

The consul general was generosity itself. We drank tea together, discussed art and music, talked about history, opined on museums, attempted to find mutual acquaintances. He presented me with a photographic catalogue of an exhibition of ancient artefacts from what is now Pakistan that the Pakistani foreign ministry had organised.  He gave me a phone number for his counterpart in Delhi, who might help with a visa application. And of course, he also gave me a dozen apologies in half an hour. He too was embarrassed. And I absolved him too, saying that I understood his hands were tied and that he couldn’t go against policies made at a higher level and that it had been a pleasure to meet him anyway. There again, we both just accepted that we couldn’t do anything.

I wished more than once that day, as I listened to stories of the absurd pettiness of bureaucratic processes, that the ground would just open up and swallow me, somehow complicit by virtue of my passport in the idiocy perpetrated by both states. The thing is, if the ground had opened up and swallowed all the embarrassment there, it would have been an enormous sinkhole at the north-west of the intersection of Keele Street and Highway 7. Because, over six hours, it became clear: if there is one space in which the conviviality that comes so naturally to us Indians and Pakistanis outside the subcontinent is just not enough, it’s a consulate. This is where we can’t ignore the poor relations between our home-countries.

This is where all those ties we share – of language, religion, race, biryani, cricket rivalries, Coke Studio love, history, and so on and so forth – just aren’t enough. Not even our collective infatuation with Fawad Khan can save us. Elsewhere we have the illusion of being defined by connections of heart or mind. In a consulate, on a visa form, in the bureaucratic record of both states, we are reduced to subjects of enemy nations. Indian. Pakistani. Different. Suspicious. Unwelcome. And thus the two states score the lines drawn at Partition deeper and deeper in the maps of our imaginations. So deep that we actually can’t imagine how we’d hold our governments accountable for making it so difficult to be friends across borders. Instead, we just feel universally embarrassed.

I got no visa, so we Indian and Pakistani friends had to eventually meet in Sri Lanka. We decided, quite seriously, that we’d just meet in Nepal next. But what is friendship if we can never visit each other’s homes? I hope Imran Khan remembered, as he shook hands with Navjot Singh Sidhu today, what it was like to play in Sharjah rather than Lahore or Mumbai and that the embarrassments of party and public reactions to their cross-border friendship sink in. But also, that they have a good time drinking chai and eating samosas in some comfortable living room. It’s the very least we’d all like to do with our friends.

Sanchia deSouza is a historian and writer. She is presently working towards a PhD at the University of Toronto.