In his recent press conference in POK, foreign minister Qureshi made several admissions of Pakistan's uphill battle in convincing the world of its stance on Kashmir. 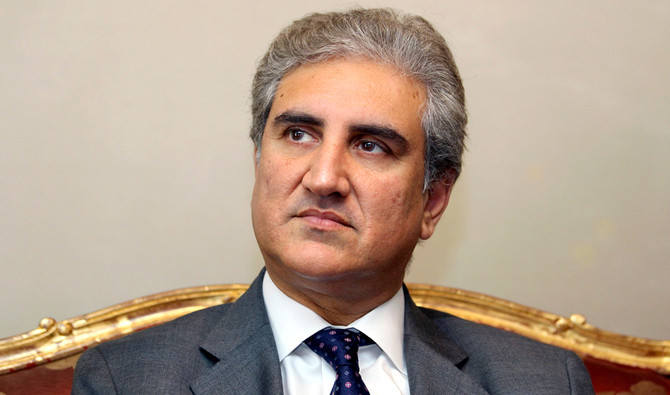 Washington: Pakistan’s dilemma is truly Hamletian. Should it be its normal self and unleash jihadis across the border into Kashmir or not be and practice the rhetoric of  ‘naya’ Pakistan after India’s move to scrap provisions of Article 370?

“Whether ‘tis nobler in the mind to suffer
The slings and arrows of outrageous fortune,
Or to take arms against a sea of troubles…”

Pakistan appears to be engaged in a complex exercise of response calibration after a realistic assessment of prospects. The world is not seized of the matter of Kashmir and Pakistani diplomats are hitting a wall.

For good or ill, there is simply no appetite for arguments based on human rights today when China has a million Uighurs in enforced education camps and western countries are taking stringent measures to curb immigration, separating little children from their mothers. Besides, most countries are “woke” to Pakistan’s not-so-clandestine jihadi services and are less prone to buying the “Kashmir-banega-Pakistan” line.

The US, deeply concerned about the fragile progress of the Afghanistan peace process, wants Pakistan to stay “on track” and has pressed both the civilian and military leadership not to do anything that leads to an escalation on the border.

Also read: US Spent $2.8 Trillion on Fighting Terrorism, but to What End? We Don’t Know

A preemptive strike by India could complicate President Donald Trump’s express timetable for extrication from Afghanistan because it puts Pakistan under pressure to “do something” which in turn could potentially create a new dynamic. The centre may not hold.

The US administration has apparently told Pakistan to keep jihadis on a tight leash. Washington’s main worry is that any eruption on the Line of Control could eventually have an impact on the Afghan peace process.

As a result, Pakistan is preparing the ground for what some are calling a “retreat” from its maximalist declarations made in the wake of the India’s decision to remove Jammu and Kashmir’s special status.

Indian Ambassador Harsh Vardhan Shringla, meanwhile, is meeting US officials and making the rounds on Capitol Hill to engage both Republicans and Democrats and explain, clarify and stress that security measures in Jammu and Kashmir are temporary.

The official Indian position is that it is an internal matter and has no connection with Trump’s recent offer to mediate on Kashmir or the peace process in Afghanistan. Even the Taliban has said developments in Jammu and Kashmir have no bearing on what happens in Afghanistan.

US officials understand that there is a high level of acceptability within India for reading down Article 370, for a variety of reasons, and have largely accepted India’s argument that it is an “internal” matter. India’s National Security Adviser Ajit Doval too had a talk with his US counterpart John Bolton on the issue recently, it has been reported.

Given US requirements in Afghanistan and the lack of traction internationally for Pakistan’s point of view, Islamabad appears to be walking back from its initial inflammatory language. It seems to have decided to “suffer the slings and arrows of outrageous fortune.”

Foreign minister Shah Mehmood Qureshi admitted at a press conference in Pakistan Occupied Kashmir (POK) on Monday that he cannot work miracles at the United Nations. His public declaration is obviously meant to lower expectations among people who have been fed a certain diet about Kashmir for decades.

Qureshi’s admission came two days after he vowed to move the UN Security Council with China on the Kashmir issue. His visit to China clearly did not yield the results that Pakistan wanted.

The official Chinese account of his meeting with Foreign Minister Wang Yi was a salad of references to bilateral and multilateral precedents and referred to both India and Pakistan as “China’s friendly neighbours.”

There was no fire or fury. As Qureshi left Beijing, videos of him thanking the hotel and embassy staff got out, sparking mirth and pity from Pakistanis on Twitter about a mission unaccomplished.

Apparently deflated, Qureshi took to some plain talking at POK. He urged the people of Pakistan not to live in “a fool’s paradise” and look at the situation realistically. No one at the UN is waiting with a garland to felicitate Pakistan [for its stance on India’s Kashmir decision], he said in a burst of candour.

“You have to be aware of the new realities. The atmosphere is not favourable. It is easy to get emotional and even easier to object to everything but to understand an issue and take it forward (at the UN) is complex,” said Qureshi.

The ‘president’ of POK, Masood Khan, sat beside him, shifting uncomfortably in his chair at this public admission of defeat.

Qureshi further admitted there was a “new realignment” of forces in the world where India’s large market of a billion plus people was a major factor. “We talk of ummah and Islam but many protectors of the ummah have made many investments … and they have interests there,” he said ruefully. Ummah means ‘community’.

But Qureshi’s public posture may not be the full picture of what Pakistan might be contemplating. According to an intelligence ‘fact sheet’ circulating in Washington, the Pakistani establishment has unleashed militant groups and allowed infiltration to resume across the LoC.

I would urge every overseas Pakistani to step out on 15th August to register their protest infront of India High Commissions across the world to stand up against the unlawful, brutal and forcible occupation of IOK by India. pic.twitter.com/IBguWTuOO2

According to this fact sheet, which could not be authenticated independently, Jaish-e-Mohammed has been asked to conduct “spectacular attacks” not only in Kashmir but also in major Indian cities. Mumbai is a prime target.

Trained cadres are allegedly moving to “forward locations along the LoC” with Jaish chief Masood Azhar’s brother Rauf in charge of operations. The idea is clearly to create a situation that will attract global attention.

It’s worth recalling that immediately after India’s decision was announced, Pakistan’s Prime Minister Imran Khan had said it was likely to provoke “incidents like Pulwama” and promised to “shed the last drop of our blood” in case of war.

Army Chief Qamar Bajwa announced on Monday that the country has initiated multiple efforts to “redress” the situation in Kashmir, implying steps other than diplomatic ones might be underway. “No matter how much time and whatever effort it takes, we will prove equal to the challenge,” he said, on the occasion of Eid.

An ugly surprise may yet be in store for India because Pakistan is unlikely to take this on the chin and accept it as fait accompli even though many of its  well-wishers have suggested it concentrate on development instead of jihad.