If India Can Resolve Disputes With Other Neighbours, Why Not Us: Nepali Foreign Minister

The border dispute between the two countries has been longstanding, but the matter came back to the spotlight in Nepal after the release of a new political map by the Indian government in November 2019. Kathmandu: If India can resolve longstanding boundary issues with countries like Bangladesh, then it can do so with Nepal too, Nepali foreign minister Pradeep Kumar Gyawali said on Friday about the Kalapani dispute, which made headlines in Kathmandu after New Delhi recently released a new political map.

Nepal is expecting talks with India on the border dispute to take off once after the transition to a new foreign secretary is completed this month.

Describing the border issue as “baggage handed over by history”, Gyawali explained to a group of visiting Indian journalists that Nepal’s current territory with India was determined by four colonial agreements, beginning with the 1816 Treaty of Sugauli.

Gyawali noted that as per the treaty, India’s western border was by the Kali river. “Nepal wants to solve this unresolved issue according to the letter and spirit of Sugauli treaty, based on correspondence at that time, historical maps and evidences.”

The border dispute has been longstanding, but the matter came back to the spotlight in Nepal after the release of a new political map by the Indian government depicting the newly-formed union territories of Jammu and Kashmir, and Ladakh in November 2019.

It showed Kalapani as part of Indian territory, which was strongly objected to by Nepal.

India responded that the map accurately depicted the country’s sovereign territory and did not revise the boundary with Nepal. India also expressed willingness to find a solution through dialogue “in the spirit of our close and friendly bilateral relations”.

In early December 2019, Nepal had requested India to fix dates for a meeting at the foreign secretary level to discuss the matter.

“We have already expressed concerns to India… India has said that it is ready to resolve pending issues through discussion. So, we can settle,” said Gyawali.

According to Nepali government officials, the expectation is that India will fix dates for talks on the border after India’s next foreign secretary, Harsh Vardhan Shringla, takes over from January 28.

The Nepali foreign minister expressed optimism that the matter will be resolved by the current leadership of the two neighbours, whom he described as being visionary and personally committed to resolving pending issues.

Asked whether he was referring to the successful implementation of the India-Bangladesh land boundary agreement, Gyawali said, “Yes”. He added that the process adopted with Bangladesh cannot be replicated with Nepal, but asserted, “if there is a will, there is a way”.

“I don’t think India wants to prolong its issues with neighbours,” said the foreign minister. In a free-wheeling interaction with Indian journalists, he touched upon all pending topics from the handing over of the Eminent Person Group’s report on the revision of the 1950 treaty of peace and friendship, and the replacement of demonetised Indian rupees.

The report was finalised in 2018, but it has still to be even submitted to the two governments. The delay has largely been due to the Indian side not being able to schedule an official submission of the EPG report to PM Narendra Modi.

“We have reservations of the 1950 treaty…provisions are not fair. That’s why we want to make necessary readjustments to our treaty arrangement.”

The foreign minister said that the Eminent Persons Group was able to make “unanimous recommendations” on several contentious issues.

Gyawali stated that Nepal was “waiting for the appropriate handing over” of the report, which he described as being “extremely important”.

Another “pending” issue with India is the fate of the demonetised Indian currency that was collected by Nepal’s central bank.

After India demonetised Rs 500 and Rs 100 currency notes in November 2016, Bhutan and Nepal government had to deal with the problem of a large stock of demonetised notes deposited by their population, since Indian currency was legal tender.

While India eventually found a way to exchange the demonetised notes with Bhutan, no solution has still been found with Nepal even after three years.

The Nepalese foreign minister said that Nepal Rashtra Bank (NRB), the country’s central bank, was holding around Rs 7 crore worth demonetised Indian currency. “We are still unable to understand why India is not able to make adjustments. We are not talking about money transacted informally, but that came through banking channel.”

New Delhi’s concern has largely been that a lot of Indian currency funnelled away from the country may have been deposited in Nepal’s banks. “We are still requesting the Indian side to rethink about the pending issues,” he said. 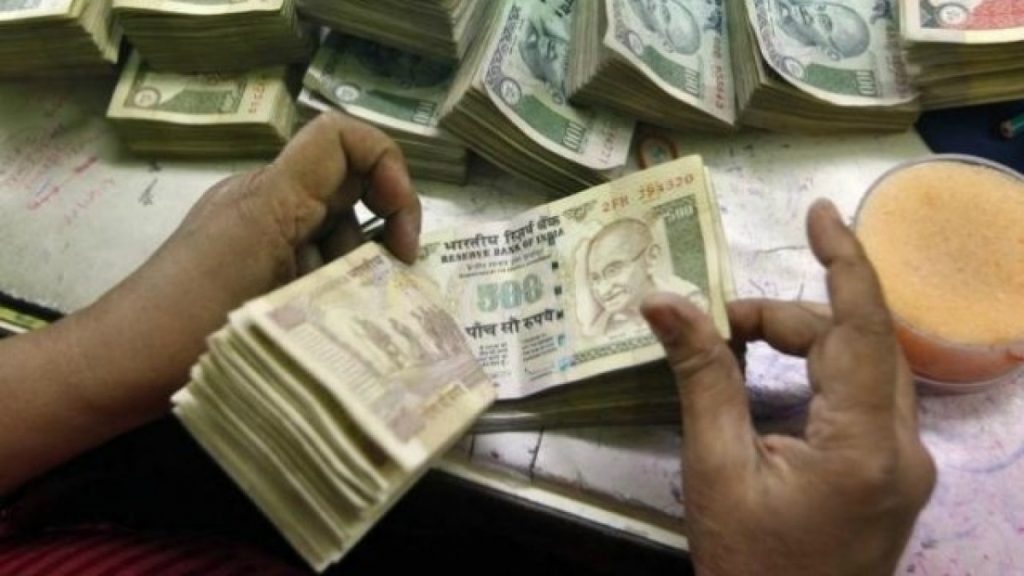 Meanwhile, he added that Nepal had invited the Indian prime minister to attend the first-ever “Sagarmatha Sambaad”, a permanent biennial dialogue forum that has been championed by Kathmandu as a new multi-stakeholder platform. The first ever Sambaad will be held from April 2-4 this year, with the theme of “climate change, mountains and the future of humanity”.

Gyawali noted that all the regional heads of states and government in South Asia have been invited for the dialogue.

“The dialogue forum has been envisioned as an open and neutral platform to discuss and deliberate on selected themes chosen from among the most prominent issues of global, regional and national significance,” he said.

Also read: The Uneasy Future of the Nepal-China Railway

When asked whether the Sambaad could be an informal gathering place for South Asian leaders in the absence of the SAARC summit, he enthusiastically agreed, “It will be a fantastic idea”.

The last SAARC summit was held in 2014 in Kathmandu. But the next summit scheduled to have been held in Islamabad has never been organised after India, Bangladesh and Afghanistan pulled out over cross-border terror allegations.

Gyawali stated that Nepal was “ready and eager” to hand over the chairmanship of SAARC to Pakistan, even as he hoped that the two South Asian rivals (India and Pakistan) could sort out their differences through negotiations, as the region faced multiple challenges.

He made it clear that Nepal was “encouraged” by the recent engagement between India and China through the two consecutive informal summits. “We are encouraged that if there is more engagement between the two neighbours, it would contribute a lot for regional stability, prosperity as well.”

He asserted that there was “no contestation between India and China in Nepal”. “Because we have made it clear that our soil will not be used against the critical interest of any country. We will not be part of any alliance that is targeted against another friend. Nepal will play a sensitive role to protect the genuine interest of a neighbouring country.”

Meanwhile, Gyawali said that work was on to implement a proposal a monumental infrastructure plan sponsored by China – a trans-Himalayan railway line from Tibet to Kathmandu. Nepal had signed onto China’s flagship Belt and Road Initiative for connectivity, which India has conspicuously kept at a distance.

Gyawali admitted that the proposed railway would be “one of the most challenging construction work”, but felt that it was necessary to bring down transportation costs.

“Pre-feasibility studies have shown that it (the trans-Himalayan project) is feasible. Now, the feasibility study will have to be done,” said the foreign minister. He estimated the cost of the project to be around $2.5 billion. An agreement to launch the feasibility study had been signed during the visit of China’s President Xi Jinping in October last year – the first visit by a Chinese head of state to Nepal in 23 years.

Even as Nepal was joining hands with China over major infrastructure projects, Nepalese political parties have been a bit divided over the largest grant ever to be offered to the Himalayan state – $500 million through the United States aid agency, Millennium Challenge Cooperation (MCC).

A major chunk of the money will be spent on transmission lines that will connect to the Indian electricity grid, while the rest would be on maintenance of highway roads.

Nepalese media reports have highlighted the division within the ruling Nepal Communist Party over whether parliament should ratify MCC’s Nepal Compact. The opposition has claimed that this was a ploy for US to lure Nepal to its side as part of its Indo-Pacific strategy. However, the Nepalese foreign minister pooh-poohed any such inference. “There is no direct link between MCC and Indo-Pacific strategy… After a series of discussion, the compact was signed in September 2017.  After two months, President Trump declared the Indo-Pacific strategy”.

Expressing confidence that the process of parliamentary approval would be completed during the “ongoing session”, Gyawali noted that in a democracy, “differences in ideas are quite normal”.

Meanwhile, he called on India to “provide access for power trade with Bangladesh”. Nepal had last year proposed to export power to Bangladesh using the Indian grid system.

Note: This article was originally published at 6:30 pm on January 24, 2020 and was updated with additional details of statements made by the Nepalese foreign minister.