We need a foreign policy approach that thinks beyond event management. 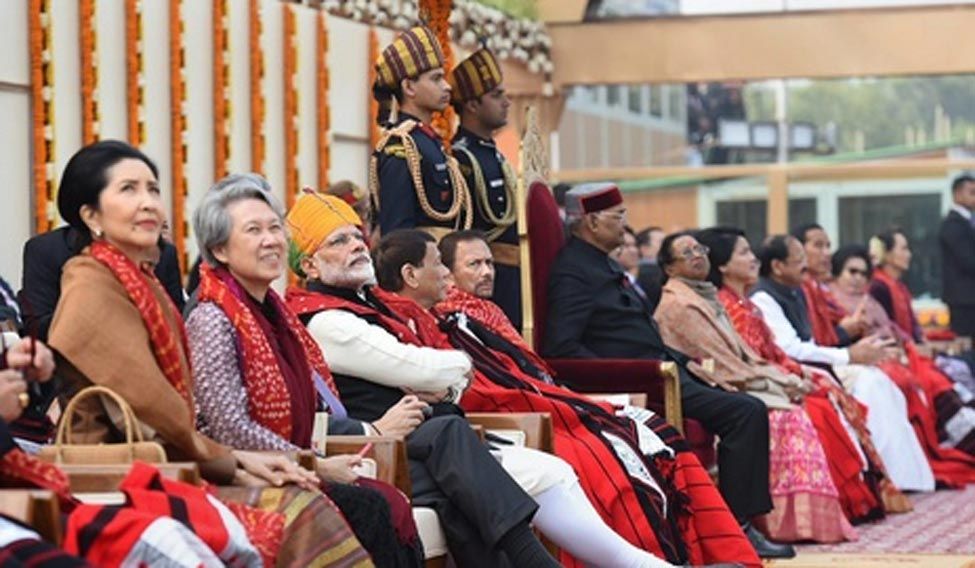 There is a great deal of talk in India of a new, rejuvenated relationship with the Association of Southeast Asian Nations (ASEAN) following the historic commemorative summit after which all the leaders of the Southeast Asian regional organisation participated in the Republic Day celebrations. There is little doubt that India scored an imaginative coup by inviting all ten leaders of the organisation as chief guests for the Republic Day celebrations. But what’s needed is a foreign policy approach that thinks beyond event management.

The participation of the ASEAN leaders is indicative of their interest in greater Indian involvement in their region. No doubt, many of the countries view New Delhi as a means of offsetting the enormous gravitational pull of Beijing. And this is not a moment too soon. In the past decade, the ASEAN has been buffeted by China’s increasing assertiveness in the South China Sea and the inability of their erstwhile protector, the United States of America to check Chinese behaviour. Notwithstanding the so-called pivot to Asia, the US and ASEAN have not really found a way to check China’s steady expansion into South China Sea by creating and then militarising artificial islands.

Now, China has taken another tack of reaching out diplomatically to ASEAN partners to soothe their concerns. At the beginning of December last year, Myanmar State Councillor Aung San Suu Kyi was feted in Beijing, in November, Premier Li Keqiang visited Vietnam where the PLAN and its Vietnamese counterparts held naval drills in the Gulf of Tonkin, a region where the two countries have no maritime dispute. According to the South China Morning Post, this has paid off in the fact that the ASEAN summit of November 2017 held in the Philippines did not mention China’s militarisation of the South China Sea. Earlier in that year, the ASEAN statement had referred to “land reclamation and escalation of activities.”

By itself India cannot do much. It has few equities in the region. The figures are quite stark. India’s trade with ASEAN was $71 billion in 2017, China’s $571 billion. More important perhaps is the fact that the ASEAN nations have become part of the value chains linked to China. In the past couple of years, rising wages have pushed low-end manufacturing from China to countries like Vietnam and the Philippines. Many Chinese products assembled in China have components primarily from Southeast Asia. Take hard disks, Seagate and Western Digital produce 85% of the hard disks in the world. They have units in Thailand where half their output is produced with inputs from other ASEAN nations, and the product is sold to a computer assembly plant in China.

More important, perhaps, in contrast to India, China also has leverages in dealing with the ASEAN. First, of course, are those that arise from over-the-top  maritime claims through which it throws its weight around against Vietnam and the Philippines.

Its second lever, which usually received less attention, is the Mekong river which originates as the Lancang in Tibet and then flows through Laos, Myanmar, Thailand, Cambodia and Vietnam.

As in the case of the Brahmaputra, China uses its upper riparian status to lean on the lower riparian states. While in the South China Sea there is still resistance to Chinese activities, most of the Mekong States have acquiesced with the Chinese leadership. In December 2017, foreign ministers of six countries through which the Mekong-Lancang flows met in China to approve a five-year development plan under the auspices of the Lancang-Mekong Cooperation arrangement initiated by China in 2015. China (along with Myanmar) has stayed out of the older Mekong River Commission where countries are agreed that their dam-building project proposals be discussed with all member states. Not surprisingly, China has several dams on the Lancang and is funding projects the lower Mekong basin as well.

Beyond this, China is actively involved in promoting overland connectivity with Southeast Asia. Using Kunming as the hub, China has ambitious plans to develop rail and road links to Myanmar, Laos, Thailand, Vietnam, Malaysia and Singapore. While high-speed rail projects in Myanmar and Vietnam have been shelved, China is pushing ahead with construction in Laos and projects in Thailand, and Indonesia. One analysis of the projects says that in contrast to their reputation, the Chinese have proved to be flexible and compromising.

India needs a far more focused approach to make a dent in China’s influence in the region. Connectivity is an important area which will undergird the economic thrust. But so far, its approach has been tardy. It needs to complete the Kaladan multi-modal project the Trilateral Highway to Myanmar and Thailand. Though begun in 2002, the highway has not come up for a variety of reasons, likewise delay has dogged the Kaladan scheme.

Also read: Why India Should Be Wary of the Quad

Recently, New Delhi announced a $1 billion Line of Credit to promote digital and physical connectivity, as well as a Rs 500 crore to create manufacturing hubs in Cambodia, Laos, Myanmar and Vietnam. We have also committed tens of millions of dollars in past ASEAN summits for economic cooperation, science and technology development, and green projects. What is really needed, to go by the experience of the Kaladan and the Trilateral Highway project, is to put in a new mechanism through which scores of smaller schemes in Bangladesh and ASEAN countries are run through a special overseas projects management outfit which would be run out of the Prime Minister’s Office itself.

And, in the context of India’s pivot, what is needed is a sharp scaling up of the size of the schemes, perhaps, in coordination with our other partners, Japan, Australia and the US, the first two are major trade partners and investors in the ASEAN, while the US remains the key security provider for everyone. This partnership needs to percolate deeper towards relations between the government aid and investment agencies of these countries, as well as their corporates.

As a result of Chinese pressure, Japan has stepped up its activities in the region. New Delhi and Tokyo have already announced their decision to cooperate to create an Asian Africa Growth Corridor which will link the Southeast Asia and Australia with India and Africa. This ambitious scheme involves mobilising financial resources and developing quality infrastructure, even while avoiding the pitfalls accompanying the Belt and Road Initiative.

Connectivity schemes only have a meaning if they are based on a foundation of good internal connectivity. India has many schemes, especially in its Northeast, but almost all of those are working at snail’s pace. Even the 1,504-km Delhi-Mumbai Dedicated Freight Corridor has seen “excruciatingly slow progress.” This corridor is, crucially linked to the success of the larger Delhi Mumbai Industrial Corridor project.