If the trend of “subordinating foreign policy to domestic political compulsions continues, India will find itself more isolated and challenged than at any time since Independence”, the report notes. 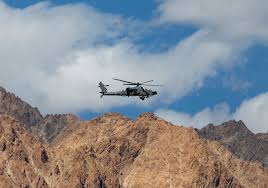 New Delhi: Nine years after a group of strategic analysts had brought out a paper advocating for a renewed foreign policy, a cohort of familiar and new foreign policy thinkers have called on India to alter course on its national strategy to overcome constraints, both internal and domestic, in navigating the current pitfalls of great power politics.

These are encapsulated in a new report, “India’s Path to Power: Strategy in a World Adrift”, released on Saturday. The eight authors are:

About half of the authors also worked on the “Non-Alignment 2.0” report released in 2012.

Like the previous report, the current one assesses the current lay of the land and provides prescriptions on how to steer through the geopolitical minefield on bilateral, regional and global levels.

Speaking at the launch, former NSA Menon said that the authors have observed “tectonic shifts since ‘Non-alignment 2.0’ put out in 2012 in terms of globalisation, in terms of shifting of the balance of power, in terms of ravages of world economy and geopolitics coming to our neighbourhood”.

He noted that these changes had already been underway, but the COVID-19 pandemic has accelerated the trends.

“What do we see in the next decade. We don’t see this as a bipolar world, nor is this a multipolar world… We are in a world between orders, a world adrift as we call in the title”. The strategic rivalry between China and the US is one of the key drivers, but they are also co-dependent on each other for their economic prosperity.

“The US remains foremost power by any standard, but its relative power is declining. China’s trajectory is something on which everybody has their own view, very hard to predict. But the way she is behaving suggests that she also thinks that there is a limited window of opportunity for her, otherwise why is she in such a hurry.”

Also read: For First Time, India Admits It Was Kept in the Dark About Several Aspects of US-Taliban Deal

The lack of stability in the international system was demonstrated by the lack of joint response to the COVID-19 pandemic. “There is hardly a coherent global response. There is no order here. There are only individual national responses. Compare this to even in recent historical terms to the 2008 global financial crisis. By April 2009, you had a G-20 decision on series of things to do. There was a remnant of order still working, but now no longer any more. That’s really the problem. We are in a world between order. And Asia is the cockpit of geopolitical rivalries.”

The fluidity in the world system also has opportunities for India. The report strongly urged India to forge linkages with “middle powers” to deal with a Rising China. “Each of them brings to the table significant capabilities and a willingness to exercise them. Yet they are unsure how to do so in an Asia marked by security dilemmas, declining American engagement, and fractured domestic politics. India’s ability to forge coalitions of the interested and willing among these middle powers will be critical to meeting the challenges that lie ahead,” said the 51-page report.

While the prospects of Chinese hegemony in Asia appear slim, the report states that there was little doubt that its “security profile in India’s own neighbourhood will expand”.

It observed that China is likely to be the “most significant issue in India’s external security policies in the coming [years]”. Since this was primarily a continental challenge, it would require “responses beyond an Indo-Pacific strategy or a Quad of any size or composition”.

With India and China rubbing against each other, smaller countries like Nepal are likely to take advantage.

India cannot match the resources deployed by China in the subcontinent. Therefore, it should do “what China simply cannot: build regional links, open its markets, schools and services to the neighbours and become a source of economic and political stability in the subcontinent”.

It also warned that if the trend of “subordinating foreign policy to domestic political compulsions continues, India will find itself more isolated and challenged than at any time since Independence”.

While it is “most evident” in India’s Pakistan policy, it is also intruded in relations with other neighbours. “A painstakingly bipartisan engagement with Bangladesh, which yielded rich dividends on security and sub-regional integration, is now undermined by domestic political stances on migration and the Rohingya crisis. On Nepal, the expectation that a shared Hindu heritage would help overcome its potent anxieties over Indian domination, have been thoroughly belied.”

The report has urgently called for a review of India’s SAARC policy. “If New Delhi continues to spurn SAARC, there is a distinct danger that other countries may remain committed to it and move ahead without India. This could open the door for China being invited to join a SAARC without the presence of India—a development that will reinforce Chinese penetration of the subcontinent.”

While progress has been made in setting up the hard infrastructure for South Asian connectivity, this has “not been matched by the improvement of behind the border procedures and institutions to facilitate cross-border movement of goods, people and services”. The report warned that India’s neighbourhood first policy was “hamstrung by excessive concerns about national security, especially border security”.

A return to SAARC by dropping objections to Pakistan holding the SAARC summit could be part of a “graduated and measured revival of relations, including through various confidence building measures”.

On cross-border terrorism, the report said that the objective should be to make it a “costly and risky activity for Pakistan – and there are enough vulnerabilities within Pakistan to make this threat credible”.

In the context of India’s live border management, Lt General Prakash Menon said that the report had advocated that in the western front, the operational doctrine “must be about inflicting pain without posturing”. This had to be evolved from an operational doctrine, which had to be derived from political objectives.

The report proposed the setting up of a Maritime Commission and a Bay of Bengal Maritime Initiative.

However, India’s geopolitical ambitions cannot be met if it remains on the fringes of the world economy. “In particular, India will not play a credible political and security role in Asia while opting out of the Regional Comprehensive Economic Partnership. Not only should it rejoin the RCEP but also continue its longstanding quest for membership in the Asia-Pacific Economic Conference (APEC).”

With a special emphasis on new technologies, Pai said that the report recommended that India “set ourselves on the journey to becoming cyber power” by acquiring cyber capabilities.

He stated that India should stay out of the Sinosphere in cyberspace as “fundamental values are different”.

Pai also noted that the “strongest cyber defence in the Information Age is social harmony, national unity and trust”.

There was a strong underlying theme in the report emphasising that India’s constitutional values had to be safeguarded as a key part of the vision for the quest for great power status. “Political democracy based on individual rights and the liberal spirit are innate in Indian culture and the sustenance of democracy in India will determine the future of democracy worldwide. The world has a stake in India’s success as a democracy,” the report said.