If foreign undocumented workers surrendered during the amnesty period, they were lodged in shelters, before being transported out to their home countries without paying any fines. 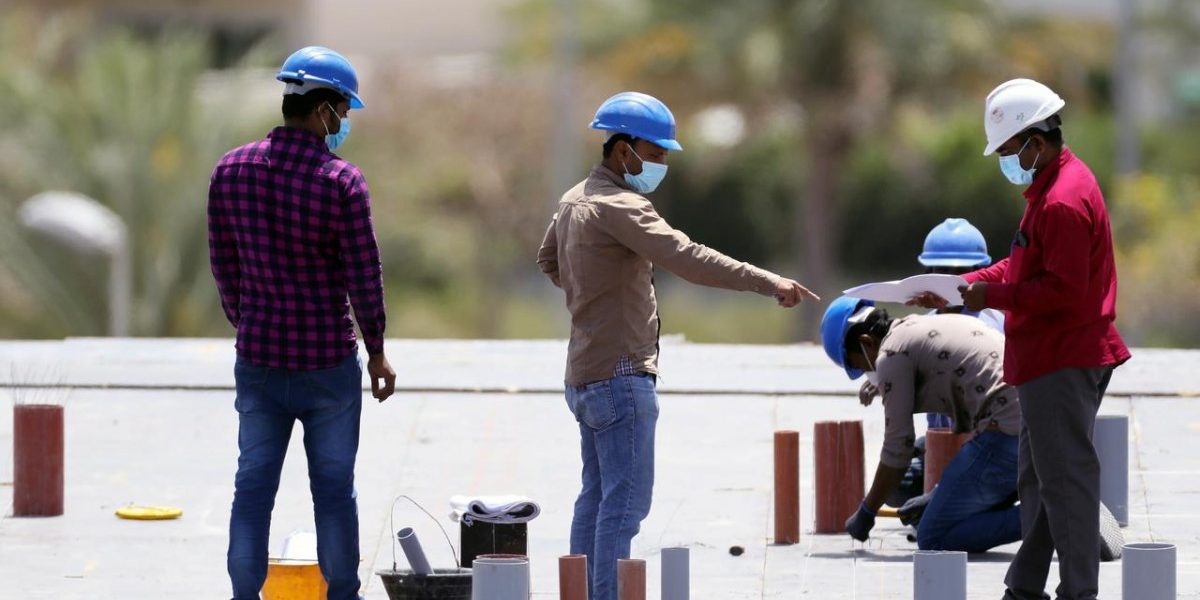 Representative image. Workers at a construction site in the Gulf. Photo: Reuters

New Delhi: After the end of the amnesty period for residency violators, Kuwait has again reiterated that it was willing to evacuate all Indian undocumented workers “free of cost”.

If foreign undocumented workers surrendered during the amnesty period, they were lodged in shelters, before being transported to their home countries without paying any fines – along with the possibility to return legally.

According to Arab Times, 23,500 violators were given amnesty, of whom 21,000 have been shifted to shelters, where their travel dates are yet to be fixed.

But, most South Asian countries are in ‘lockdown’ mode, which means that all air transport links have been snapped as they hunker down to fight the coronavirus pandemic.

On Friday, Kuwaiti Ambassador to India, Jassem Al-Najem reiterated that Kuwait was willing to ferry undocumented Indian workers on their own cost.

“The Ambassador highlighted government of the State of Kuwait’s efforts to evacuate all illegal workers of different nationalities. including Indian nationals who were granted general amnesty by Kuwaiti government and offered to fetch them back to their respective countries free of cost and by its own civil airlines,” said the statement released by the Kuwaiti embassy.

There has been no response from the Indian government, but sources indicated that there is not likely to be any air transport until there is a proper process to deal with arrivals from the Gulf.

Meanwhile, Sri Lanka, which has also closed its international airport, had requested Kuwait to allow its citizens without valid documents to stay in the country till May 30.

The statement from the Kuwaiti ambassador was issued before the Indian government announced an extension of lockdown by two weeks. Presumably, this is why the envoy assumed that the process of bringing back stranded Indian workers from the Gulf could begin next week.

“Kuwait is looking forward to work with the Indian government to implement its massive evacuation plan to bring back the Indians who are willing to come back voluntarily to India alter the complete Iockdown ends on May 3. 2020, in the backdrop of Corona virus pandemic and extraordinary situations the world is witnessing,” said the embassy statement.

Earlier this week, both India and Kuwait had issued respective statements assuring the good health of the relationship, after there was continuing social media buzz that began over Islamophobic tweets by Indians based in the gulf.