Russia and China have established a modus vivendi in Central Asia and India is not central to it. That said, India's entry into the Shanghai Cooperation Organisation is still a positive development 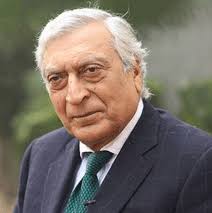 India was admitted to the Shanghai Cooperation Organisation as an observer in 2005. It has taken ten years for India to be admitted as a full member at the SCO summit at Ufa in Russia in July this year. The principal reason for this long delay has been China’s reluctance to accept India’s membership without admitting Pakistan at the same time.

Russia has been supportive of India’s inclusion, but has been advising India to pursue the application process for full membership only in close consultation with it. Russia has had reservations about Pakistan’s eligibility for full membership because of its terrorist affiliations, its support for the Taliban and its role in promoting instability in Afghanistan. It has wanted Pakistan’s policies in this regard to evolve before considering its inclusion.

The Central Asian states have had serious concerns about the growth of religious extremism and terrorism in the Pakistan-Afghanistan region and the spill over of these pernicious forces into their region and destabilising their secular polities as a consequence. For both Russia and the Central Asian states, Pakistan’s membership was encumbered with unacceptable baggage. India’s membership, on the contrary, carried no uncomfortable baggage.

India, as the largest economy in southern Asia, has much more to offer for the economic development of Central Asia than Pakistan. Its entry would have given the Central Asian states more options, while also achieving a better distribution of power within the organisation

For Pakistan, it would have been a humiliating political defeat if India obtained membership before it did. Pakistan believes it has a Central Asian vocation. Geo-politically, it sees itself as the gateway for South Asia to Central Asia. As an extension of this thinking it treats Afghanistan as its strategic backyard. Pakistan would, if it could, exclude India even from Afghanistan, not to talk of Central Asia. India’s admission to the SCO without Pakistan would have dealt it an intolerable blow in terms of its self-image, its policy of denying access to India to Central Asia and its obsession of parity with India.

China, ever sensitive to Pakistani views, would not have allowed a preferential decision in favour of India. The “iron” ties between Pakistan and China would explain why India could not become a member without Pakistan in the tow.

China has enormous clout within the SCO. Although the Central Asian states were part of the Soviet Union a little more than two decades ago and Russia still retains great influence in a region that remains its strategic backyard, it has had to contend there with the expansion of Chinese power.

After the collapse of the Soviet Union, Russia became enfeebled. It is during this period that China has grown in a spectacular way. The receding Russian power and expanding Chinese power has led to the creation of a new balance between the two in Central Asia. It is ironic that an area that was part of the Soviet Union has been brought together on a common platform, not in Russia, not in one of the Central Asian states, but in faraway Shanghai.

China has already established itself solidly in Central Asia. It has harnessed the region’s hydrocarbon resources to fuel its economy. As the world’s largest exporter, it is not surprising that it has captured the markets in these countries. Russia does not have the economic strength to compete with China in this region. China, in fact, is successfully harnessing Russian oil and gas and other raw materials for the needs of its economy.

This has meant that the two countries have had to establish a modus vivendi in Central Asia. They see it in their mutual interest to work cooperatively there. So, if Russia would have wanted India in and China would have wanted Pakistan in at the same time, neither could, or would, have wanted to over-rule each other’s preference. Hence the stalemate over membership all these years.

In any case, Russia would have had no reason to overly push for India’s membership while keeping that of Pakistan in abeyance, because India is not central to the functioning of SCO and the issue is not of such importance as to justify causing a strain in the cooperative Russian and Chinese stewardship of the organisation.

There could have been a reason to bring India and Pakistan into the SCO some years ago when the US was promoting its New Silk Road idea with the objective of drawing the Central Asian states towards South Asia and tying them together in trade and energy partnerships with a view to lessening their dependence on Russia and China. That US strategy could have been thwarted by opening the doors of membership to India and Pakistan, but this was not done.

There are several reasons why the membership has now been opened to both India and Pakistan.

The relations between Russia and the West have deteriorated sharply, with the imposition of western sanctions on the country and attempts to isolate it internationally. Russia, as a result, has moved eastwards towards China and is pursuing a Eurasian strategy. China, which sees the US “rebalance” towards Asia as a form of containment of China in the east, has begun to move westwards more decisively. It too has new Eurasian ambitions. Both want to consolidate the SCO as a platform on which as many countries of the larger region can come together, as possible.

This serves the Russian purpose of demonstrating that it is not isolated internationally, and that, in fact, more countries are joining a grouping that is dominated by it and China and one that excludes the West.

Some are projecting the SCO as a potential counter to NATO, but that is a gross exaggeration of its purpose and potential. There is a vast difference in the political, economic and military potential between Europe and the Central Asian states.

India would not want to view its membership of SCO as a political riposte to the West. It has legitimate interests in Central Asia independent of the quality of ties between Russia and China and the US.

For China, the One Belt One Road (OBOR) initiative would get depth by the inclusion of the two South Asian countries. The China-Pakistan Economic Corridor (CPEC) project, which is an integral part of OBOR, would link Central Asia to the proposed Xinjiang-Gwadar link, giving an outlet to the sea to these landlocked countries. In this scheme the stabilisation of Afghanistan becomes necessary. Hence the Chinese involvement in promoting the reconciliation process between the Afghan government and the Taliban.

India is wary of OBOR and the CPEC, as it sees these projects as means for China both to create market opportunities for the excess capacities it has built in certain sectors of its economy and, more importantly, as a tool for realising its great power ambitions by using the huge financial resources now at its disposal.

China may be hoping that India’s SCO membership may whittle down India’s reservations and draw India into its initiative. The inclusion of Nepal and Sri Lanka as dialogue partner countries is a pointer.

The expectation that the SCO can play a role in settling differences between India and Pakistan is far-fetched. China cannot be a broker because of its “higher than the Himalayas” and “deeper than the oceans” relationship with Pakistan and its own territorial differences with us, involving J&K too. Russia’s inclination to become a broker – any throwback to Tashkent – will create serious misunderstandings with us.

On the issue of terrorism, Pakistan may come under some pressure in the SCO. Within SAARC, Pakistan can join the shared rhetoric against terrorism without any pressure to clean up its act, as the only victim of its jihadi policies is India. Within the SCO, Russia, China and all the Central Asian states are concerned about terrorism and Pakistani policies and actions will be under scrutiny.

If India has failed to solve its problems with Pakistan within SAARC, our common membership of SCO will not help either.

Kanwal Sibal is a former Foreign Secretary of  India