This is the first time that the Indian Ministry of External Affairs spokesperson has mentioned Taiwan in a standalone statement. 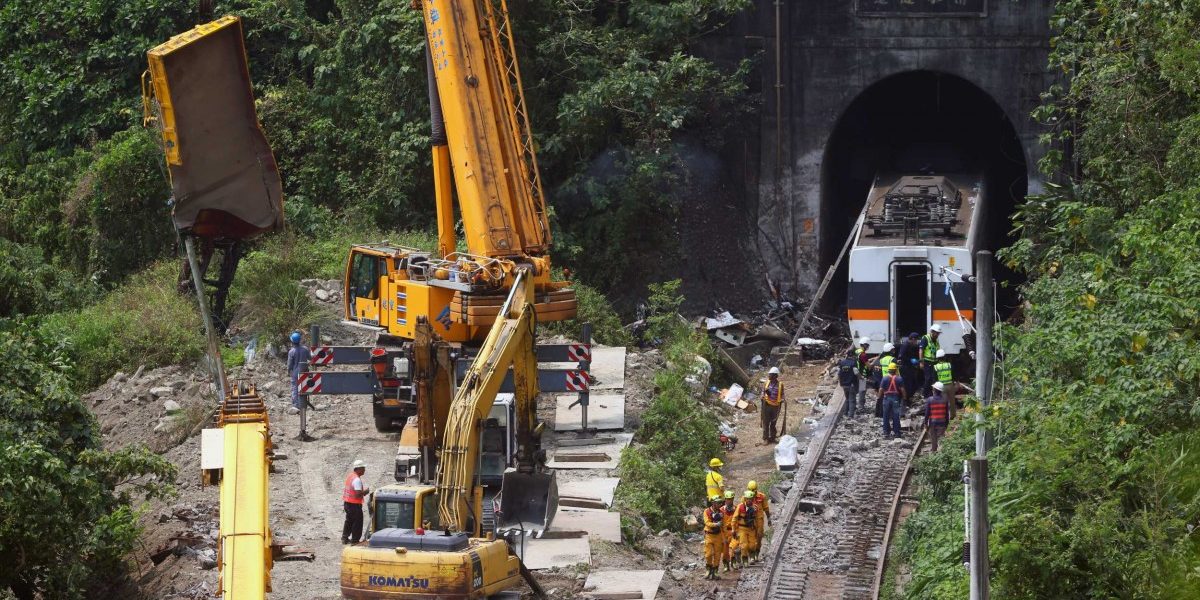 A crane lifts the wreckage of a truck which was hit by the train a day after the deadly train derailment at a tunnel north of Hualien, Taiwan April 3, 2021. Photo: Reuters/Ann Wang

New Delhi: India expressed grief on Saturday over the death of around 50 people in a train accident in Taiwan that is said to be the country’s deadliest rail crash in decades.

India also conveyed condolences to the families of the victims. The Taiwanese Ministry of Foreign Affairs responded, thanking India for this “genuinely friendly gesture”.

Thank you @MEAIndia for the expression of sentiment & support. This genuinely friendly gesture will touch the people, & bring Taiwan & India closer in a real & lasting manner. JW https://t.co/AWMOgl185L

This is the first time that the Indian Ministry of External Affairs spokesperson has mentioned Taiwan in a standalone statement.

According to reports, the express train was going from the capital city of Taipei to the southeastern Taiwanese city of Taitung on Friday and it crashed inside a tunnel.

At least 50 people were reportedly killed and over 150 injured in the accident.

India does not have formal diplomatic relations with Taiwan, but both sides have trade and people-to-people ties. China claims Taiwan as part of its territory.