The Ministry of External Affairs hopes India's 'credentials' are taken into account as and when a decision is taken (on its NSG application). 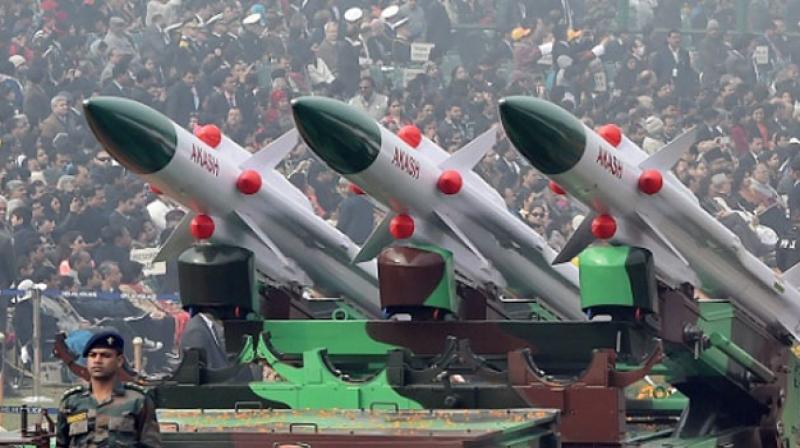 New Delhi: India on Friday joined the Australia Group which aims to stop the development and acquisition of chemical and biological weapons, a move that may take the country an inch closer to joining the Nuclear Suppliers’ group (NSG).

This is the third multilateral export control group – after the Missile Technology Control Regime (MTCR) and Wassenaar Arrangement – that India has become a member of.

In a press release, the 42-member Australia Group said there had been “very strong support” for India’s membership at its plenary meeting in June 2017. Following that, “consensus was reached intersessionally” to admit India to the club. “India then reaffirmed its intention to join the group,” said the announcement.

The Ministry of External Affairs said that the series of multilateral export control groups that India has joined “helps in establishing our credentials” for joining the NSG. India joined the MTCR in June 2016, followed by the Wassenaar Arrangement in December 2017.

Stating that India remains engaged with other countries over its application to join the NSG, external affairs ministry spokesperson Raveesh Kumar said, “We hope that our credentials are taken into account as and when a decision is taken (on NSG application)”.

India’s application to the NSG has been pending largely due to opposition from China, which wants the group to first draw up guidelines for all the candidates who have not signed the nuclear non-proliferation treaty. Pakistan has also applied to join the NSG, but has never been granted a waiver from the NSG’s export rules, unlike India, which was given one in 2008.

Indian ambassador to the United Nations Conference on Disarmament in Geneva, Amandeep Singh Gill, said that joining the Australia Group would also help in “strengthening supply chain security in the dynamic industry fields of biotechnology and chemicals”, along with meeting non-proliferation objectives.

The Indian government noted that entry would enable it to “implement the obligations arising from the Australia Group’s Guidelines and Common Control Lists including its reporting requirements, information exchange and principles”.

India’s admission to the Australia Group was welcomed by the French and Australian envoys in New Delhi.

“With its admission into the AG, India has demonstrated the will to implement rigorous controls of high standards in international trade, and its capacity to adapt its national regulatory system to meet the necessities of its expanding economy,” stated the announcement from Australia Group.

It added that India was also aware that it was required to “constantly adapt its export controls in the face of rapidly evolving scientific and technological challenges, and in this regard, affirmed its readiness to act in close cooperation with all members towards the furtherance of Australia Group objectives”.