In Myanmar, India Has Got the Diplomatic Plot All Wrong

New Delhi has to find ways to pressure the Myanmar authorities to create a safe atmosphere for the Rohingya. 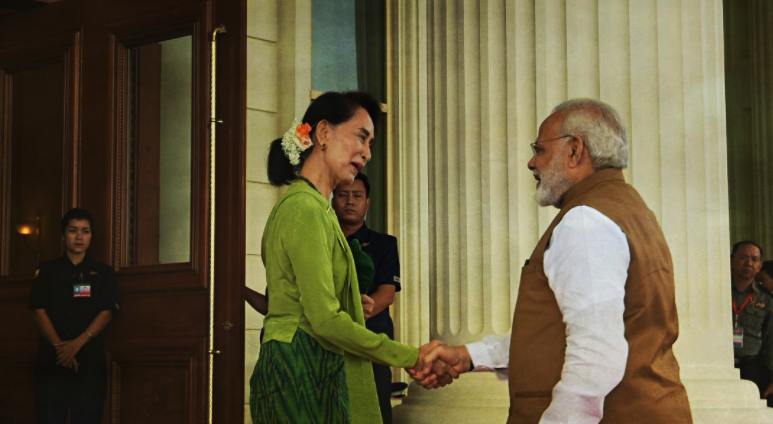 India’s stumbling response to the humanitarian and political crisis brewing in Myanmar’s Rakhine State should remind one of the distinction that the historian E.H. Carr made between the “intellectual” and the “bureaucrat”. The bureaucrat, Carr wrote, was driven by “precedent, instinct, [and] the feel for the right thing”. In contrast, the intellectual argued “inner consciousness” should motivate the acts of nation-states. That distinction was probably relevant in the backdrop of the two great wars of the 20th century, which pointed to a mismatch between how some elites wanted the world to be and what the world actually was. It is more difficult for a government today to claim that realpolitik requires it to dismiss human rights violations abroad with a wink and a nudge. In fact, what was once seen as the remit of “woolly-headed” intellectuals should figure centrally in India’s cold calculus of power projection in South Asia — it is in New Delhi’s interest to promote pluralistic ethos and norms in its neighbourhood, so that its governments, businesses and peoples are all invested in a common understanding of well being.

Yet it is surprising that Indian diplomacy, in response to the flight of the Rohingya from Myanmar, has once again stuck to its worn and weary South Asian playbook: make no sudden moves, support the establishment and feel its way around the crisis. The “bureaucrat”-isation of the relationship – confined to developing a trilateral highway or the Kaladan project — cannot be a substitute for India’s interests in ensuring a certain political trajectory for its neighbour.

Every manoeuvre New Delhi has made since ethnic conflict broke out in the Rakhine province has militated against its desire to stop being a “passive recipient of outcomes” in the region. Beginning with minister of state for home affairs Kiren Rijiju’s ill-conceived remarks in parliament about deporting Rohingya refugees, Prime Minister Narendra Modi’s own unqualified backing of the Myanmar regime during his recent visit, and now the Ministry of Home Affairs’s formal affidavit in the Supreme Court, New Delhi got the plot wrong. Faced with vocal concern from Bangladesh and international opprobrium to boot, the government changed track somewhat, but there is little to suggest it has now a credible plan to mitigate a catastrophe unfolding on the frontiers of the subcontinent.

Indeed, the prime minister’s statement limits the room for any sustained norms- or principle-based approach from the Ministry of External Affairs – a U-turn in its policy now will be perceived in the neighbourhood as evidence of fickleness, or worse, indifference – so Indian diplomats are doing the best under the circumstances to be effective crisis managers. The MEA has only itself to blame. The desire to ensure the prime minister’s Myanmar visit went smoothly without raising prickly issues, and its inability to control the political narrative in India about the Rohingya, have tied the foreign ministry’s hands.

We are left instead with theories from the establishment extolling the virtues of a “pragmatic” approach in dealing with Myanmar, and how it has purportedly served New Delhi well in the past.

The first such theory is that India is right to throw its weight behind State Councillor Aung San Suu Kyi, since any effort to undermine her political management of the crisis will not only strengthen Myanmar’s military junta, but also expose the lack of alternatives to her civilian leadership. If this were indeed New Delhi’s goal, it is safe to call it a failure, as Suu Kyi finds herself isolated internationally. Under pressure, she will skip the annual heads of state gathering at the UN General Assembly, an infamous practice reserved for dictators and despots, not former Nobel Prize recipients. Her televised speech on Tuesday from Nay Pyi Taw made feeble gestures of reconciliation but falls well short of what the international community expected of her. 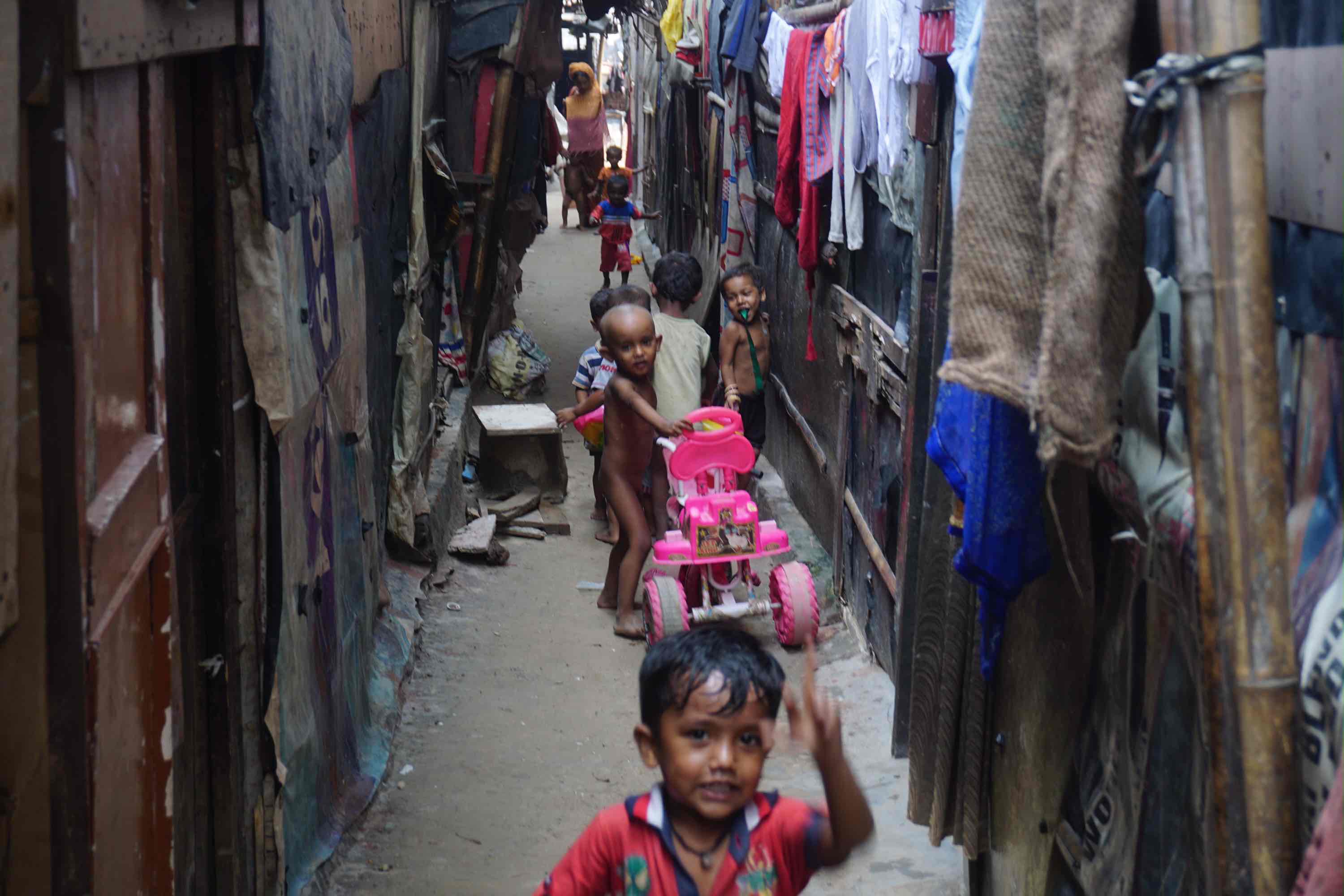 A second argument is that the growing internationalisation of the crisis erodes India’s ability to engage and influence the Burmese government bilaterally. Therefore, it goes, New Delhi should not join the chorus of voices condemning the human rights abuses allegedly committed by the Myanmar army in Rakhine. Unfortunately, the crisis has not only been internationalised, but also “Islam”-icised. As recent moves by Turkey and Saudi Arabia suggest, there are regional and sub-regional actors more interested in highlighting the communal flavour of this ethnic conflict than in resolving it. The last thing New Delhi would want is for another flashpoint of extremist Islam to crop up in the subcontinent, and for it to be used as a political punching bag by groups such as the Organisation of Islamic Cooperation.

Then there is the assertion that human rights diplomacy is all but a Western creation, whereas India’s foreign policy engagement must be based on other, presumably security-driven, “core” interests. Why, then, has New Delhi agreed to a broad-based discussion on the responsibility to protect and prevention of ethnic conflict at the UN General Assembly this month, where the Rakhine crisis will feature centrally? Among those who abstained or opposed the proposal were China, Bhutan, Myanmar, Russia and Pakistan too. If such normative concepts require, in the words of India’s permanent representative to the UN, “careful deliberation”, why did India not assess the consequences of its endorsement of the Suu Kyi regime during the current crisis? India’s posturing at the UN even as conflict simmers in Myanmar plays into precisely the kind of criticism that many Western nations have been accused of: paying lip service to human rights ideals.

And finally, some ascribe India’s cautionary approach to the concern that an antagonised Myanmar will spin into Beijing’s “sphere of influence”. China’s reach in the subcontinent is growing, but it is too simplistic to assume the bad guys will flock to Beijing. If anything, China has in the last decade dexterously cultivated Myanmar’s civilian regime, Nepal’s Maoists, Bhutan’s monarchy and Sri Lanka’s Maithripala Sirisena-led government: all “good guys” in New Delhi’s book. Those who claim that some great game between India and China is going on in the region should ask whether India has really brought to bear its normative pull and political “soft” power on errant neighbours. Individual projects may differ, but India’s regional assistance has largely pivoted around the same resource-based assistance as China’s. The reality is that New Delhi shares the same skepticism as Beijing of human rights instruments and institutions developed by the West, and is reluctant to deploy them in South Asia. So if countries like Sri Lanka have called India’s bluff – at the UN Human Rights Council and other forums, for instance – in recent years, it is on account of New Delhi’s half-hearted efforts to promote accountability or reconciliation, not because Beijing offers better political leadership.

The perceived lack of US interest under the Donald Trump administration in attending to the crisis does complicate India’s position. But ethnic conflict in the Rakhine is showing signs of snowballing into a pan-regional crisis: as with the Maldives, money and support from West Asia is flowing into the province, and if recent developments in Bangladesh are any indication, the Myanmar government will struggle to contend with radicalisation among the Rohingya. New Delhi can hardly afford to wait for the US to show up as it did during the Barack Obama administration’s time, to wedge a political opening in Myanmar.

Finally, the shrill calls to keep Rohingya Muslims out of the country poison the political space required by New Delhi to troubleshoot this crisis. The prime minister’s office and the MHA should know better than to listen to these “not-in-my-backyard” voices as India should lead by example in offering humanitarian assistance, including asylum, to Rohingya refugees. This is only a short-term solution: there can be no sliding back from the ultimate requirement of creating the conditions for the Rohingya to return to their homes in the Rakhine safely and honourably. To pressure Myanmar into doing so,India has to move beyond its transactional approach to dealing with its neighbourhood.

Arun Mohan Sukumar is a doctoral candidate at The Fletcher School, Tufts University.