From India to the Indian Ocean, the Modi Govt Has Been Floundering for Years

With displays of outright incompetence in many situations, the thin-on-talent Modi government has bungled its way through four years of diplomacy and policy without any sign of course correction. 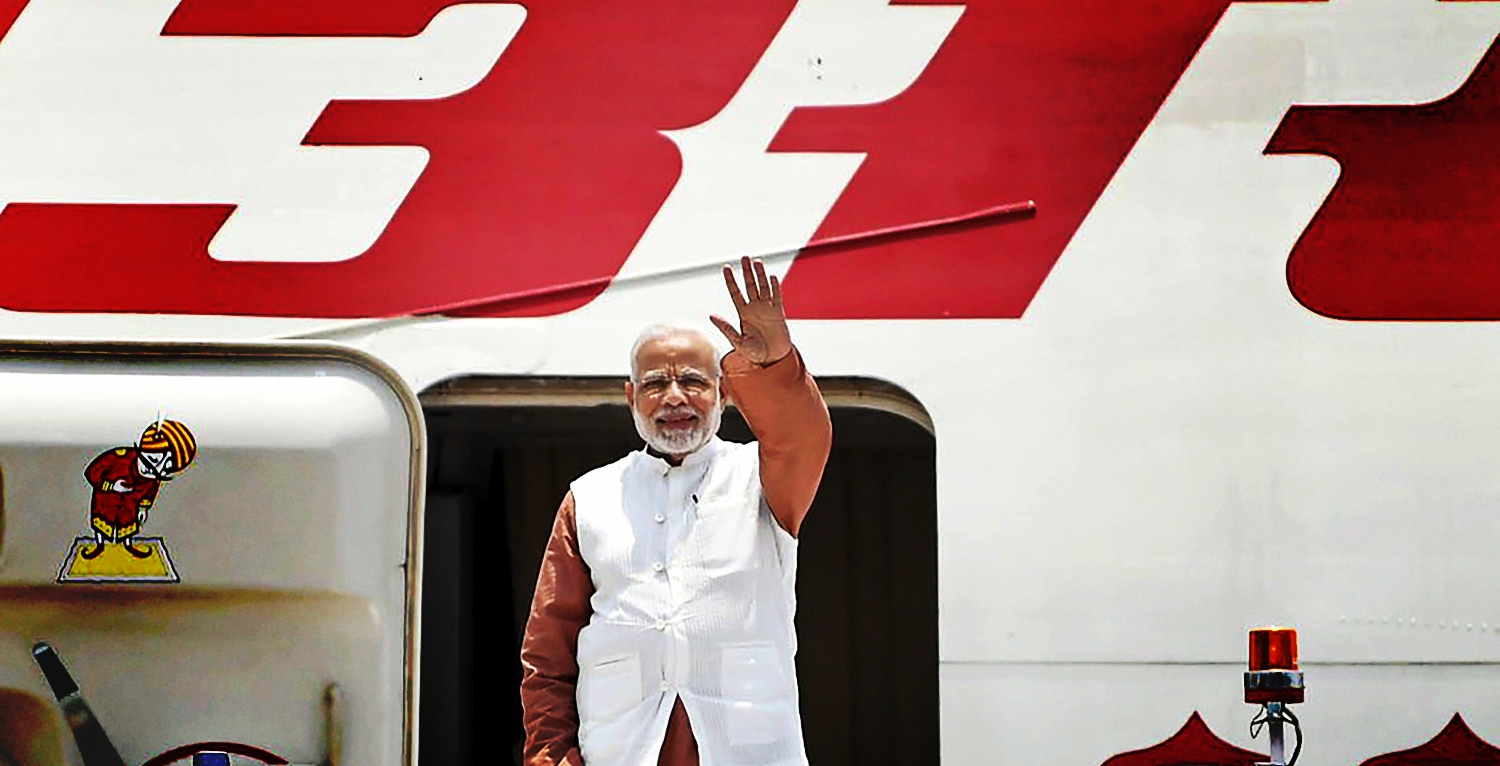 Prime Minister Narendra Modi waves as he emplanes for his visit to Indonesia, Malaysia and Singapore. Credit: PTI

In her story, ‘Indonesia told India its quest to join Malacca Strait patrols isn’t feasible’, The Wire‘s Devirupa Mitra tells us the extraordinary story of tin-eared Indian officials and diplomats who were simply unaware of the rules and dynamics of the states on the littoral of the Malacca Straits. They sat down at an “expert level meeting” earlier this month to discuss India’s proposal for joining the Malacca Straits Patrol (MSP) and its Eyes in the Sky (EIS) initiative.

But the Indian side clearly did not do its homework and evidently did not understand how this quadrilateral arrangement between Indonesia, Malaysia, Singapore and Thailand works. In the MSP littoral states patrol their own territorial waters, albeit in a “coordinated” rather than “joint” manner. And under the EIS, representatives of all four countries are in the aircraft that conducts the patrol.

What came across was India’s ambition for its navy to send its warships and maritime surveillance aircraft to patrol the straits. Indonesia had to inform the Indian “experts” that Section 37 of the United Nations Convention on the Law of the Sea (UNCLOS) stipulates that only states bordering the straits could patrol them. The bigger failing here is the inability to understand ASEAN culture, which emphasises low-key ties and consensual behaviour.

A question of competence

There have been questions about the Narendra Modi government’s competence for some time now. The disastrous demonetisation that caused huge job losses in the informal sector is, of course, a striking example. No one, even today, knows who advised the prime minister into taking that drastic step that resulted in so much pain for the aam admi without any commensurate gain.

This was followed by the botched implementation of the Goods and Services Tax. In the ensuing months, it became obvious that there were shortfalls in the GST revenue collection. A bigger disaster took place on February 1, 2018 when the e-way billing system that was supposed to electronically track the movement of goods across the country, collapsed. This was as much due to its over-complicated implementation procedures as the network system set up for it. Immediately, the GST council postponed the implementation of the procedure indefinitely.

In its meeting in March 2018, the GST council acknowledged the failings and decided to introduce the system in a phased manner thereafter.

The latest instance of incompetence of the Modi government appears to be the Air India divestment. On May 31, the deadline for bids for a 76% stake in its operation expired without a single bidder coming forward.

The poor response arose from the conditions set by the government. First, it wanted the buyer to take over not only Air India, but its two subsidiaries as well – Air India Express and Air India Airport Services. The buyer would have to inherit the Rs 24, 576 crore debt of the airline, the government would retain 24% of the stake,  and none of the airline’s bloated permanent staff could be sacked for a year. The government stake, many potential buyers felt, would lead to constant interference in operations and also make it difficult for the new management to deal with excess staff.

Almost all commentaries on the issue had forecast that it would be difficult to reel in buyers with these onerous conditions. But the tin-eared government did not hear them.

A matter of incompetence

In foreign policy areas, despite the hype and hoopla, the Modi government’s performance has been poor. It has now, in fact, backtracked from its positions. After wooing Pakistan by personally descending on Lahore on the occasion of Nawaz Sharif’s birthday, Modi swung to the other extreme by ordering heavy retaliatory firing on the border and denouncing Pakistan in international forums. Now, after much destruction and deaths of civilians and service personnel, India has agreed to a ceasefire.

In the case of Nepal, so incompetent was the bureaucracy that it sought to get Kathmandu to amend its constitution four days before it was to come in force. Subsequently, in an act of pique, a blockade was enforced on the landlocked Himalayan country. All of this contributed to anti-Indian sentiments surging in the country, leading to the election of K.P. Sharma Oli as prime minister.

Again, in the case of China, after an exchange of visits by Xi Jinping and Modi in 2014 and 2015, relations deteriorated when the government sought to play the Tibet card and undertook megaphone diplomacy by publicly demanding that China support India’s candidature to the Nuclear Suppliers Group and Masood Azhar’s designation as a terrorist in a UN Committee. Again, in recent months, India has had to backtrack, publicly withdraw the Tibet card, and calm down its rhetoric.

The poor handling of Jammu & Kashmir  is another issue. Some of Modi’s advisers sold him the notion that a relentlessly hard approach could resolve the Kashmir issue once and for all. The result was a major security forces offensive that led to the killing of scores of militants. But, instead of decreasing, recruitment to the militant ranks has been increasing. Further, the security forces are having to contend with large public protests even as they are conducting an operation against the militants. The government then appointed Dineshwar Sharma interlocutor to try and suggest ways to bring down the temperature, but his limited limited his mandate  the point of ineffectualness.

From the outset it has been clear that the Modi team has been somewhat thin on talent. In trying to ensure his own primacy, he kept out experienced BJP leaders like Yashwant Sinha, Arun Shourie and B C Khanduri from the Council of Ministers. Instead he promoted rookies like Smriti Irani and Nirmala Sitharaman to levels way beyond their experience and competence.

Suresh Prabhu, billed as a star performer, could not manage his railway portfolio and had to be shifted to the commerce ministry. In his major reshuffle of July 2016, instead of taking the opportunity to course correct and induct talent, Modi merely reshuffled the pack and did little else besides dropping some junior ministers.