Nearly ten days ago, the Brazilian government’s plan to send a plane to pick up 2 million doses from Mumbai turned awry. 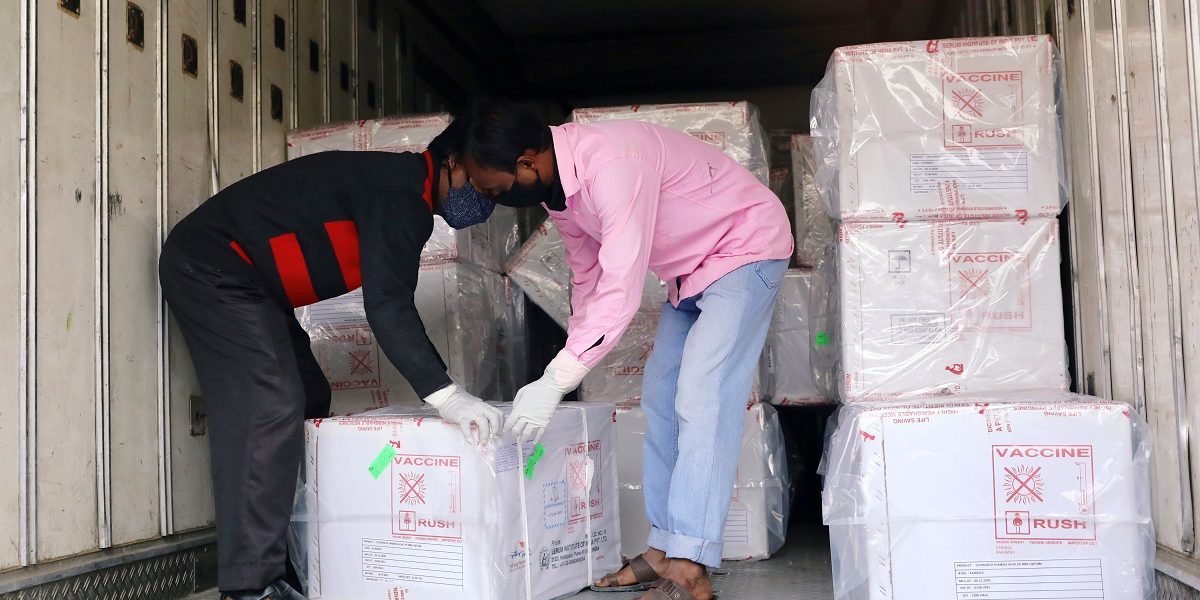 New Delhi: Nearly 10 days after the Brazilian government’s plan to send a plane to pick up 2 million doses from Mumbai turned awry, India will begin commercial export of Oxford-AstraZeneca’s Covishield vaccine to Brazil from Friday.

On Wednesday, India delivered 250,000 doses of Covishield to Bhutan and Maldives, which marked the supply of Indian-manufactured COVID-19 vaccines to foreign countries. Another three million doses were sent to Bangladesh and Nepal on Thursday. These vaccines have been ‘gifted’ by India to these countries as part of a diplomatic campaign in the neighbourhood.

However, India did not give a clear indication on Tuesday of when countries waiting to purchase vaccines from the Serum Institute of India (SII) will get a pick-up date. The Ministry of External Affairs’ statement declared that vaccines will be supplied to “partner countries” over the “coming weeks and months” while ensuring that domestic manufacturers have adequate stock for the Indian immunisation programme.

Informed sources had told The Wire that the Indian government is likely to convey its decision on when Brazil can airlift its two million doses manufactured by SII by Friday.

The Wire has learnt that Brazil is not sending a plane this time, but that the country will be using an Emirates-operated flight to transport the vaccine doses.

COVID-19 vaccine supply has become a major political issue for the Brazilian government, which is being pilloried daily within the country about its response to the pandemic. Over 200,000 Brazilians have lost their lives in the pandemic, which is the highest death toll outside the US. Brazil is again facing a rising graph of cases, with new more contagious variants recently identified.

President Jair Bolsonaro wrote a letter on January 8 to Indian Prime Minister Narendra Modi requesting quick delivery of the 2 million Covishield vaccine doses. According to sources, the Brazilian president had also mentioned that he would understand that any such delivery should not interfere with India’s domestic requirements.

As part of the BRICS group and with common positions on most multilateral issues, Brazil and India have had good political relations. In January 2020, Bolsonaro had also been the chief guest at India’s Republic Day celebrations.

The letter had been written after the Indian health secretary had categorically denied that there had been any ban on the export of COVID-19 vaccines. The pronouncement had come in the wake of SII CEO Adar Poonawalla stating that the Indian government will not allow the export of Covishield for several months.

At a press conference on January 5, health secretary Rajesh Bhushan called it “misinformation” that India had barred the export of COVID-19 vaccines.

“On January 5, the health secretary said that there would be no restrictions. If you read the declarations carefully, it gives the impression to all the countries that they could just move and buy as long as there is adequate stock for India,” said a source, aware of developments related to India’s vaccine diplomacy.

After the categorical denial that exports were banned, foreign missions in Delhi were working on getting an estimate on how many vaccines the Indian government would buy from SII. A few days later, several media reports stated that the Indian government had placed a purchase order of 11 million doses with the Pune-based firm. In December, SII had stated that it had a stock of around 50 million doses.

The source said, “When India announced that it is not buying up all of SII’s stock, there was an enthusiasm (among foreign nations) that if the Indian government doesn’t buy and Serum (Institute) has such a big stockpile, then they can go ahead to deal with them since it was a private firm.”

However, Indian external affairs minister S. Jaishankar said on January 12 at a virtual conference, Reuters Next, that the Indian government will decide on COVID-19 vaccine exports “in a few weeks”.

On January 13, three ministries of Brazil – defence, foreign affairs and history – issued a joint press note that a special flight will be sent to Mumbai to pick up two million doses of Covishield.

Twelve hours later, Indian foreign affairs ministry spokesperson Anurag Srivastava poured cold water on the Brazilian government’s plans. “It is too early to give a specific response on supplies to other countries as we are still assessing production schedules and delivery and we will take decisions in this regard in due course. This may take some time,” he said at the weekly online briefing.

Also Read: A Saboteur Within: How Quackery, Lies and Diplomatic Fiasco Broke Brazil

The Brazilian plane never left the city of Recife to make the 15,000 kilometres to India as planned. At first, the Brazilian health ministry stated that the flight had been only delayed due to “international logistical differences”. But, thereafter the plane was diverted to carry oxygen supply to the capital of Brazil’s Amazonas state which has seen a sharp surge in COVID-19 cases.

Sources confirmed to The Wire that the flight for India did not have the requisite authorisation from Indian authorities before the Brazilian government went public on January 13. Preparations for the flight, as mentioned earlier, were apparently triggered by the Indian health secretary’s statement about exports which had appeared unconditional.

For Brazil, it was important to move fast as President Bolsonaro had announced it will start the vaccination programme by January 19-20 with Covishield vaccine. It had been part of his upmanship with São Paulo’s state governor, João Doria, who was planning to start his own vaccine programme, but with the Chinese vaccine CoronaVac.

Signalling the urgency of the procurement of Covishield vaccine, Brazilian foreign minister Ernesto Araujo had also spoken with Jaishankar last week, according to sources. Then on Monday, President Bolsonaro met with the Indian ambassador to Brazil, Suresh K. Reddy.

A known China-basher, Bolsonaro had fiercely disparaged the CoronaVac vaccine. His health ministry had even cancelled an agreement with China’s SinoVac in October 2020. But, the federal government made a U-turn and signed an agreement with São Paulo’s state Butantan institute to buy 46 million doses of the Chinese vaccine.

Indian officials are aware that the Brazil government mainly need Covishield vaccines from India to kick-off the vaccination programme. Brazil’s research institute, Oswaldo Cruz Foundation (Fiocruz) had got a contract to manufacture the Oxford-AstraZeneca vaccine, but was scheduled to start supplying them from mid-February. “The vaccines from India were only supposed to be for the early days of the immunisation programme,” said the source.

On Tuesday, Fiocruz announced that it can only start supply COVID-19 vaccines from March, instead of February.

Meanwhile, Brazil’s health regulator, ANVISA approved the emergency use of China’s Coronavac and Oxford-AstraZeneca’s Covishield vaccine on Sunday. Minutes after the approval, President Bolsonaro’s political rival, Doria was at a news conference where a 54-year-old São Paulo nurse became the first person to be inoculated in Brazil, getting the Chinese vaccine.

While the vaccination programme with CoronaVac is going ahead, its continuity is under a shadow. Brazil is looking at further delays in domestic manufacturing of the two vaccines as critical active ingredients are not being imported due to bureaucratic bottlenecks in China.

After the MEA’s announcement on January 19, a slew of articles in Brazilian media noted that the country was not on the list of countries which had been put on a priority list.

Faced with questions, Brazilian foreign minister Ernesto Araújo denied that there was a political dimension to not being able to procure active ingredients from China or vaccines from India.

He informed the House of Representatives’ foreign affairs committee that he was personally supervising talks with the Indian government. But, he did not give a date of when Brazil will be able to get its hand on two million doses of Indian-manufactured vaccine. “Regarding the deadline for delivery of the vaccines we are importing from India, I cannot mention a deadline now, but I wanted to reiterate that it is well underway and that I am personally conducting the talks with Indian authorities,” he said on Wednesday.

Araújo claimed that the export of vaccines was an “obviously” sensitive issue for India as it had launched its own vaccination programme. “It (India) is an immense country and also a developing country like us, but the issue is well underway with the need for our vaccination schedule, of course, in mind,” he told Brazilian lawmakers.

While the Brazilian foreign minister was reticent, informed sources stated that indication about the vaccine supply would be conveyed by Friday or in the next couple of days.

Note: This article has been updated with the news of India having set a date for the delivery.