The second day of the hearing on making Operation Blue Star documents public was dominated by discussions on the degree of sensitivity and India’s alleged reluctance for them to be released. 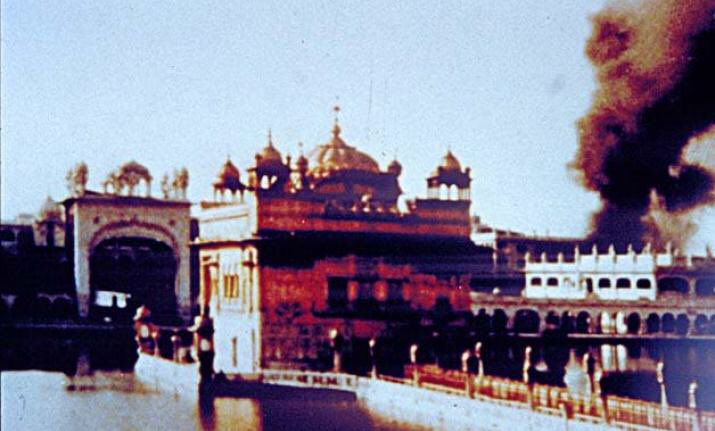 Has India voiced its concerns against the release of Operation Blue Star files because it could be a “live political issue” and a “threat to Indian security”, or is the UK using India as an excuse to keep its involvement in the 1984 event under wraps? And would the release have “real implications”, as a former British diplomat has said?

The second day of the hearing at the First-Tier Tribunal in London on Wednesday, on making Operation Blue Star documents public, was dominated by discussions on the degree of sensitivity and India’s alleged reluctance for them to be released.

“The Indian government does have some understanding of what is in those documents,” Owen Jenkins, former Foreign and Commonwealth Office director for South Asia and Afghanistan, who returned to give evidence on day two, told the court but could not elaborate in an open court. He insisted that the “Indian government would not see sensitive information disclosed by the UK as an historical enquiry, but something with real implications”.

“There is a risk that they [India] would see this [release of documents] as an interference in their internal matter,” Jenkins told the court.

The court is hearing this case after journalist Phil Miller had asked for the release of documents related to Britain’s involvement in Operation Blue Star of 1984 under the Freedom of Information Act citing public interest, but was denied. He then approached the court to intervene.

The government is arguing under Section 23, which says it can refuse to disclose documents received from or related to certain departments like the security service and secret intelligence service by proving that confidentiality clearly takes precedence over public interest.

Miller’s counsel cited examples of other sensitive and damaging documents that have been released: the “stark analysis” of Rajiv Gandhi as a potential prime minister (in the wake of Indira Gandhi’s assassination), and a discussion on finding ways to stop citizenship and asylum applications from Sikhs. She asked Jenkins why then could the Blue Star files not be open to the public.

“Cabinet office allows release of documents that can be considered historical but not description of particular events that are sensitive,” Jenkins replied. He maintained that in his assessment, the release of Operation Blue Star documents would have “real implications.”

Referring to the examples used by Miller’s counsel, Jenkins pointed out that after the assassination of Indira Gandhi, Rajiv Gandhi was “thrown into it” and that he himself was “not jockeying power” and the document referred to him was an honest appraisal and in the public interest. Jenkins also sought to delink the wider Sikh community from certain individuals who were of concern then.

Miller’s assertion that with the BJP in power, India is more welcoming to the disclosure, was refuted by Jenkins. “I am not disputing there are disagreements between BJP and the Congress, but it’s not a dramatic rupture. I think the statements made by BJP are not dissimilar to the Congress on the issue of political sensitivity,” said Jenkins.

Miller’s counsel reiterated that the “open conduct [of the BJP] suggests that they wouldn’t object to further evidence”. But Jenkins maintained that if the UK disclosed the information in those files, it would be a “breach of trust and risk to India’s national security”.

“BJP would still resent any interference. They continue to take an assertive stand where they would not allow foreign powers to interfere in their internal affairs,” Jenkins told the court.

Perhaps the most important evidence, in this case, comes from the senior-most witness Philip Barton, director general, consular and security at the Foreign and Commonwealth Office who gave his testimony to the court in confidentiality yesterday. Miller’s team was given a chance to cross-examine him on Wednesday afternoon.

However, Barton’s testimony was not available to Miller’s lawyers in its entirety. Some very general bits were given to the counsel on Tuesday night and slightly more detailed (though a significantly smaller part) made available during lunch break. With not enough time to prepare, Miller’s counsel requested more time but was denied, as Barton would be unavailable over the next few days due to his other work commitments (more specifically, the matter of the poisoning of a former Russian spy in Salisbury earlier this week) and the court did not want to risk prolonging the trial.

A disappointed counsel then questioned Barton for just 30 minutes on technicalities of the classifications of documents. With no concrete information on Barton’s evidence, the counsel used hypothetical situations to understand this.

Barton’s replies threw light on the various sources of information and how they are collected and collated. He indicated the “security officers are always present” during these classifications and can decide to evoke section 23 with regards some documents based on “information as well as assessment” of international relationships.

The government maintained that the contents of those files were a “live political issue” and India too was reluctant to see it in public domain.

Statement from India could help

Christopher Stanley, Miller’s counsel at KRW Law, who is fighting this case pro bono, believes that a statement from the Indian government would strengthen their position.

“Congress party and the Gandhi dynasty are weakened. Time has moved on in 30 years. BJP is in power and wants to confront this issue. While it’s the nature of British government to maintain secrecy, the Indian government does not see any need for it,” Stanley told The Wire.

KRW Law, which is representing the Sikh Federation UK, on Monday, gave the Foreign and Commonwealth Office a pre-action letter for a proposed claim for judicial review. According to Stanley, the Heywood Review was a “very closed government enquiry and hence limited in its scope” and “the public review will give Miller and others a chance to present their evidence to be incorporated in the report”.

“Any comment from the Indian government on the Operation Blue Star documents will be very useful to us,” Stanley told The Wire. The hearing continues.