India Tells China: No Change in LaC or LoC After Recent Moves

While China wanted India not to impact regional peace and stability, India reminded Beijing of the gains of the Wuhan summit. 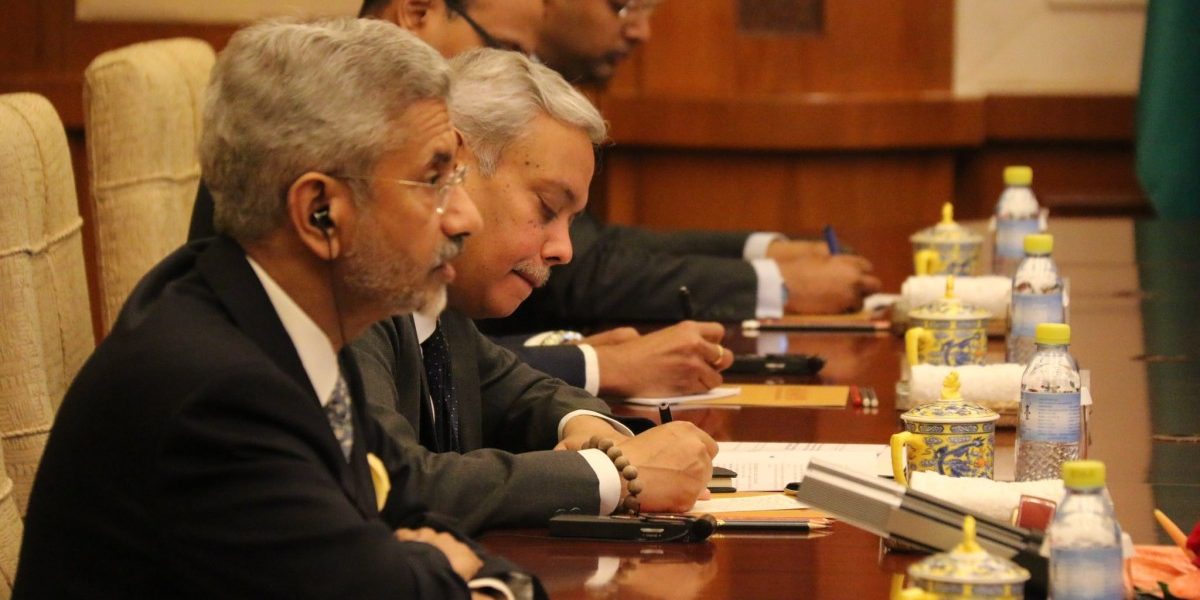 New Delhi: When foreign ministers of China and India met in Beijing on Monday, the shadow of the removal of special status and bifurcation of Jammu and Kashmir, on their discussions was palpable.

The Chinese leader wanted India not to impact regional peace and stability, while his Indian guest reminded Beijing of the gains of the Wuhan summit.

“When it comes to the recent tensions between India and Pakistan and the possible ramifications, we follow these developments very closely. We hope that India would also play a constructive role for the regional peace and stability,” said Chinese state councillor and foreign minister Wang Yi at the joint press appearance after their talks.

Jaishankar had arrived in Beijing on Sunday (August 11) on his first visit to China as external affairs minister. On Monday, he co-chaired the 2nd meeting of the High Level Mechanism on Cultural and People-to-People Exchanges.

While the public statements did not make direct mention of Pakistan, the separate press notes from Indian embassy and Chinese foreign ministry indicated that there was a considerable amount of time spent on the modification of Article 370.

As per the Indian press note, Wang Yi had raised the issue. The Chinese foreign ministry press release stated that during the talks, “Wang Yi showed China’s principled stand on the recent unilateral measures of the Indian side on Kashmir-related issues…”

Jaishankar responded by reiterating India’s stance that it was an internal matter and done with the aim to promote “better governance and socio-economic development”.

Jaishankar also told Wang that India was not intending to change the status-quo at the border.

“There was no implication for either the external boundaries of India or the Line of Actual Control (LAC) with China. India was not raising any additional territorial claims. The Chinese concerns in this regard were therefore misplaced” (MEA press release, August 12)

Jaishankar also said that regarding the India-China boundary question, the two sides had “agreed to a fair, reasonable and mutually acceptable settlement of the Boundary Question on the basis of the 2005 Political Parameters and Guiding Principles”.

While Wang did not repeat China’s trenchant opposition to the Indian government’s recent moves in Kashmir publicly on Monday, Jaishankar’s media statement alluded to the Chinese reaction by stating that differences should not be allowed to impede improvement in ties.

To ensure that India-China relations are a factor for global stability, “ it was important that differences between us, if any, should not become disputes,” added Jaishankar.

He noted that the Wuhan informal summit had managed to help improve relations. In 2018, the summit was organised to get the relations between the two countries back on the rails after the strain of Doklam crisis, when the armies of both sides were eyeball-to-eyeball for over 90 days.

“It was matter of great satisfaction that at the Wuhan summit last year, there was very deep, constructive and open exchange of views between our leaders. We have seen the impact of that on the bilateral relations since,” said Jaishankar, who had been foreign secretary during the Doklam crisis, as per a report of PTI.

When Wang Yi noted the rising tensions between India and Pakistan, Jaishankar repeated that the recent legislative changes would not change external boundaries. “It did not impact the LoC (Line of Control),” said the Indian minister, adding that China “should base its assessment on realities”.

He added that India had shown restrained in face of “provocative Pakistani rhetoric and actions” and that New Delhi was ready “for normalisation of the ties in an atmosphere free of terror”.

In his opening remarks, he also reminded that Prime Minister Modi and President had “recognised the reality and reached consensus at Astana that at a time of global uncertainty, India, China relationship should be a factor of stability”.

Chinese President Xi Jinping is scheduled to visit India later this year to take part in the second edition of the informal summit. Indian and Chinese delegations at the meet. Photo: Twitter

On August 6, China had described the carving of Ladakh into a separate union territory as “unacceptable”, following which India had ticked Beijing off for commenting on an “internal matter”.

This had been the most serious diplomatic spat since the reconciliatory Wuhan summit.

Chinese spokesperson Hua Chunying had said that the reorganisation of Ladakh would directly “impede China’s sovereignty”. “Recently India has continued to undermine China’s territorial sovereignty by unilaterally changing its domestic law. Such practice is unacceptable and will not come into force,” she stated.

Earlier during that day, Indian home minister Amit Shah said in Lok Sabha, “Kashmir is an integral part of India, there is no doubt over it. When I talk about Jammu and Kashmir, Pakistan occupied Kashmir and Aksai Chin are included in it”.

The assertion made by the Indian external affairs minister Jaishankar to Wang Yi that there would be no impact on either the Line of Actual Control with China or the Line of Control with Pakistan, seems to be in direct contrast to Shah’s claim in parliament.

Just before Jaishankar reached Beijing, Pakistani foreign minister Shah Mehmood Qureshi had already made an impromptu visit to Beijing after latest developments in Jammu and Kashmir.

Wang had said that the dispute “should be properly and peacefully resolved based on the UN charter, relevant UN Security Council resolutions and bilateral agreement”.

Qureshi had later claimed that China had agreed to support Pakistan’s proposal to lobby the United Nations Security Council to debate the Kashmir issue.