The Ministry of External Affairs remained pointedly silent on China’s contention that an “agreement” to “ameliorate” the border situation had been reached and was being implemented by both sides.

New Delhi: India on Thursday stated that maintaining contacts “to resolve” the stand-off with China and ensure peace and tranquillity on the border was “essential” for the future development of ties between the two Asian giants.

This was conveyed by the Ministry of External Affairs’ (MEA) spokesperson Anurag Srivastava at the weekly briefing on Thursday, even as he remained pointedly silent on China’s contention that an “agreement” to “ameliorate” the border situation had been reached and was being implemented by both sides.

Despite multiple questions on the reported dis-engagement at the border in the past couple of days and China’s announcement of an “agreement”, the MEA sidestepped them and noted that diplomatic engagement was continuing.

“As you are aware, a meeting was held between the Corps Commanders of India and China on June 6, 2020, in the Chushul-Moldo region. This meeting was in continuation of the diplomatic and military engagements which both sides have maintained to address the situation in areas along the India-China border. It was agreed that an early resolution of the situation would be in keeping with the guidance of the leaders,” said Srivastava in the virtual press briefing.

He noted that the two countries were “maintaining their military and diplomatic engagements to peacefully resolve the situation at the earliest as also to ensure peace and tranquillity in the border areas”.

“This is essential for the further development of Indian-China bilateral relations,” added Srivastava.

Earlier, after the June 6 meeting at the corps commander-level, India had issued a statement that “both sides agreed” that a peaceful resolution “is essential for the overall development of bilateral relations”.

Five days later, India reworked and emphasised that phrase – by turning that from a reference to a collective consensus to that of New Delhi’s own observation.

Since early May, Indian and Chinese soldiers have been facing off on the high Himalayas in eastern Ladakh after multiple encounters among patrol teams, with at least one of them deteriorating into fisticuffs and stone-pelting.

There had been several rounds of talks at various levels of border personnel as per the established mechanism, but the stand-off continued. India then initiated the highest level of meeting between corps commanders last Saturday, which was held on the Chinese side of the Line of Actual Control (LAC). 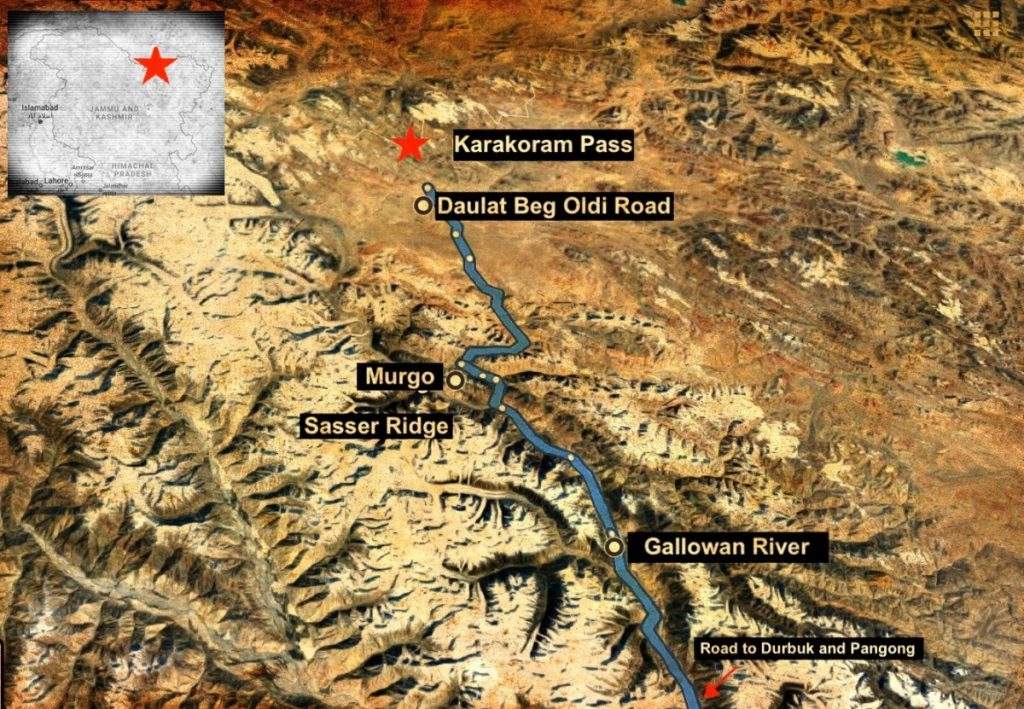 Two days later, Indian military sources stated that China had started to ‘thin’ away troops from the Galwan region and Hot Springs, which was reciprocated by India. However, there had been no change of status at Pangong Tso, where Chinese troops had crossed over the LAC which, as per India, ran through Finger 8, one of the mountainous spurs jutting into the Himalayan lake.

Unlike the Chinese reference to “actions” at the border, there has been no official government statement by India that refers to the ongoing military developments, besides stating that discussions are ongoing “to resolve” the stand-off.