The Chinese foreign ministry, meanwhile, stressed in Beijing that the situation at the border was “overall stable and controllable”. 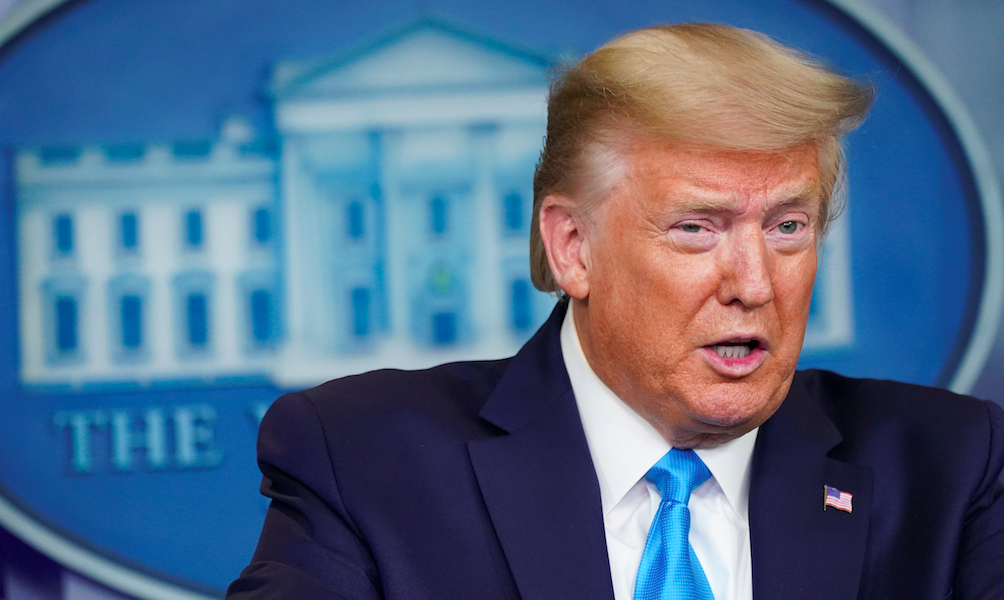 New Delhi: US president Donald Trump, on Wednesday, tweeted that the United States is “ready, willing and able” to mediate in India and China’s border dispute.

Trump said the US had already informed both countries of its decision to arbitrate. He also referred to the border tension as ‘raging’.

We have informed both India and China that the United States is ready, willing and able to mediate or arbitrate their now raging border dispute. Thank you!

The US President’s tweet, ironically, came just a few hours after the Chinese foreign ministry stressed in Beijing that the situation at the border was “overall stable and controllable”.

The Chinese foreign office spokesperson Zhao Lijian also underlined that China remains committed to safeguarding its territorial sovereignty and security, and safeguarding peace and stability in the border areas.

Stating that the border with India is “overall stable and controllable”, Zhao said that the two countries have proper mechanisms and communication channels to resolve the issue through dialogue and consultation.

“China and India have complete border-related mechanisms and communication channels, and both parties have the ability to properly resolve related issues through dialogue and consultation,” Zhao replied in answer to a question on whether diplomatic channels have opened after military commanders were unable to resolve the border issue.

Here in Delhi, the Chinese ambassador Sun Weidong said at an virtual event that China and India should not let their differences shadow the overall bilateral ties.

He, however, did not directly refer to the military standoff at the border.

“We should correctly view our differences and never let them shadow the overall situation of bilateral cooperation. At the same time, we should gradually seek understanding through communication and constantly resolve differences,” Sun said.

Last week, US’s top diplomat for south and central Asia, Alice G. Well had said that “flare-ups” on the border were a “reminder that Chinese aggression is not always rhetorical”. “Whether it is on the South China Sea, or along the border with India, we continue to see provocations and disturbing behaviour by China that poses questions about how China seeks to use its growing power,” she stated.

A day later, Chinese foreign office spokesperson lashed out at Wells, stating that she was “talking nonsense”. He also said China and India were discussing the matter “via diplomatic channels and “it has nothing to do with the US”.

The military brass is learnt to have apprised Modi about the evolving situation in eastern Ladakh, though officials maintained that the agenda of the pre-scheduled meeting was to discuss the ambitious military reforms and ways to boost India’s combat prowess.

In view of the nearly 20-day standoff between the two sides, the Indian Army has significantly ramped up its presence in sensitive border areas in North Sikkim, Uttarakhand and Arunachal Pradesh besides Ladakh to send across a message that India will not be wilting under any aggressive military posturing by China, the sources said.

The Chinese side has been particularly peeved at India laying a key road in the finger area of Pangong Tso Lake region besides another road connecting the Darbuk-Shayok-Daulat Beg Oldie road in Galwan Valley.

The situation in eastern Ladakh deteriorated after around 250 Chinese and Indian soldiers were engaged in a violent face-off on the evening of May 5 which spilled over to the next day before the two sides agreed to “disengage” following a meeting at the level of local commanders.

Over 100 Indian and Chinese soldiers were injured in the violence. The trigger for the incident was China’s strong objection to the road being laid by India in the Finger area in Pangong Tso lake.

Also read: Trump and Kashmir: If It Sounds Like Mediation, It Is Mediation

In August 2019, not for the first time, Trump had offered to mediate between India and Pakistan on the Kashmir issue.

While speaking to reporters in July 2019, during Pakistan prime minister Imran Khan’s White House visit, Trump had claimed that Modi had asked him to mediate on the Kashmir issue. This was rebuffed by the Indian government, which stated that its traditional opposition to any third-party intervention had not changed.

US President Donald Trump’s response to #Pakistan Prime Minister Imran Khan asking for support to push peace talks with #India.
“I met Indian PM Modi two weeks ago.. he asked me, do you want to be mediator, arbitrator.. I asked where? He said #Kashmir” pic.twitter.com/odOS7e5uKe